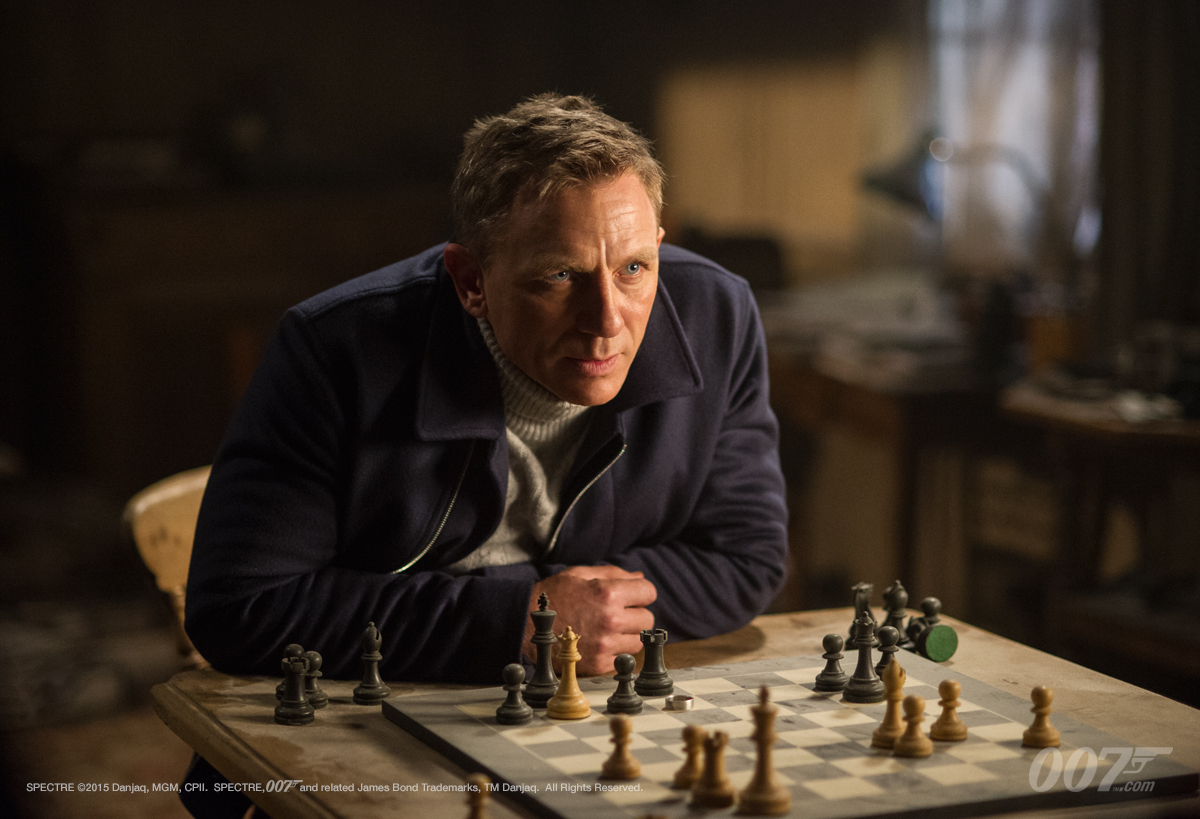 Perhaps hard to believe, Daniel Craig has now embodied James Bond for a decade. Speeding across the Thames on a military boat, he was unveiled to the world’s press as the new 007 on 14th October 2005. Since his arrival, the pretty-boy image of the Brosnan era has vanished, instead leaving a leaner, meaner MI6 super-spy to occupy our multiplexes, and the results have been staggering.

Thus far (and not including any SPECTRE pre-sales), Craig’s films have grossed over $2 billion theatrically, and that isn’t just because he wears a suit so brilliantly. For our modern times, he is what James Bond should be: bold, brave and brazen. To celebrate the release of SPECTRE – in UK cinemas from Monday 26th October – we reflect on the best moments of his 007 voyage so far.

Whilst Craig’s physicality aids the more vigorous sequences, he is also a sensational verbal performer; able to drain every drop of tension and atmosphere from the scripting. Skyfall is absolutely packed with incredible scenes – action and characterised – but the MI6 training scheme in which Bond unwillingly partakes in a word association exercise is immeasurably brilliant.

The responses to the selected terms are not what the vast majority would first think of at all, yet they make much more sense personally and poetically. Across his term as 007, we have seen the rebirth of the literary icon; the making, the molding and ultimately the breaking. This short sequence conveys all of those thematic layers simultaneously.

In just 90 seconds, Bond manages to destroy a £100,000 super-car. That provides an indication of the breathless, break-neck pacing across this introductory sequence. Whilst we can universally agree Quantum of Solace is the weakest entry of the Craig era, it certainly gets underway with an unforgettable bang. Frenetic editing matches frantic visuals as Bond attempts to evade ruthless gunmen through the narrow streets of Siena, Italy.

The grit and aggression which pulsates through this pre-credit assault maintains the momentum from Casino Royale (remember, Bond has Mr. White in the boot of his car!), whilst setting up a sequel that promises to be brimming with brutality. Which is most certainly is as there is no doubt this is the most violent and personal mission for 007. In truth, a large percentage feels more like an action-thriller than a Bond film, but regardless of stance and opinion, there is no denying the gravity and gusto of this opening scene.

Since the 1960s on-screen and the 1950s on paper, we have familiarised ourselves with particular character traits of James Bond: he likes his women, he likes his cars, and he is extremely particular about his beverages. Fast-forward to 2005 and Craig completely side-swipes such notions within a single film; better yet, a single frame. Following the loss of $10 million in a game of poker (think you’ve had a bad day?), it is time for a much-needed stiff drink. Bond orders what we all expect, his beloved Vodka Martini, but isn’t too fussed about the methodologies behind its creation.

“Do I look like I give a damn?” he barks when the bartender asks whether shaken or stirred; a truly beautiful way to subtly shift this aging character into dynamic new territory. For years actors have been slipping into the tailor-made facade of England’s flagship agent, but Craig isn’t posing like the rest: instead he is re-forming what Bond is and means as opposed to simply just being. Sure it is only a few seconds of footage, but the impact and resonance is ever-lasting.

To follow on from the last point, so many moments in this exquisite revival feel alive with unique urgency. Bond is given a new format and lease of life thanks to Craig’s visual, visceral nature. Could you ever imagine his 007 combing his hair whilst driving underwater? Of course not. You’d more expect his Bond to wrap you in a headlock and squeeze until your eyeballs pop out. Muscular and moody, the re-introduction in Casino Royale gave audiences of past and present generations the chance to connect with the icon on a more human level, even when he is throwing down with this much savagery.

The extended parkour chase and fight sequence is quite frankly astonishing. Across eight dizzying minutes, Bond endures the ordeal of a lifetime as he attempts to detain Mollaka – a bombmaker for hire – in the Bahamas. Thanks to kinetic direction and progressive cinematography, we become utterly enveloped in the moment; heart-racing, finger-grasping, white-knuckle viewing. As the action scales higher and higher, the choreography becomes more complex and gruelling as Craig punches and kicks his way through a relentless foe. Regardless of how many times viewed, the bruising impact of this set piece remains in tact.

A rare moment in modern film, let alone Bond, when everything creatively marries with such unequivocal excellence that you cannot help but be awe-struck. This is one of the greatest recent sequences in Hollywood cinema, and easily of Craig’s amazing term as 007. To be honest, we could have dedicated an entire feature to great Skyfall moments, but this one would still take the rightful crown.

Bond arrives in Shaghai on his first mission after being reassigned by MI6. He is to eliminate Patrice, locate his employer and recover the stolen hard drive. Entering a skyscraper complex, he hangs silently in the dead of night; his environment alive with neon imagery and an overwhelming sense of tension. Across glass doors and walls which act like mirrors, 007 must scale and source Patrice before he engages in the assassination of an art dealer in the building opposite.

The combination of Craig’s remarkable screen presence – so assured and arresting, Sam Mendes’ intimate yet sprawling direction, Thomas Newman’s enthralling score and Roger Deakins’ utterly mesmeric cinematography (seriously, this is so immaculately gorgeous that it defies comprehension), amounts to something of towering magnitude. The brawl which breaks out between the two men after is also brilliant, but the atmospheric identity of the scene which precedes knocks it out of the park.

Spectre opens in UK cinemas on Monday 26th October. It reaches US screens on 6th November. 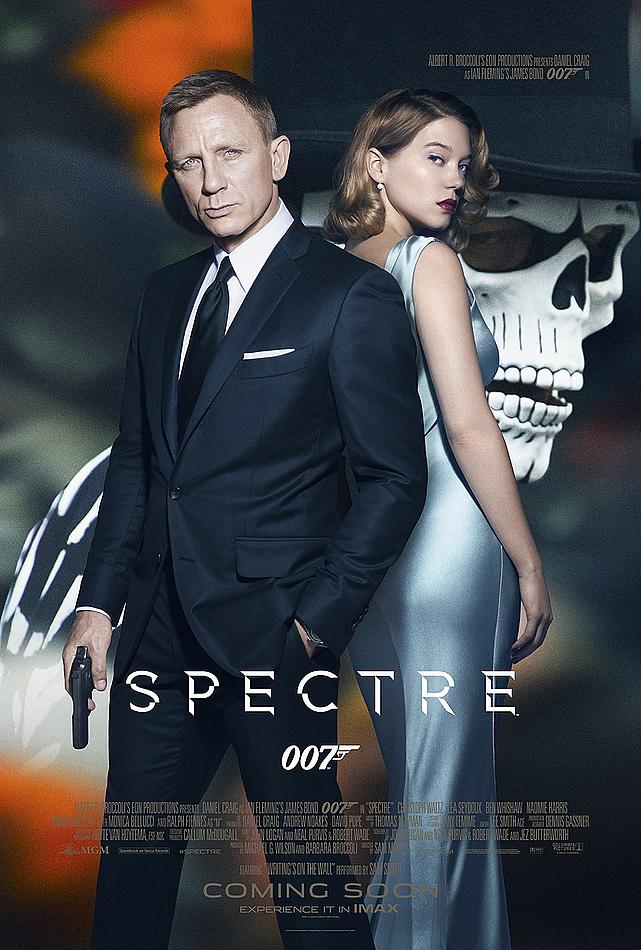