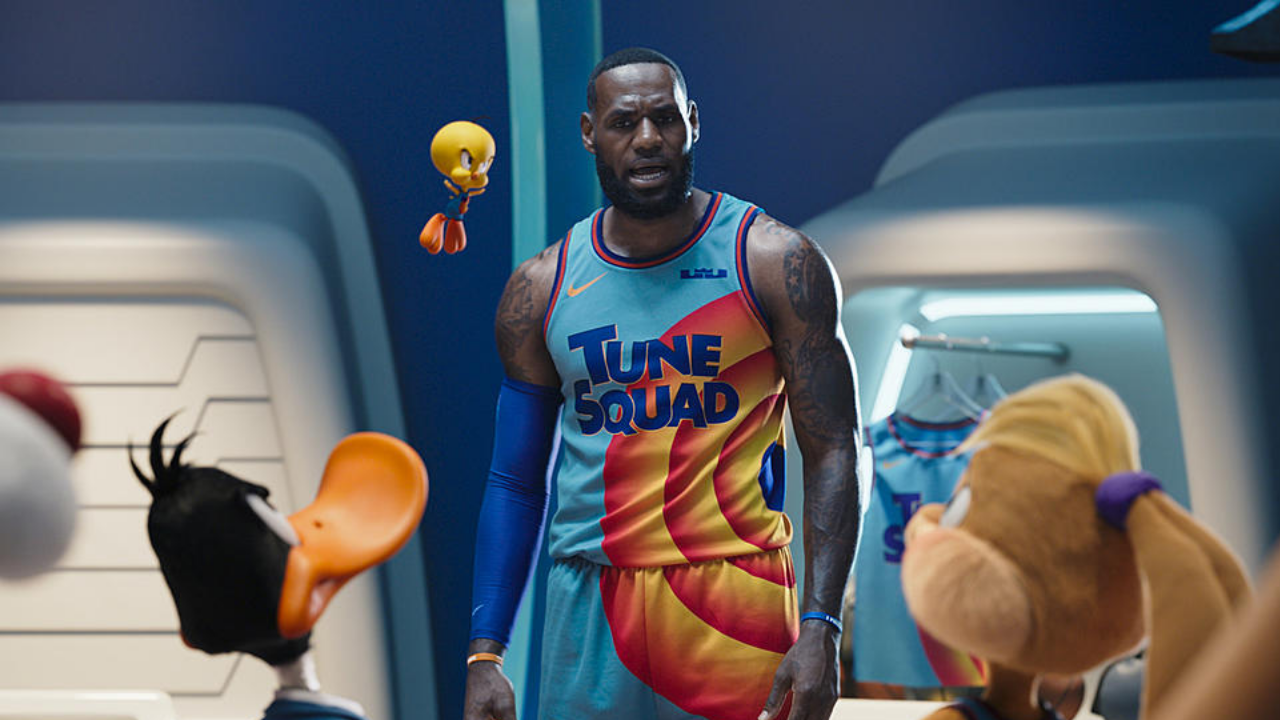 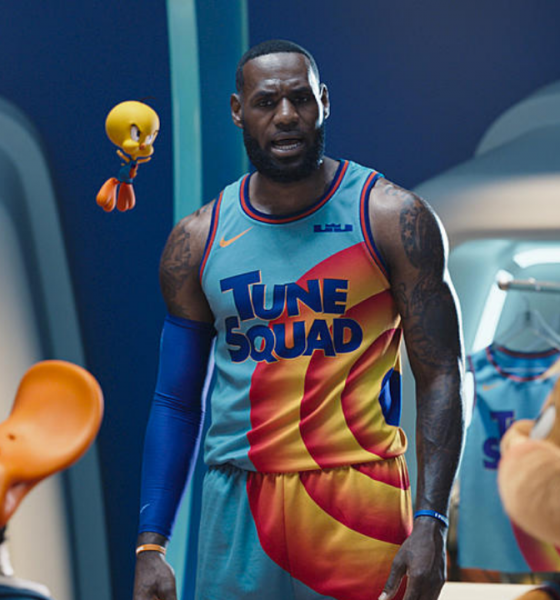 1996’s Space Jam stands as a cinematic cultural touchstone for many millennials today. Rising up to defend it from adult reappraisal, despite a number of baffling flaws; a memorable soundtrack and imaginative spectacle blew our tiny minds, and it serves as nostalgia functioning at its strongest. 25 years later and LeBron James laces up to take over from Michael Jordan in teaming up with Bugs Bunny, Daffy Duck and the rest of the Looney Tunes for director Malcolm D. Lee’s Space Jam: A New Legacy.

Even back in the 90s, Space Jam was the outcome of an algorithm of sorts: most celebrated basketball player in the world + hugely popular children’s cartoon franchise = $$$. New Legacy takes this further with its Big Bad being an algorithm itself. Played with wacky exuberance by Don Cheadle, Al G. Rhythm (get it?) is created to find Warner Brothers properties to insert LeBron James into. Batman, Game of Thrones, Harry Potter – the opportunities are endless! However, when the idea is presented to LeBron, he bluntly rejects it, thus upsetting Al who yearns for global recognition (perhaps akin to everyone’s affection for Spotify’s smooth well-engineered selections) and to escape the serververse. Al then lures LeBron’s tech-savvy son Dom (Cedric Joe) into this grasp, sucking both him and LeBron into the Warner Bros digital universe. At this point, the viewer also finds themselves trapped, as what ensues is a giant blenderful of IP based action, relentlessly and messily served up over 115 minutes that feel punishingly longer.

Challenged to a basketball game and dumped on Tune World, LeBron finds a lonely Bugs Bunny (voiced by Jeff Bergman), abandoned by his fellow Looney Tunes as they were convinced by Al to set sail for newer (read: more relevant in 2021) worlds. Joining forces, the pair journey across the seververse seeking out players for their team. To be clear, there is fun to be had with New Legacy. The intergalactic basketball match looks as visually incredible as you’d expect, there are some amusing references for basketball fans as well as some pretty funny set pieces that take place in the 4th quarter when the Looney Tunes are finally allowed space to shine. Yet, to no one’s surprise, what chokes the slim promise New Legacy may have held is the literal IP orgy that stands as its lasting impression.

With audiences seemingly reluctant to take chances on untested original ideas, the belief appears to be that the studio who merges and acquires their way to highest number of beloved properties is king. Yet, where films like Wreck-it-Ralph boasted a multitude of Disney IPs and well-known brands, this served the world-building and character development within the story. New Legacy, in comparison, relies wholeheartedly on ramming the recognisable down our throats and doesn’t trust enough in its storytelling or simply can’t be bothered to. This is ironic as one of the best ways it diverges from the original is in making the central tension between father and son. LeBron has forgotten about having fun and has become blind to Dom’s passion for video game creation over basketball success. This allows Al to poison Dom against him and seduce him down a path of easy options. There’s a lesson to be conveyed here, but New Legacy would rather repeatedly remind us that they own The Matrix – handy as the long-awaited 4th instalment arrives later this year. Is it entertaining to fuse iconic movie sequences with cartoon characters? Yes. Inserting Wiley Coyote and Roadrunner into Mad Max: Fury Road is inspired. Whereas Granny pulling out slo-mo kicks at every opportunity feels like an attempt at indoctrination.

If you have children, you’ll probably need to take them to see Space Jam: A New Legacy. It’ll have many of the bells and whistles that originally enchanted 90s kids, with the VFX of today adding another layer of awe. However, it’s the adults who are truly mistreated here, doomed to headache-inducing cash grabs and wondering why Blanche from Whatever Happened To Baby Jane? keeps popping up in the background.