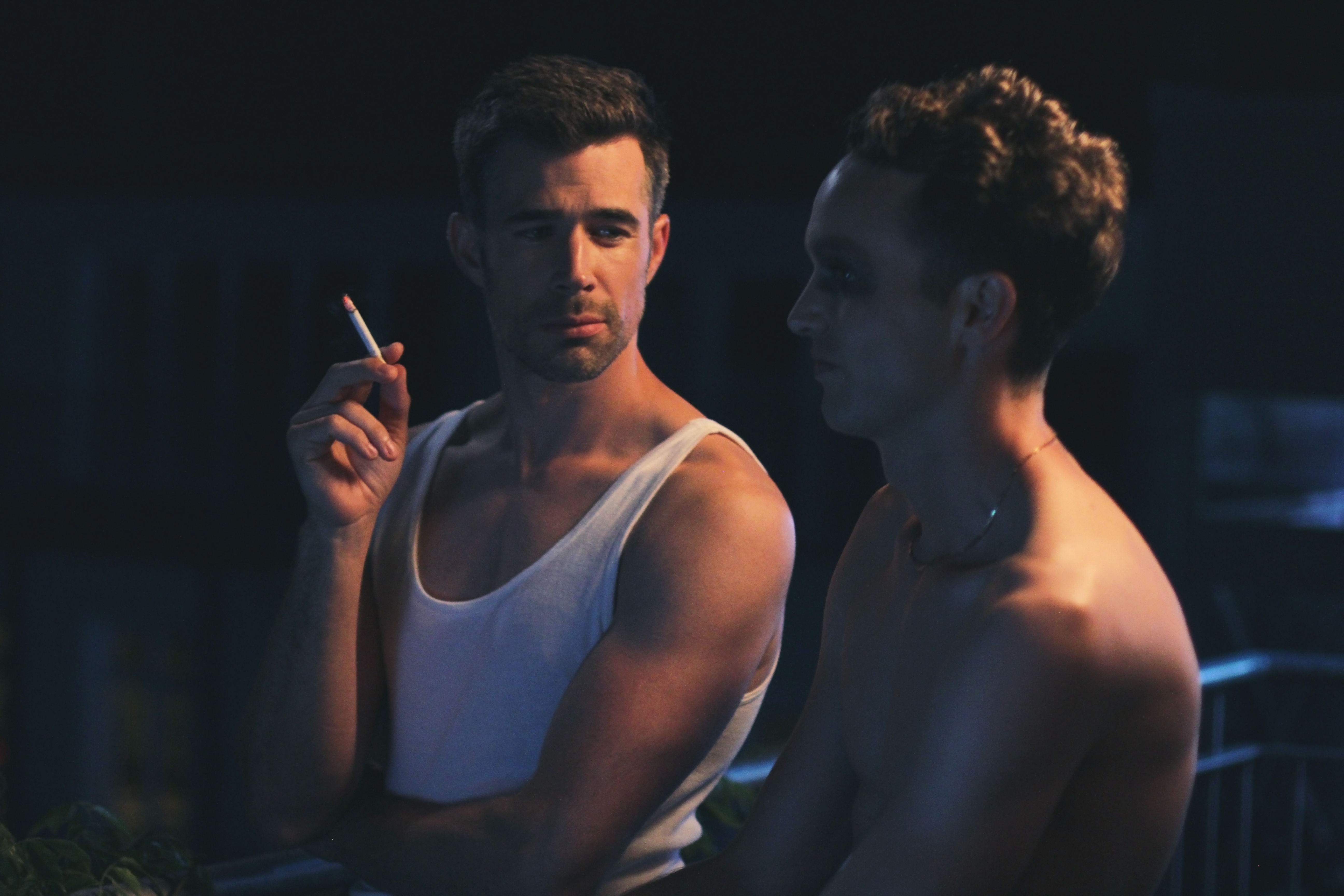 It’s quite the hypnotic and startling opening to this Mark Wilshin effort. The victim of a daring stag-do prank, a naked twenty-something Brit in Pip Brignall’s Will, is handcuffed to a lamppost on an eerily quiet Berlin street. Leading to a fantastical meet-cute that bristles with intensity, as Jo Weil’s strapping suit-wearing German goes on the charm offensive.

Through the pain of their past and a frailty in facing their future, Will and Michael are clearly shackled by their respective demons. A fine footballer with an abundance of confidence in his pursuit to go to the next level. Yet underneath Will lies a deep vulnerability, wrestling with his sexuality as his wedding day looms large. Eloquent in his musings and refined in aesthetic, the assured initial impression of Michael somewhat subsides, with him still reeling from the tragic circumstances of a past relationship.

From a dazzling ascend up a staircase underpinned by the timeless voice of Billie Holiday, to the exquisite mid-shots of a beautifully lit Berlin as the couple gaze into the distance. Director Wilshin and cinematographer Beniamino Barrese help to create a stiflingly intimate atmosphere in a film that thrives on the quiet, exquisitely contradicting the high anxiety that these characters suffer from.

The film’s core strength however is its closing of the gap between the generations through Will and Michael, as it sensitively deconstructs potentially harmful and outdated misconceptions.

Michael lamenting straight people for their superficial expectations on how a gay man should look or behave, almost being a mentor to Will as he looks to break him out of his strict mindset, whilst opening up about his own grief.

Whilst for Will, his repressed homosexuality leaves him blinded to the clear possibility of being liberated and leading a more authentic life, solidified by the initial indifference in leaving Michael’s flat, with the visual metaphor of his black eye make-up reinforcing the fears.

All achieved through two stellar and painstakingly honest performances from Brignall and Weil who have sizzling on-screen chemistry, as they delicately lead us through this compelling and candid tale of self-discovery.

Its glacial pacing may test the patience of some. But Sodom ultimately rewards you with a meditative and mesmeric representation of masculinity, that proves an intoxicating watch. A fantastic debut from Wilshin.