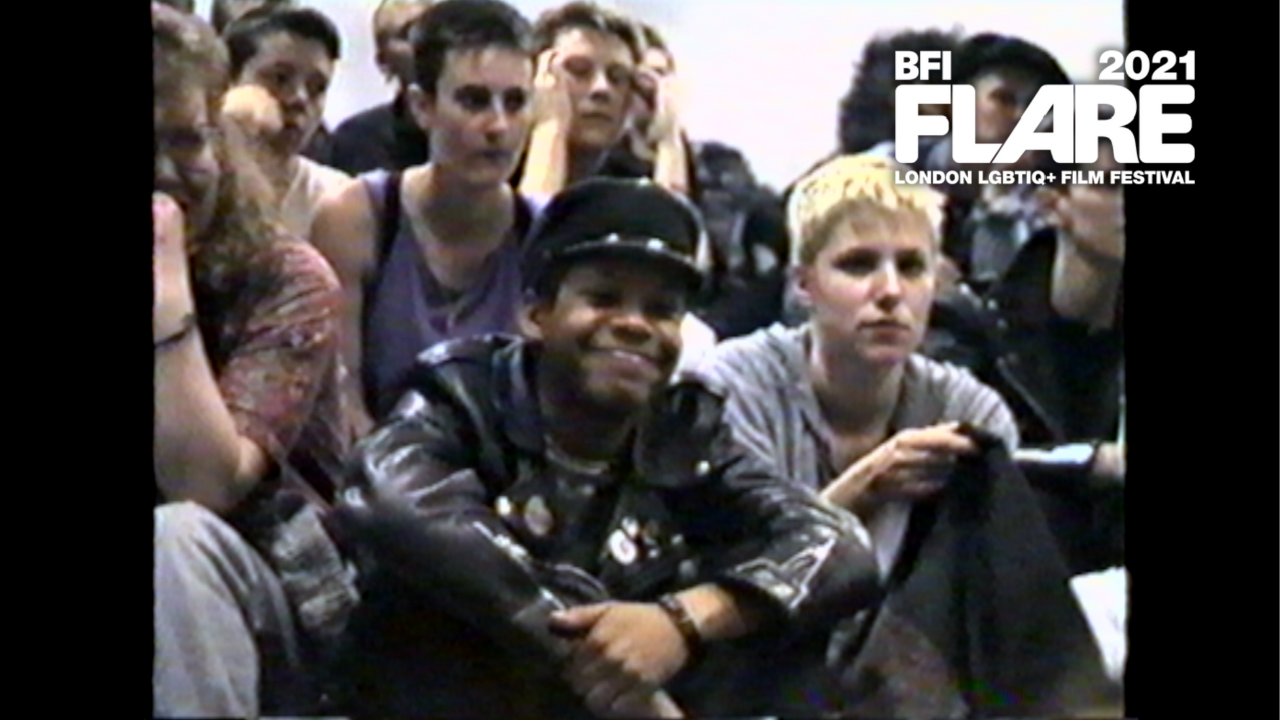 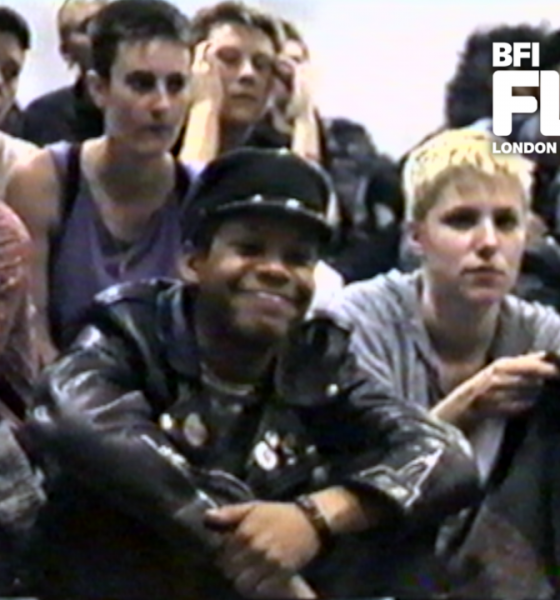 Facing off with the common enemy of Margaret Thatcher in the dying embers of 1980’s London. A clamping down of the mere promotion of homosexuality by local authorities and the nation’s schools through the sickening piece of legislation that was Section 28. This difficult period needed a wealth of uncompromising figures to preserve that authenticity and stick it to the vile traditionalists that were occupying spaces of authority.

With such accounts in a cinematic context being so predominantly told through gay men. Enter the Rebel Dykes to shake things up, putting their own feminist stamp on queer history in this wickedly archaic documentary that is an emphatic endorsement of how such pain inflicted can inspire pure art.

A subculture born out of their fun-loving antics at Greenham Common Peace Camp, around the time when LGBTQIA+ charity Stonewall was also finding its feet. This tight-knit group of queer women were looking to carve their own path in the dead of night when the threat level of being ‘gay-bashed was considerably lower. The themes of poverty and the power of protest are prevalent throughout our time with them. Their scrappy quality epitomised by them squatting in empty properties scattered throughout the city, establishing that safe space to fully execute the risks they wanted to take, resulting in a better world for the community. Abseiling into the House of Lords or disrupting a BBC News bulletin, anyone?

Causing mischief on their motorbikes with the provocative leather punk aesthetic a direct assault on the mainstream. For all the political motivations and beliefs held, it’s their artistic efforts that truly cut through here. In the current climate, even before lady ‘Rona stormed onto the scene, there has been an intense fight going on to keep queer spaces that showcase such talents open and thriving, under the assumption that the progression of our rights has seen the need for them diminish.

You witness a notorious club night like Chain Reaction that admittedly created friction within the wider lesbian community for its splattering’s of raunchy cabaret alongside mud and baby oil wrestling. Acts encouraging women to take ownership of their bodies and positively express their own sexual desires in an environment that is also inclusive to the trans community and free themselves of the kink-shaming a heteronormative society has heaped upon them. To maintain the wondrous diversity within queer culture, these places that speak so strongly to certain pockets of people will always be worth fighting for.

Embracing that fearless, unrelenting spirit in bringing their story to life. Sian Williams and Harri Shanahan fuse precious grainy, lo-fi footage, eye-opening interviews and quality animation with exhilarating effect. The frank honesty on display by respective members describing their playful and more serious details of their escapades is endlessly fascinating, as they defied the gender norms in embracing both butch and femme traits. A remark from Stonewall co-founder Lisa Power implies that the community is in danger of losing its edges, and the directorial duo’s stellar work here is a fierce statement of why we just can’t allow that to happen, reminding us how integral these events are in keeping that fuel to fight on through adversity topped up.

Shamefully overlooked for so long. Thank goodness the invaluable story of Rebel Dykes has finally been thrust into the spotlight. An absolute riot.