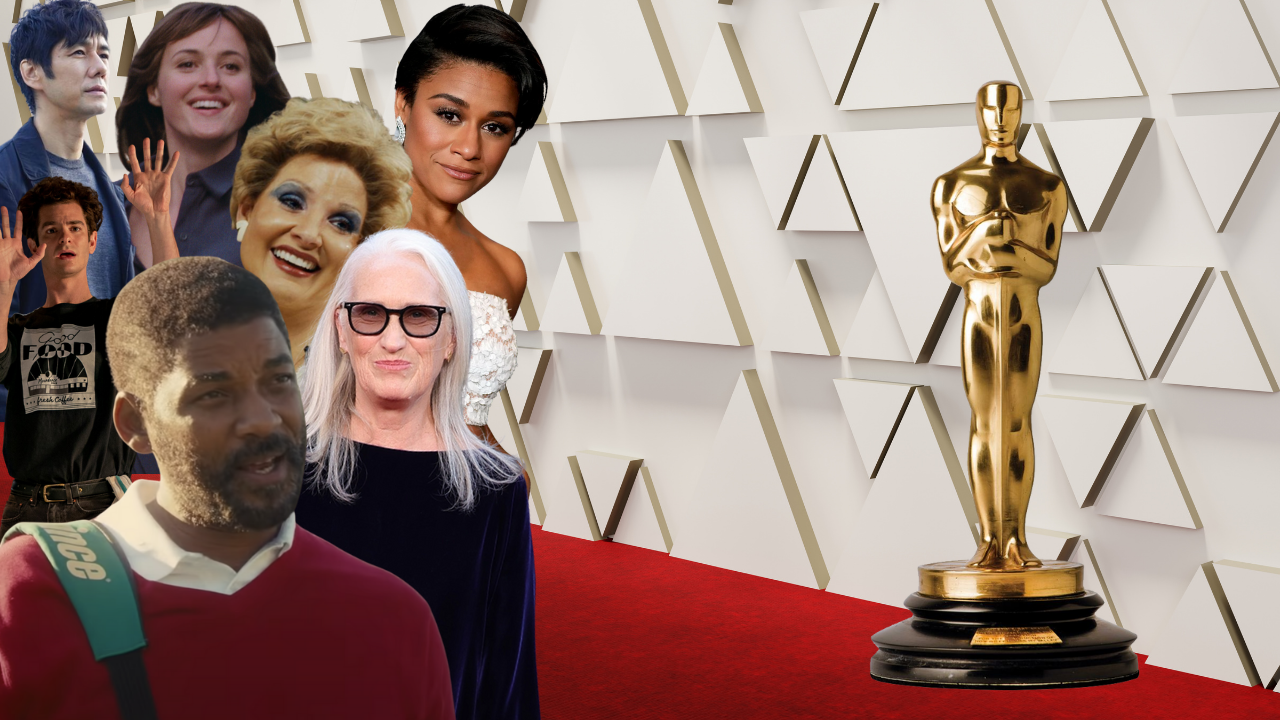 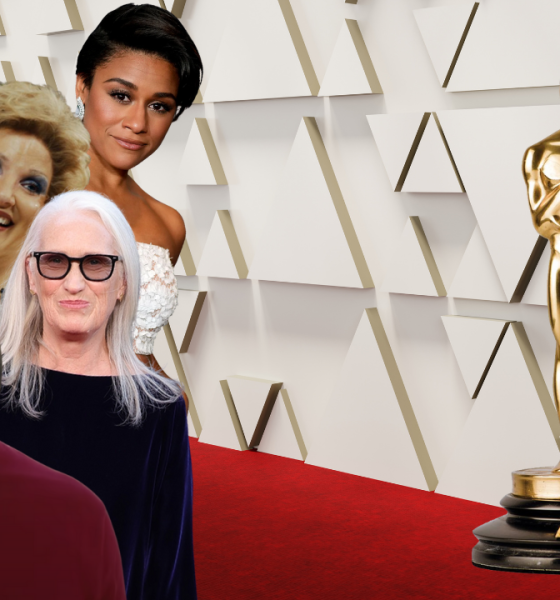 The Oscars are live on Sunday 27 March at 8pm ET on ABC. In the UK they will air at 1am GMT on the Sky Cinema Oscars channel. Be sure to follow us on our social media channels for live reactions throughout the night. Movie Marker’s very own Awards Editor Rehna Azim dishes out her hot picks for this years Academy Awards.

I’ve always been pretty relaxed about Will Smith’s acting career. His presence in a film neither entices nor deters me from seeing it. I’ve enjoyed his charismatic turns in films like Men in Black. I think he gave his all in Ali in trying to capture the essence of a colossal figure like Muhammad Ali. At the height of his fame, I like that he kept his fans happy with crowd-pleasing blockbusters and quietly sought to expand his repertoire with more challenging roles.

But it is with his extraordinary performance in King Richard and Smith has finally blown me away. He will, I predict, win his first best actor Oscar for the role on Sunday, and it will be very well deserved. His nearest rival is Benedict Cumberbatch for The Power of the Dog. Cumberbatch is hugely impressive in the role of a sexually and emotionally repressed cowboy and thoroughly deserves his nomination. However, he hasn’t won any of the big awards in the lead up to the Oscars, and he is unlikely to spring a surprise at the last minute.

Will Smith has made a lot of money for Hollywood, and this win will be as much a stellar career award as for King Richard. But, on this one performance, you can forget the ebullient rapper shake-shaking the room, the Fresh Prince of Bel-Air, the man in black sunglasses, the wisecracking leading man who was always bigger than the characters he portrayed.

This is middle-aged Will Smith embodying a lifetime of hurt, pathos, dreams and ambitions of a man (Richard Williams, the father of tennis champions Venus and Serena Williams) who was only ever meant to be one of life’s also-rans. He gives Williams dignity, grit, and a never give up utterly convincing swagger.

Andrew Garfield would be a fan favourite to win but won’t. Denzel Washington phoned in his performance as Macbeth, in my opinion. Otherwise, Javier Bardem is also running in this category.

Jessica Chastain is an actress in the vein of Julianne Moore. She is hardworking and well regarded in the industry, always seeking to challenge herself with demanding roles and while a glamorous presence on the red carpet when she needs to be, generally a low-key figure in the Hollywood world. And like Julianne Moore, she is likely to win her first best actress Oscar for a small film, in this case, The Eyes of Tammy Faye.

Chastain has done stellar work in big films like Interstellar and The Martian but is best known for compelling performances in more minor, critically acclaimed fares such as Zero Dark Thirty and Molly’s Game.

The Eyes of Tammy Faye will mean more to American audiences than others since Tammy Faye Bakker was one half of a television evangelist couple who held great sway with the Christian Bible Belt areas of the USA until scandal and ill health finished them.

It’s a transformative performance; Chastain’s elegant bone structure becomes the canvas for Tammy’s gaudy, extravagantly eye-lashed and tinny ‘glamour’, who had a dream to sell her audience. But the greater transformation is in the subtle humanity Chastain gives Faye, making her a childlike innocent caught up in a deceptive and exploitative world that ultimately engulfed her.

A Kristen Stewart win in this category would blow up social media! Her fans, already in a frenzy over the nomination, would surely fall off the edge of sanity in the event of a win. However, Stewart did not even get a SAG or Bafta nomination, coupled with many people disliking Spencer intensely as a film, which probably rules out Oscar success.

Some see Penelope Cruz as a dark horse potential winner, but I can’t see it happening. Olivia Colman is always impressive, but she’s a recent winner. This role doesn’t warrant a second Oscar, while Nicole Kidman keeps herself firmly in the running as the actress to watch for awards season no matter how small or poorly received her film is.

Kirsten Dunst made one of the most remarkable debuts of any child actor when she played the devious and cruel vampire Claudia opposite Tom Cruise and Brad Pitt in Interview with a Vampire. Since then, she has worked steadily and effectively in a range of widely differing films from Spider-Man to Sofia Coppola’s Marie Antoinette.

In The Power of the Dog, she is the film’s quiet but compelling heart that focuses on masculinity and male emotion. Her inclusion in awards season is long overdue, and I would be very pleased if she won. I don’t think that will happen, but I’m not ruling her out.

The momentum is very much with Ariana DeBose from West Side Story. I have yet to see Spielberg’s new take on this classic, groundbreaking musical, so I can’t comment on her performance. But she has been winning the big awards so far and will probably take Oscar too.

Much as everyone loves Dame Judi Dench, her small role in Belfast did not warrant an Oscar nomination. Caitriona Balfe from the same film was robbed. Similarly, I’d be pleased to see Aunjanue Ellis, who plays Oracene Williams in King Richard, win. Even when she is a quiet, supporting presence in the film’s first half, you can see the simmering tension building up in her. It’s a crowd cheering moment when it explodes in the second half. I predicted Ellis to be in the running for the best-supporting actress awards months ago. However, I don’t expect her to win.

Troy Kotsur took the Bafta and SAG for his work in Coda. He is the first deaf male actor to win either award and is probably going to win his first Oscar. If he does it, it will be a popular win for what has been a very popular film on the festival circuit.

Kodie Smit-McPhee and Jessie Plemons, both excellent in their respective roles, are likely to split The Power of the Dog vote. But don’t be shocked if Smit-McPhee scrapes a win. The depth and range he brought to his role have not gone unnoticed. It could be a Mark Rylance winning over Stallone moment. Ciaran Hinds would be a popular winner, too, but I can’t see it happening. Likewise, JK Simmonds is unlikely to take it for the divisive Being the Ricardos.

Two members of my family are putting their money on Kenneth Branagh to take the best director for Belfast. So, I have to be careful here and whisper that it will go to Jane Campion. She won the DGA, which is pretty much a stepping stone to the Oscar, on the same night she won the BAFTA, and there is a sense of, ‘it’s time’.

Her film The Power of the Dog has been extravagantly praised by superstar directors such as Martin Scorsese, Francis Ford Coppola and Ang Lee, so it’s hard to see Branagh overcoming that. In the current climate, the Academy will be happy to recognise a female director for the second year running, a mature woman and frankly, one who has paid her dues. They are likely to feel that Branagh will produce something worthy of awards again in the future, maybe a Shakespearean epic. Meanwhile, Campion has capped her signature visual style and big vista aesthetic with this sobering reflection on manhood and delicate, unobtrusive directing that only someone with her experience can manage.

Belfast would be the crowd-pleasing winner, but the Oscar is likely to go to The Power of the Dog. The cinematography, the production design, the beautiful score, the outstanding performances, the subtle direction and the swelling, brooding, pent-up emotions of people living for the impression they can cast upon those around them makes for an absorbing, if not thrilling, epic. The film is well crafted and will be a worthy winner if it takes the ultimate prize.

However, never underestimate the power of a feel-good ending. Kenneth Branagh’s Belfast, his love letter to his parents, childhood, and home city speaks to many hearts. If they vote en masse, there could be a small upset.

Predictions For Some Other Categories

Best International feature film must be a tight run race between Drive My Car and The Worst Person in the World but Ryusuke Hamaguchi’s Drive My Car will take it by a whisker.

Best Documentary feature: another tight race between Flee and Summer of Soul with the latter prevailing.

Documentary (short subject) I predict a deserved win for Three Songs for Benazir, a taut, coiled up spring of a film that tells the blighted history of Afghanistan in just 18 minutes through song, sparse but sobering dialogue, heart-wrenching imagery and a story of a family that would make a powerful feature film.

The Worst Person in the World Manifests Joachim Trier’s Reality