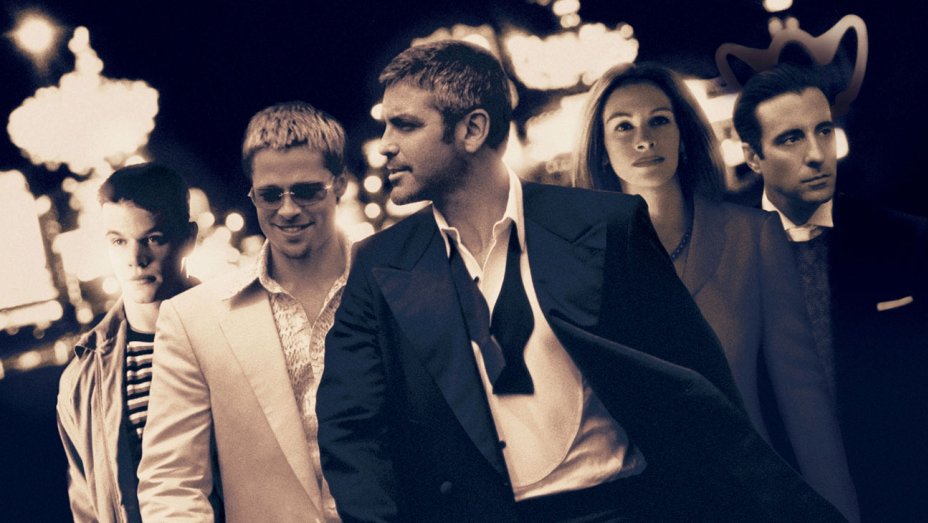 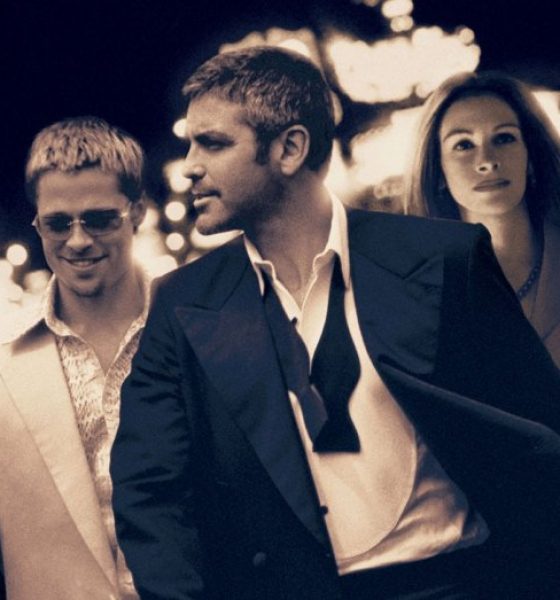 It is one of the best movies to feature all the heist superstars and the director has ensured that all the eleven character’s roles are recognized. Of course, it is a remake of 1960’s Ocean’s Eleven that features Frank Sinatra’s Rat Pack, Dean Martin, Sammy Davis Jr, and Peter Lawford.

Ocean’s Eleven follows ex-con George Clooney who’s just out of prison and his eleven counterparts who lay a plan to rob three Las Vegas casinos ( Bellagio, the Mirage, and the MGM) owned by Terry Benedict simultaneously. The comprised of a tech savvy, an explosives expert, a pick-pocketer (Damon), a card shark (Bernie Mac) and others. They also have Elliott Gould, an ex-casino owner, who is ready and willing to sponsor the whole heist operation.

With a smart plan, cunning disguises, sophisticated technology, Vegas is going to witness a night it will never forget. The reason why they are back in the game is to repay Terry Benedict a grand total of $150 million dollars. From the crew, you can tell that this is not just any other robbery movie. These are the smartest thieves who never raises their voices. It is the finest blend of passion and professionalism in play.

To put an emphasize on character differentiation, Soderbergh has used different costumes as well as word choice. You can say without fear of contradiction that everything is well calculated, rehearsed, and executed precisely. What is most impressive is that Soderbergh has managed to allocate equal time for the movie stars to shine independently in his 116 minutes film.

The director also allows enough screen time for the god fathers of heist Brad Pitt and George Clooney to showcase their expertise. Brad understands how to co-star a movie, and he steals some good minutes to show that he is the brain behind the pan. Soderbergh wants you to believe that his directed gang can execute the impossible; robbing three casinos simultaneously.

However, there are some obstacles such as enhanced security system, multiple surveillance cameras, armed guards, and a vault door that might slow down the execution of the plan. Another big obstacle is Tess, Danny’s ex-wife who is currently dating Benedict the casino tycoon.

The movie gives the audience enough time to guess, predict and foresee will unveil next. There also several scenes of comedy to make it lively and entertaining at the same time. The final scene of the film is a clear indication that there will be another movie to follow the sequel. The whole crew is casted with the exception of Clooney. Finally, after gazing at the Vegas flash lights and fountains, they go separate ways.

With the majority of the movie in passive voice with the minimal use of guns or any other weapon. Despite the movie lacking thrill, the whole plot will capture your attention for the first time. The movie was called Ocean’s Eleven because it comprised of eleven key players. Other sequels that came before or after have similar brand names based on the main characters.

Ocean’s Eleven is not a typical crime or bank robbery movie. It is an easy to follow heist with a satisfying story line. Soderbergh’s camera work and Philip Messina’s seta and real casino makes a visually appealing end of the whole story.

Related Topics:Featured Article
Up Next