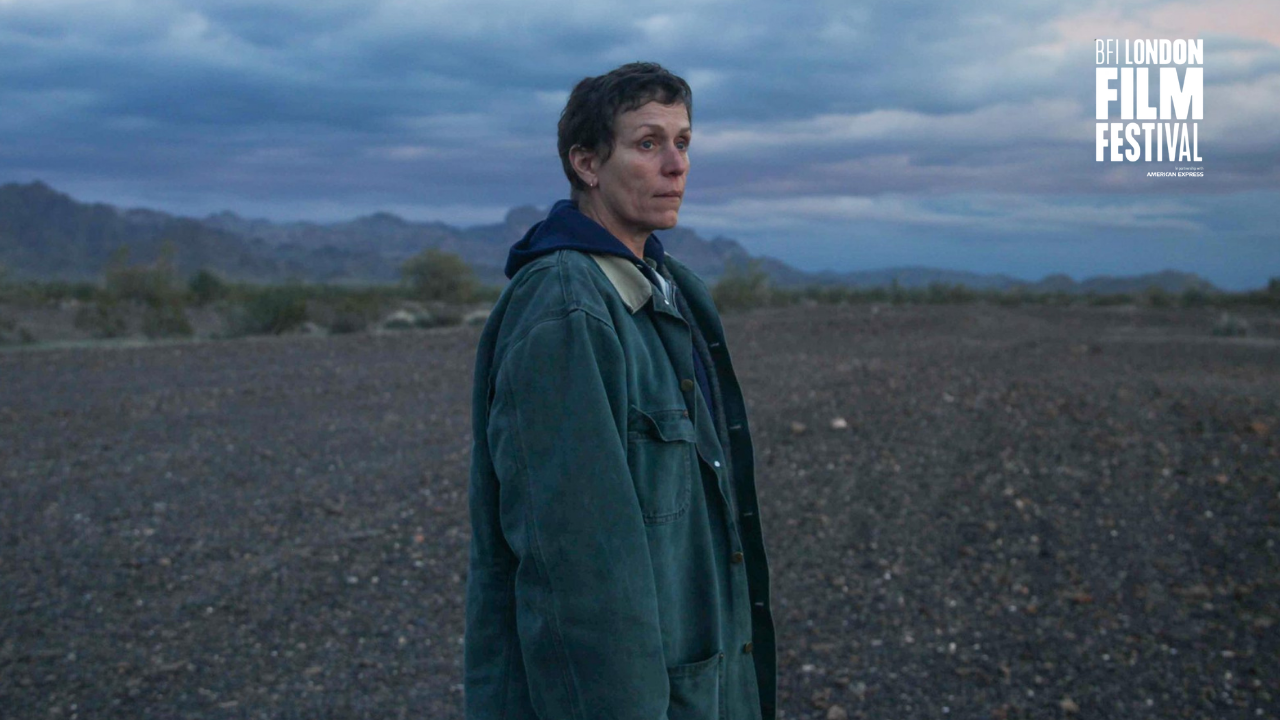 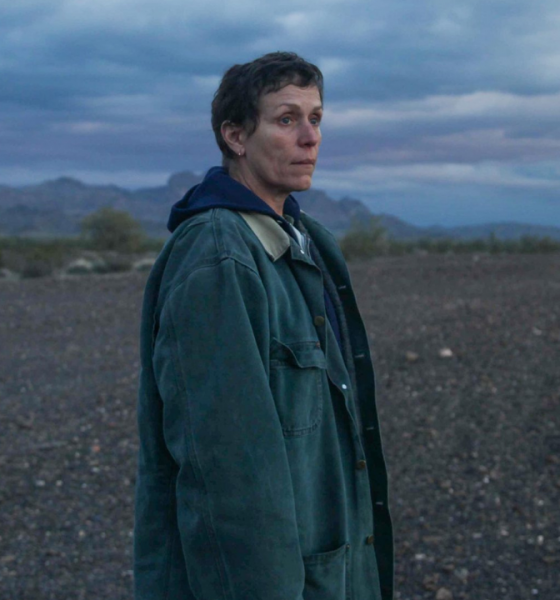 Nomadland, Chloe Zhao’s achingly beautiful dedication to the wanderers, muses on grief, resilience and the meaning of life; while giving Frances McDormand yet another chance to showcase her strengths as one of the greatest performers of her generation.

Fern isn’t homeless, she’s houseless, as she tells a concerned acquaintance. Travelling across the American West and taking up short-term work contracts, Fern lives in her van and carries with her only the most sentimental of items from a storage locker. Sprawling shots of the open road go from icy to dark, to desert as we see a year in Fern’s life as a nomad; joining the ranks of thousands of Americans, in many cases senior citizens, who have been displaced from their homes in light of economic downturns and are forced into a nomadic existence. Fern herself has come from a town more or less wiped off the map due to the closure of a gypsum plant in Empire, Nevada.

Frances McDormand delivers every bit of the performance we know her to be capable of. Yet, it’s no less mesmerising to watch her inhabit nearly every shot, bringing her innate ability to do so much storytelling in just one quiet expression. Drawing on the non-fiction book by Jessica Bruder, McDormand is one of the only actors within the cast, as many of the people she interacts with are real-life nomads, including Brian Wells, a mentor to the community. McDormand’s scenes feel free-flowing and authentic as Fern gets to know wanderers such as Linda May; their moments of playfulness feel heartwarming as they sit with wet wipe face masks in the middle of the desert in their own version of an elite spa. Fern also becomes close with Swankie, a dying pensioner who gives one of the most moving speeches in the film when describing her decision to spend the rest of her time seeing things of beauty in the world rather than languishing in a hospice.

Much of Nomadland is about loss. Fern’s husband has died, and the small town where they made their home amongst miles of open space no longer exists. Fern builds community and connections with nomads, only for them to scatter as a new season takes them on different paths. Many of the nomads whose accounts we hear have been set on their path due to the loss of a family member or friend. Had the film examined this element alone, Zhao’s feature would still be a poignant, powerful statement, but what also makes Nomadland such a cinematic triumph is in its exploration of life. While the film is a damning look at what poor economic policy and a broken welfare system has wrought on many Americans who have worked their entire lives, Zhao spotlights elements of the nomad life as one of autonomy rather than victimhood. From the stories of nomads who freed themselves from corporate America to take to the road, Vietnam vets seeking peace to deal with PTSD, to those who watched friends die and decided they wanted to live differently. Dwelling in cramped conditions and living hand to the mouth may be the idea of hell for many of us, but for others, the self-determination it provides is worth the price.

Even with top tier talent like McDormand excelling in every frame, stunning cinematography by Joshua James Richards steals the show and produces single shots that spring forth tears. Paired with Ludovico Einaudi’s tender score, Nomadland doesn’t just tell us that the open road, and nature as a whole, is a calling for these nomads – it shows us. Shots of the azure sky, the water crashing over the rocks on a rainy day, the swallows’ nest Swankie finds on her final journey. Zhao directs a breathtaking feature exploring grief and adversity, couched in a beautifully life-affirming message about surviving the events of life we cannot control, and choosing what matters to us from the elements we can control.