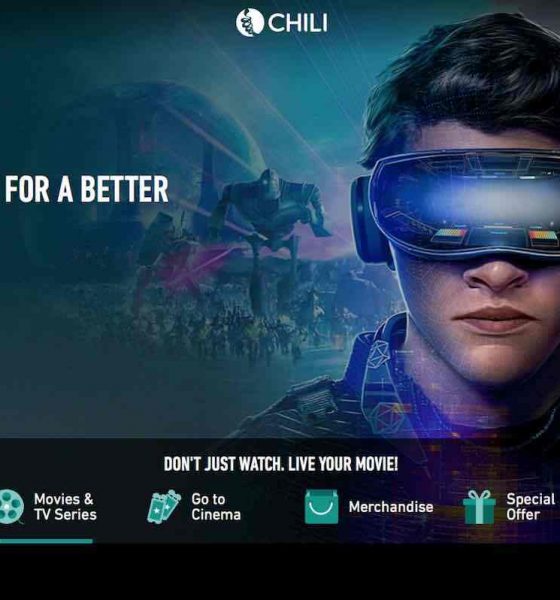 Are you scrolling through the TV guide, trying to decide what to watch on your first night in for weeks, only to change your mind for the fourth time? Sounds tragically familiar, which is why I am very pleased to announce that European entertainment company CHILI have big plans for film and TV fans in the UK.

CHILI is a subscription-free entertainment platform that has launched in the UK after it’s recent success in Italy, racking up 1.6 million registered users since launching in 2012. Backed by the studios we all know and love, Warner Bros, Paramount Pictures, Viacom, Sony Pictures, and 20th Century Fox, the on-demand service offers an array of content available at the click of the button.

What makes this different from say, Netflix or Amazon? The website offers a huge range of films and TV shows, from foreign art house to big screen blockbusters – as well as being a one-stop show for cinema; there is a newshub to give you the low-down on all film and TV news, you can purchase physical movies, merchandise and tickets to the cinema all in one place. Founder and chief executive Giorgio Tacchia describes CHILI as an entertainment hub; with customers discovering a new movie or TV show that they love and then browsing the merchandise to see what’s in store. From Star Wars Lego sets to beautiful concept art books, there really is something for everyone.

The platform is also filled with new premieres, including Amy Schumer’s I Feel Pretty, Marvel Studios’ Avengers Infinity War and Greg Berlanti’s Love, Simon. Customers can choose the quality they want their digital purchase, or choose to order a Blu-Ray or DVD instead.

My favourite section is the ‘highlights’ page which tailors content around your preferences and also offers flash sales and offers of the week. And with your first film on them? That’s an offer I can’t refuse.