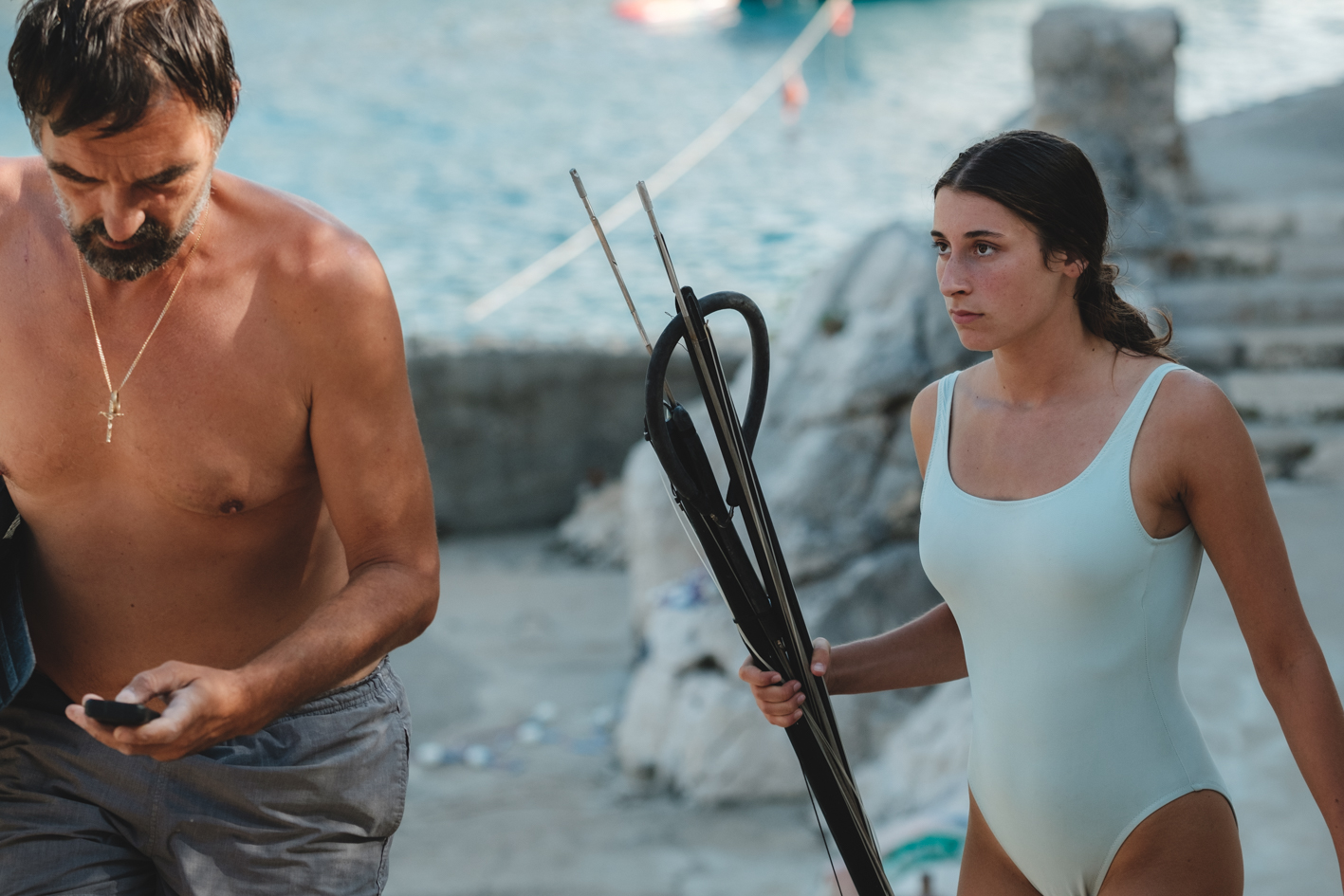 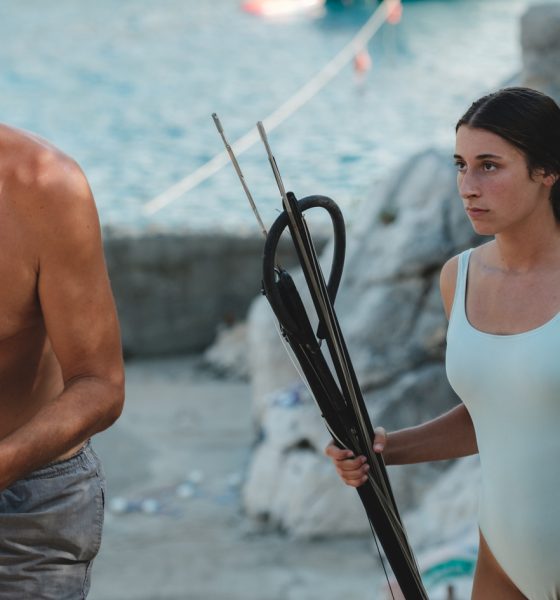 Our relationship with our parents is not always straightforward for all those overflowing with love and affection; it’s easily equalised by those that resemble prisons in how they suppress our feelings and lock down our ambitions, exposing their own fragility and possible failings in their chequered past. It’s almost like their egos can’t handle their offspring carving out a superior path to them.

In the seemingly tranquil vastness of the Adriatic Sea, spare a thought for teenager Julija (Gracija Filipovic) in this gripping tale from Antoneta Alamat Kusijanovic. The lush scenery as she passes by people her own age on a boat soaking up their riotous freedom is a beautiful contradiction to the beast that dominates many a space she finds herself in. Father Ante (Leon Lucev), a prime example of toxic masculinity, is almost gleeful in his consistent putdowns of his daughter, whilst her exasperated mother Nela (Danica Curcic) remains frightfully muted in condemning such actions.

If tensions weren’t already high, Ante is growing restless to broker a life-altering business deal through the arrival of handsome hotshot Javier (Cliff Curtis), harbouring ambitions to transform some of his land into a credible holiday destination whilst revitalising his rocky relationships in the process.

Yet every character is struggling to keep their head above water here. Javier is far from subtle in his admiration for Nela, implying it’s been a lifelong infatuation. Ante skirting around those feelings Javier expresses, knowing it might be his only ticket out of mediocrity. Julija is immediately struck by how considerate Javier is compared to her father, deeming him a worthy and much-needed replacement like the eels they make respectable money from. It’s a slippery slope to salvation.

Only occasionally breaking for the sweep of its Croatian coastline, Helene Lovart’s cinematography is fittingly desaturated to mirror the murkiness and melancholy that lurks within. Whether it’s built up through sexually charged glances or the clinical nature of its psychological warfare, Director Kusijanovic sustains the intensity superbly with their tight focus. The final act borders on anxiety-inducing with a segment that echoes the claustrophobia of Neil Marshall’s The Descent.

The film revels in what remains unsaid for prolonged periods, with its themes of repressed femininity (a boy’s arms remark particularly stinging) and breaking down those pesky patriarchal barriers gaining muscle throughout. The examination of masculinity equally as piercing in the clear objectification and rotten control of women, recognising that the potential financial gain for Ante given his demeanour, would only accentuate those personality traits that cause regular harm to Julija and Nela.

Gracija Filipovic’s Julija is a quiet storm of a performance whose subtle gear shifts in how she enters her own space of empowerment to grapple with the bigger issues at the heart of her family mightily impressive. She maintains a remarkable resilience and self-discipline in how she handles her father. It’s almost like she’s competing, albeit in very different forms, for the attention of Javier with her mother Nela, with Danica Curcic brilliantly conveying how her loathsome other half has stunted this woman’s emotional growth.

He is transitioning from a thin veneer of beaming positivity when propositioning for a better life to full-blown aggression when greeted with disrespect with alarming ease. You are on edge for the entirety of when Leon Lucev occupies the frame, with his bid to maintain control becoming ever more desperate in the presence of Cliff Curtis’ Javier, whose own agenda to exercise his power proves fascinating.

A feature-length debut that declares Kusijanovic as a talent that deserves to ride the wave onto bigger things herself. Murina is a distinctively menacing yet ultimately liberating spin on the coming-of-age genre.