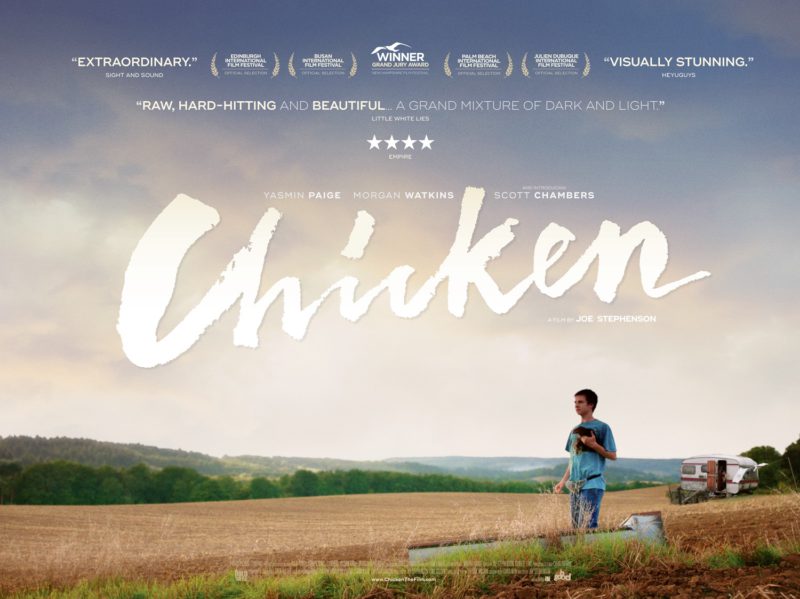 The arrival in cinemas today of British indie Chicken marks the debut of two serious talents: the film’s director, Joe Stephenson, and its star, Scott Chambers.

The story of a teenager with learning difficulties and his relationships with those around him – his best friend is the chicken of the title – it’s an impressive debut from both of them.  The film itself packs a hefty emotional punch and Chambers gives a performance that will break your heart.

He also played the same role in the stage version and this was the starting point for my conversation with him and Joe Stephenson when I met up with them.  As you can tell, it was a windy day …………

Chicken is on limited roll-out now and in Picturehouse cinemas around the country on Tuesday, 21 June.  Check out the film’s website for screenings.

Interview with Rayna Campbell, director of Lapse of Honour