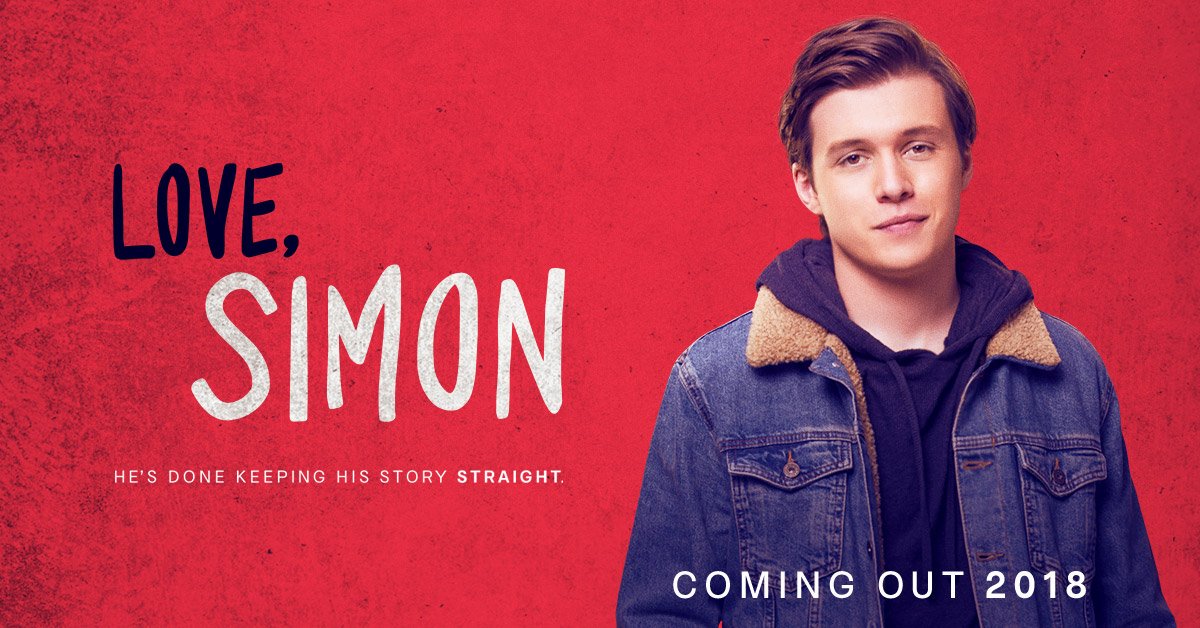 ‘Sometimes i think I’m destined to care so much about one person it nearly kills me. Me too..’

God’s Own Country. Call Me By Your Name. Moonlight. Just a mere few of the LGBTQ cinematic offerings from 2017. Yet for all their respective goodness, mainstream Hollywood has rarely seen a gay character as its lead protagonist in a coming-of-age romance.

This March, 20th Century Fox and Nick Robinson (The Kings Of Summer) are set to provide a real watershed moment with ‘Love, Simon’, the big-screen adaptation of the Becky Albertalli novel.

In this terrific new trailer, we garner a greater sense of the emotional conflict Simon is wrestling with, as it soon becomes apparent he isn’t the only guy in school who is reluctant to come out.

Starring alongside Robinson are Jennifer Garner (Juno) and Josh Duhamel (Transformers: The Last Knight) as his on-screen parents and best friend Katherine Langford (13 Reasons Why).

The film directed by Greg Berlanti (Brothers And Sisters) is released on 6th April.