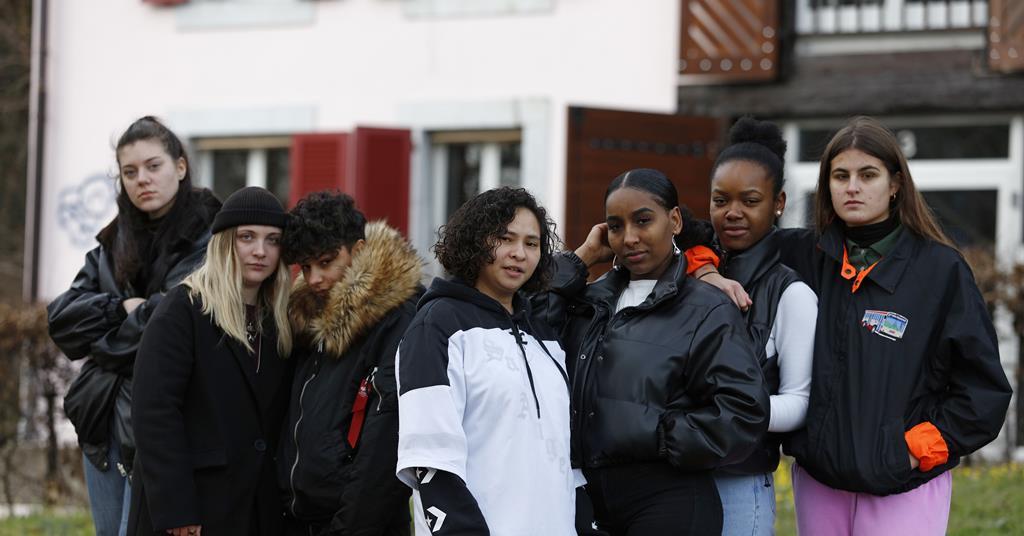 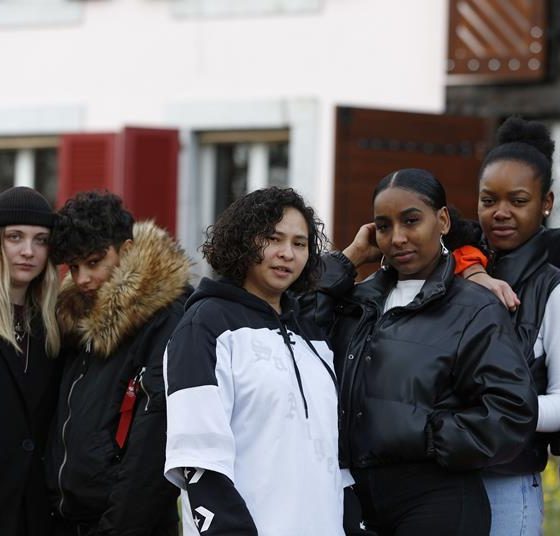 At first glance, La Mif might look like your standard drama, one that will play it safe for much of its runtime whilst hitting the obligatory notes to tug on your heartstrings. But very quickly this film establishes a strong and complex emotional undercurrent and deep societal commentaries, elevating itself above other similar works. Set in a residential care home for at-risk teenagers and collaborated on by co-writer and former social worker Fred Baillif, the residents and staff, La Mif treats its world and the people within it with an admirable compassion; everything on screen is steeped in realism, but what stands out most is this consistent empathy. Whilst there are dips in the film’s dramatic energy – because even in such a potentially volatile environment as this, life is often quite generic and run-of-the-mill – it never detracts from La Mif’s overarching power.

La Mif was developed over the course of two years through interviews with the residents and employees of the home (who also act in it), improvisation workshops and eventually, a rough script penned by Baillif and co-writer Stéphane Mitchell. The effects of this collaborative, careful process is apparent in every element of the film: from the world of the care home, the day-to-day activities, and the shifting relationships, but most of all in its respectful portrayal of these people. Each of the teenage residents has their own title card and chapter and a chance to tell their personal story. Even more touching is the final chapter title: simply ‘La Mif’, a French slang term meaning ‘The Fam’. The variation between these residents’ lives is striking; thanks to its unflinching commitment to real stories, La Mif never reverts to stereotypes or flat characters. Over the course of its near two-hour runtime, you’ll know each resident and employee to an impressive degree, which is a testament to Baillif and Mitchell’s structured screenplay, the grounded and emotionally layered onscreen performances, and the largely improvised but highly accomplished dialogue.

Whilst La Mif’s world is largely contained to the care home, Baillif also finds time to include some interesting commentaries on the social care system in Switzerland, although its messages will undoubtedly apply to other countries too. At the start of the film, the home is mixed gender, but an incident early on forces it to revert to its original, female-only status. The incident in question is again treated with an authentic complexity that goes further than other films might; it is also accompanied by an infuriating, excruciating scene between Claudia Grob’s Lora, who is the care home manager, and a judicial board. The board takes little notice of Lora’s impassioned speech about the system, instead more concerned with their reputation as opposed to the wellbeing of the teenagers involved. These societal commentaries occur throughout La Mif and are consistently handled with an impressive nuance and subtlety by Baillif, adding to their impact and layered texture.

Above all else, La Mif is a story about the aftermath of trauma. Both residents and staff deal with suicide, abuse and neglect, the impact of these one-off or recurring events never disappearing nor diminishing. One of the most effective scenes is between Lora and the residents late in the film as they sit around a campfire and discuss events that have led them to this point in their lives. It’s quietly cathartic, but you can see the almost invisible but undoubtedly present emotional liberation that this moment gives each person. Perhaps most impressively, La Mif – staying true to its consistently respectful tone – never fully reveals the horrors that these people have faced, and when it does reveal certain parts of these personal events, it does so in a delicate way without cheaply glorifying the past trauma. One resident for example reveals enough to provide suitable insight into what has happened to her in the past without actually saying the words out loud, but it still gives the audience a comprehensive understanding of her emotional pain.

Treading a fine line between fiction and documentary, La Mif is an emotionally turbulent and often amusing drama. The dialogue is full of quick quips – often profanities – between the residents and staff of the home, their relationships always changing as each scene progresses. La Mif ebbs and flows with a true-to-life feel that is hard to achieve onscreen. On occasion, the subtle realism of the film makes it difficult to tap into the emotions of the characters. Moments of symbolism – a rebellious message on a resident’s sock, for example – captured by DOP Joseph Areddy also feel too few and far between, with Areddy usually opting to go completely unflashy, in true documentary-style. But really, it wouldn’t work any other way: La Mif, so wonderfully grounded in its naturalism,shows what happens when a filmmaker who cares works with real people in an attempt to not just tell their stories, but advocate for real change too.