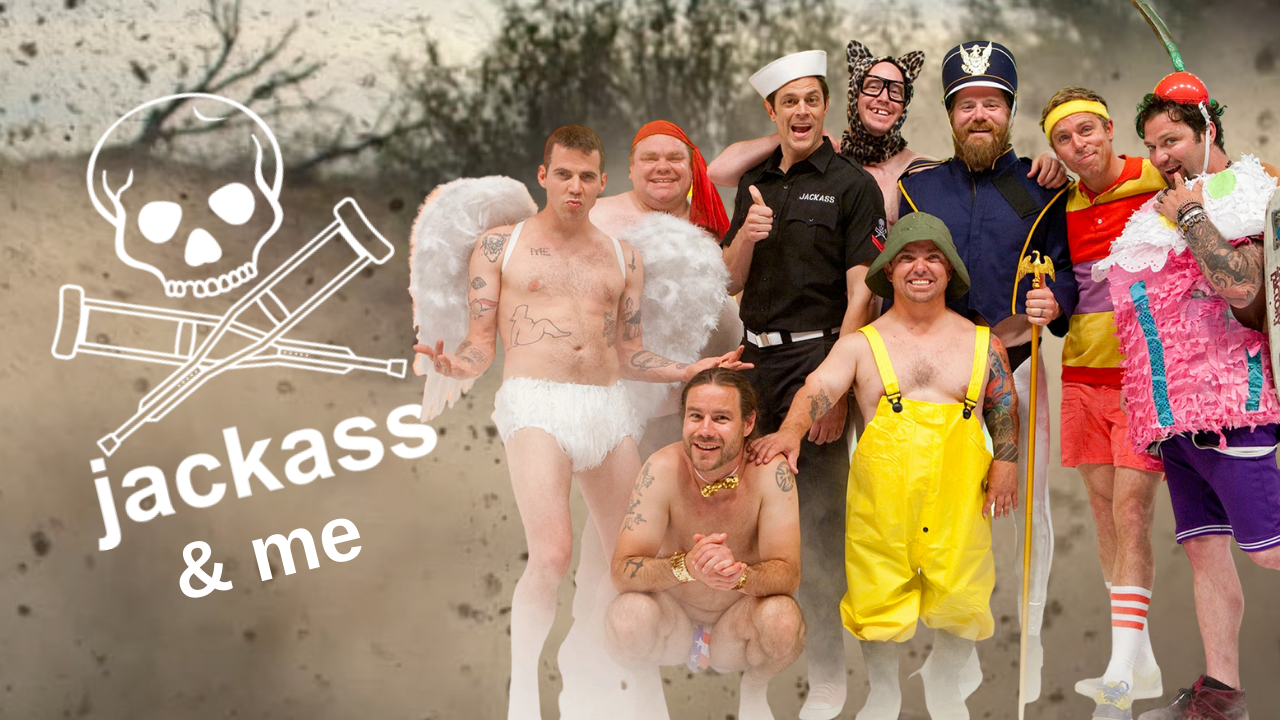 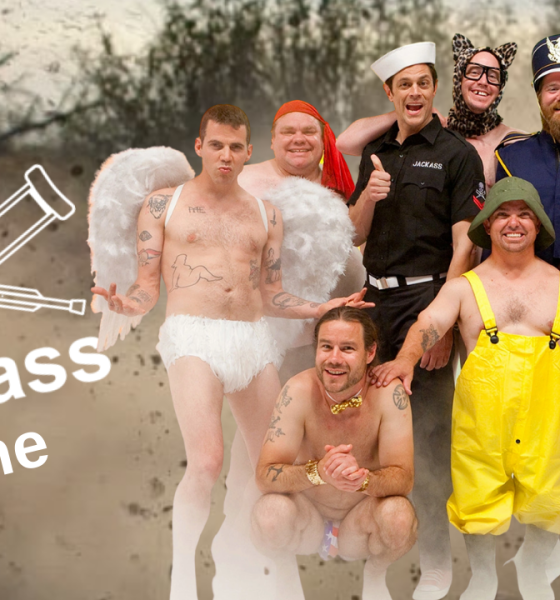 In a kitchen in Gerlan, North Wales, back in the early 2000s, my friend Tom’s TV could access German MTV somehow. It was too expensive to get Sky back then, so we were more than content watching anything from this glorious time of television. From MTV Cribs to The Tom Green Show, we were spoilt for choice, but the one show that was always influential during this time was Jackass.

In our early years in high school, it had quite an effect on my friends and me. We weren’t exactly the cool kids whatsoever, but we had a close circle that loved being different. Watching Jackass was a sense of escapism for most of us, witnessing things that probably we shouldn’t have been watching, but the more I thought about it, the show made me accept myself. We had a sense of individuality from our peers; some of us were skateboarding, rollerblading, doing stupid shit. While skateboarding is deemed ‘cool’ today for us in the early 2000s, it was a statement of non-conformity, and Johnny Knoxville & Co were our messiahs.

Being a teenager is never easy, and there are a lot of pressures around you to do well in school, fit in and figure out your future. While we did our best to do this, there were moments when we wanted to be free like our heroes. We would do stupid shit like running into bushes, a lot of testicle kicking, bad attempts at skateboard stunts and probably Tom’s favourite rubbing velcro on our arms until we bled and then, for some reason, spray deodorant on the wound. Yes, there are warnings not to attempt these things before the show starts, but this essence of bonding felt just like what we saw on our TVs. The creators of Jackass Jeff Tremain, Johnny Knoxville and Spike Jonze were all teenagers when they first met, and this bond they have blossomed into something that has made a lot of people happy. Reading about a friendship that created something special is always encouraging to hear about.

By 2002 we were dripped in Quicksilver tees and Airwalk shoes and still doing questionable things. It was also the release of Jackass The Movie, and while we never got to see it on the big screen, we managed to blag our art teacher to let us watch it in class before the Christmas break. As we watched it, I still remember we were in our element while most of the class found it dull. Moments like that made me realise how lucky I was to know these people and share some great memories with them. As the years went by and high school came to an end, that inevitable change of paths happened, and while we have been in communication, it would never emulate our time in school.

As each new film was released and I would watch them with other people, I always think back to my time as a teen. Watching Knoxville, Steve-O, Pontius, England, Bam, Preston, Wee Man reuniting will always bring great comfort to me, but it made me realise how much I miss doing stupid things with my friends. Some of us now have kids, mortgages, and full-time jobs, but the banter flows on the old group chat. Like most friend circles during various lockdowns, it’s been a time of reconnection for many and reminiscing of times gone by.

Like most fans, we have been gearing up for February 4th when Jackass Forever hits theatres. The release marks a special reunion for many, but this one is particularly special for my friends and me. For the first time in a while, we are all going to be seeing the movie together. There is something quite special about seeing old friends in person and on the big screen. It seems like the older I get in life, the more I cherish the moments I’ve had with my nearest and dearest, and this trip to the cinema will be one I won’t forget in a hurry.