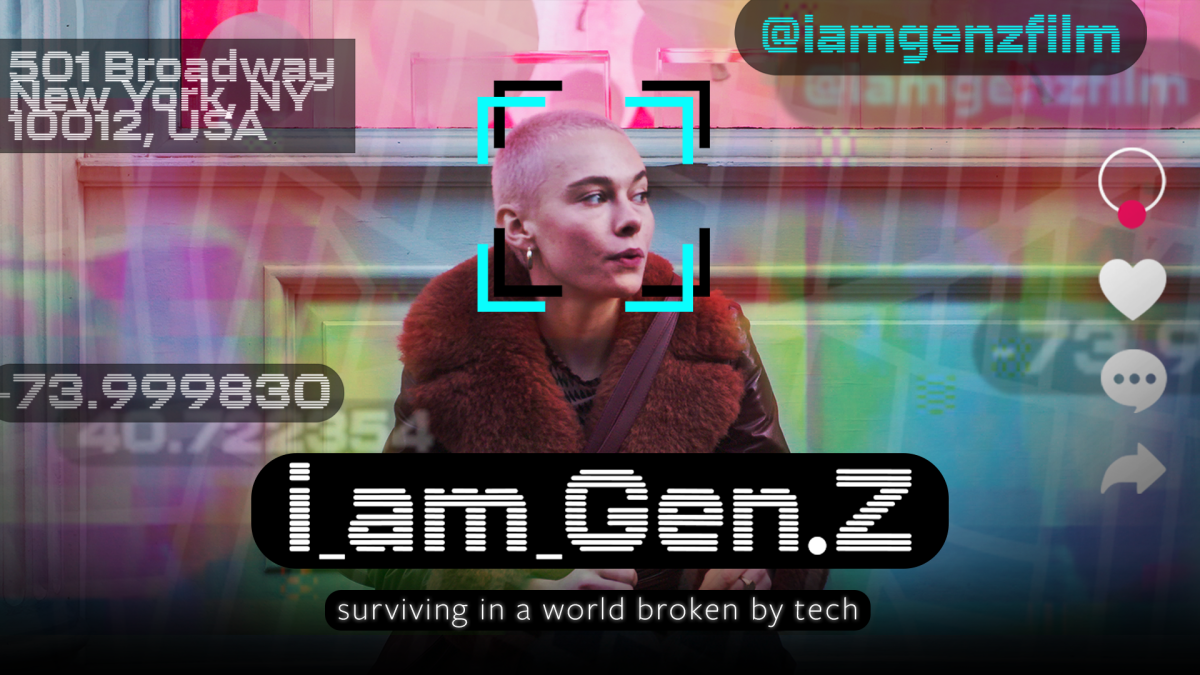 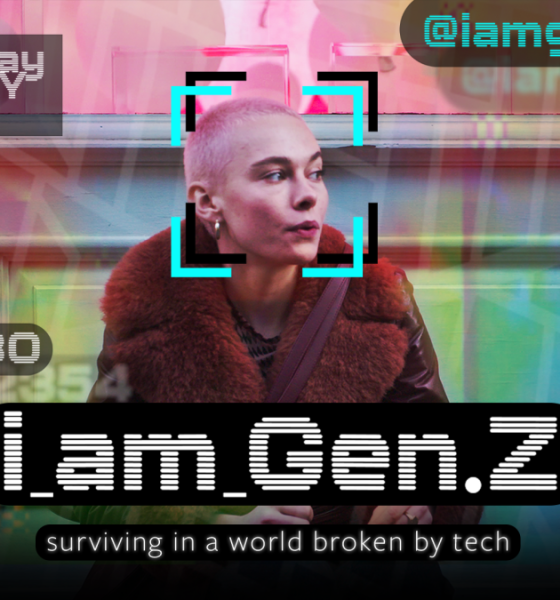 Sometimes you watch a film and wish it could be screened in every school, not just for the pupils but also their parents and teachers. This is one such film. It’s a documentary full of passion, insight, understanding, compassion and common sense with a vibrant dash of fun, colour and vivacity.

Without judgment, the film explores the digital revolution’s impact on a generation that knows nothing else but a whole world within their iPhone. And the effect is enormous – the biggest digital disruption is in our heads is the clear message. The fallout, however, is not just limited to Generation Z themselves; supposedly those born between 1997–2016 (although other descriptions narrow the age range considerably from this) the ramifications of millions of lives lived almost solely in a virtual universe on society as a whole are also immense.

The film explores many big themes; the pressures on mental health, body image, interpersonal relationships, including the dire effects on dating, the exploitation of people for profit, emotionally manipulative business models and the disillusionment of the search for a perfect, just world which has never existed and probably never will.

True to its subjects, the film is sharp, snappy, bold and brash. Triple split-screen snippets from social media and Aldous Huxley quotes roll swiftly into expert talking heads and as rapidly to musical commentary. The information and opinions come at you just as fast. There is no let-up, from psychologists to social commentators and generation Z alumni themselves. Occasionally it becomes overwhelming. There’s no respite, no downtime, just like on social media. The film is constantly ‘on’ just as people are expected to be on the ever-increasing number of digital platforms Generation Z live.

At times it makes for depressing viewing, not because of the content itself or its presentation but because of what it is doing to real people and their ability to function in the real world. It’s not all doom and gloom, however. Few things are wholly good or bad. Generation Z is also the most globally connected in history. A young person can sit in their bedroom in Wigan and speak to like-minded individuals worldwide and form alliances for the betterment of people they have never met. Every generation that has ever existed believes that they can do better than before. Idealism is a constant in humans.

Generation Z believes fervently in justice, equality and fairness. They have untold resources before them to learn about other cultures, viewpoints, and what is going on in all four corners of the world. It’s sad. Therefore, social media is the home of echo chambers and cancel culture. As a lawyer, the idea of safe spaces where you don’t hear or come across anything that you might not like is incomprehensible. to me, but it’s part of this culture. Also unimaginable to proceeding generations is that so many can boast hundreds, thousands of virtual friends but would have difficulty making conversation with one person they met in real life. The film suggests that 15-year-olds caught up in this generation a little more than guinea pigs for big tech.

Director Liz Smith has created a thought-provoking work that doesn’t judge but presents a smorgasbord of concerns and hopes for a generation that is almost a sociological, political, psychological experiment in human evolution.