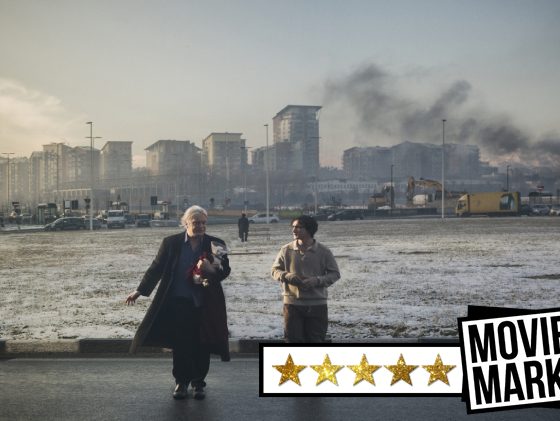 Anchored in both the prosaic and the magical, Happy as Lazzaro is a film that delights and surprises. Right from the beginning, as peasants in a remote Italian community are seen toiling for the barest of subsistence, things are not what they seem.

The timeless, rustic setting shifts, and clues emerge. If they are so poor, it is not because they are subsistence farmers, but because they are sharecroppers, sharecroppers paid in kind and very poorly. They have an unequal arrangement with their landowner, the Marchesa Alfonsina de Luna, played by an unrecognisable Nicoletta Braschi. The payment for their toil comes in the form of a single lightbulb, a rare good that is cause for celebration.  And with this hint of modern times also comes a hint of the surreal, which is amplified as Rohrwacher’s tale unfolds.  This is realism of a different kind, far from cinematic traditions of social realism. If what is seen is steeped in the prosaic, what is experienced is of a completely different order, almost baroque and a thing of wonder.

To say more about such wonders would be a plot spoiler. All hinges around Lazzaro’s fate, a young man with looks straight out of an Etruscan painting, and who is imbued with goodness of the kind that makes others in his village wonder if he is simply daft. Yet, some of them sense there is much more about him and later in the story, will not be so surprised.  Not all the villagers live on an entirely mundane plane.

In this too, things are not as they seem. In an ironic twist triggered by a trick the Marquise’s wayward son Tancredi plays on his ruthless, cold and treacherous mother, the sharecroppers realise that the very basis of their meagre, diminished existence, is also based on an illusion.  And then everything changes for them. Things become different, but who knows if it is for the better?

Rohrwacher, who both wrote and directed, drew on the real-life story of exploited Italian villagers as a springboard for a story that is about all sorts and about what happens when we engage with the truly good. Adriano Tardiolo as Lazzaro creates a character both utterly tangible yet not quite in the world, and so credible that it does not even come to mind to question the affection he inspires in deeply selfish others, even in his unreliable friend Trancredi.

The beauty and irony of Lazzaro’s story, that sense of the baroque and the wonderful is reinforced by a soundtrack that includes Bach’s Erbarm’ Dich alongside other iconic sounds ranging from thumping club hits to Italian folk and chanson and Maria Callas singing the Casta Diva Aria from Bellini’s Norma.

The feeling that one is watching a fable comes in part from the texture of the film, and the rounded corners of the frame, which feel like a signal rather than an affectation. Shot on Super 16mm film by cinematographer Hélène Louvart, well-known for her collaboration with Agnes Varda, Wim Wenders, and Larry Clark as well as with Rohrwacher, the imagery captures light and colour as away of capturing time. It is time, after all, that we all live by, and time is perhaps the one thing that Lazzaro, who weathers others’ cruel indifference with equanimity and goodness, is able to transcend.