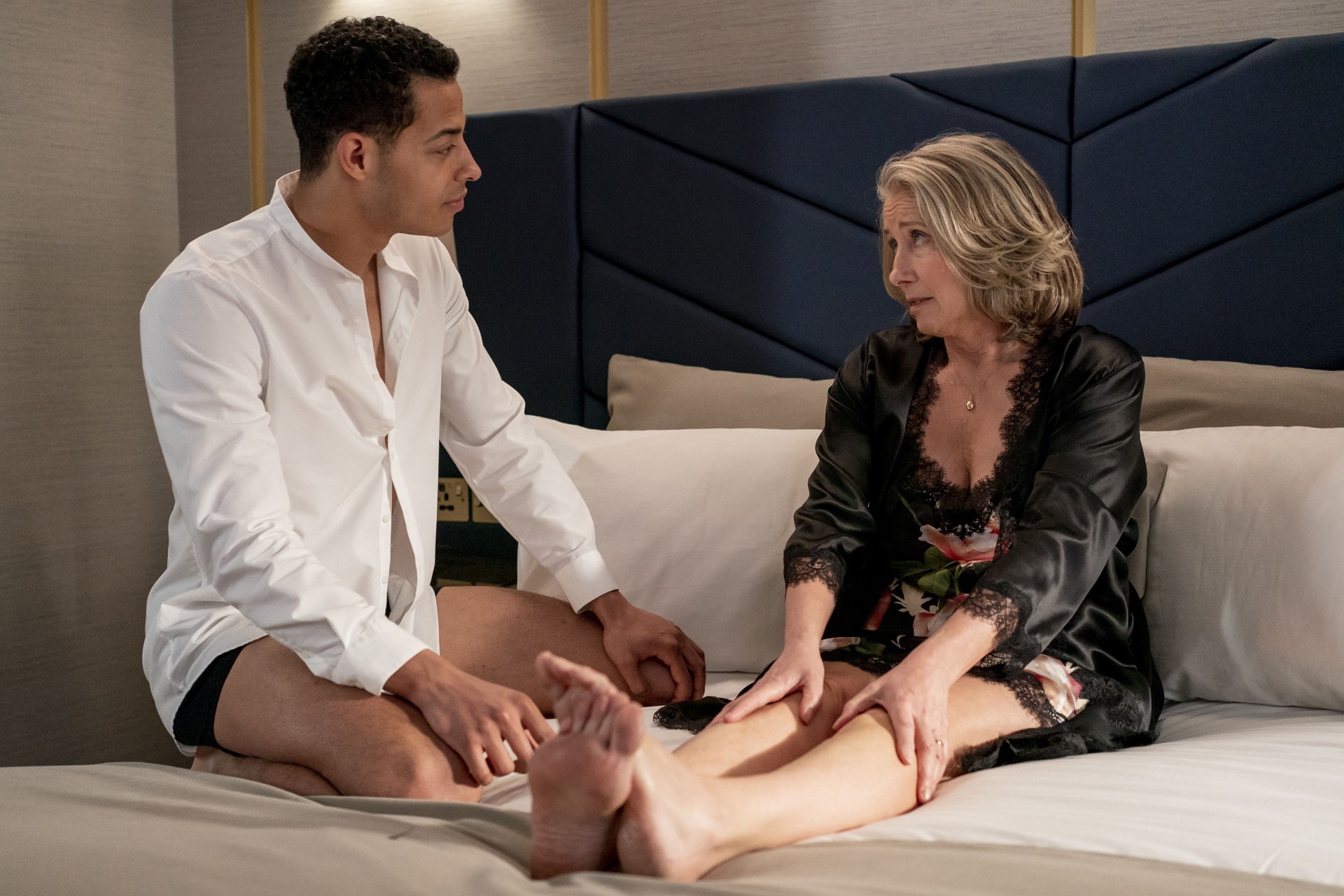 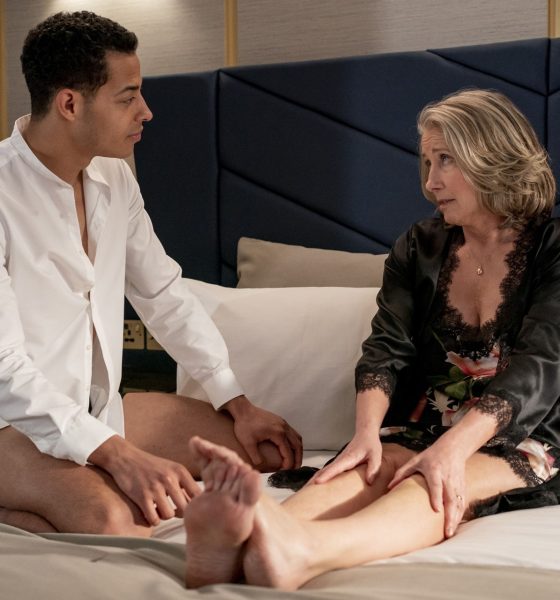 Emma Thompson gives a masterclass in vulnerability as a woman who hires a sex worker in Good Luck to you, Leo Grande. Written by Katy Brand and directed by Sophie Hyde, this bold yet equally delicate dramedy reveals Thompson at her raw best.

When retired RE teacher Nancy (Thompson) meets a sex worker in a hotel room she’s almost certain she’s lost her mind. After a lifetime of displacing her needs in the bedroom and being intimate with only her husband, his passing triggers a new chapter in Nancy’s sexual exploration. Enter Leo (Darryl McCormack), a handsome young man with a laid-back presence, lilting Irish accent and roguish twinkle in his eyes. Unfazed by Nancy’s nerves and keen to reassure her that her quest for gratification is not only noble but necessary, the pair come to a tentative ease with each other that deepens across four meetings.

In confining the encounters almost exclusively to hotel rooms with very little interaction shown outside of our lead pair, Leo Grande strips down to just Thompson, McCormack, and the chemistry between them –  a brave decision that pays off, as it makes for a film that feels as intimate as its subject matter. Brand’s script is refreshingly authentic, and while the messages of sex-positivity are clear, the dialogue never feels as if it’s lecturing the audience. Rather, in showcasing well-written and relatable characters, it holds up a mirror. Nancy allows us to confront our own feelings about our bodies and relationship to pleasure, and through Leo, we examine attitudes towards sex work and the very real people who provide those services.

As much as Leo Grande is about sex and intimacy, it’s also about acceptance. Nancy not only needs to begin to love her body in order to truly enjoy herself in the bedroom but she’s also forced to confront judgements she has projected onto young women in the past – attitudes that stem from the same misogyny that has impacted her relationship to female pleasure. In turn, Leo must deal with his estrangement from his family in relation to his job, a pain he readily pushes aside in favour of his carefree, yet deliberately crafted work persona.

Good Luck to you, Leo Grande is a heartfelt, absorbing film, that deftly works both as a stark dose of reality while leaving a solidly feel-good impression. Doing the much-needed work of breaking down the sexual stigma towards older women, as well as providing a depiction of sex work that exists outside of a narrative of exploitation; a sharp script and nuanced performances are engaging throughout, with a final 10 minutes that are simply beautiful to watch. Although it may not untangle every answer in its exploration of sex and the human condition, Good Luck to you, Leo Grande is charming in its approach and demonstrates a level of compassion that is truly inspiring.