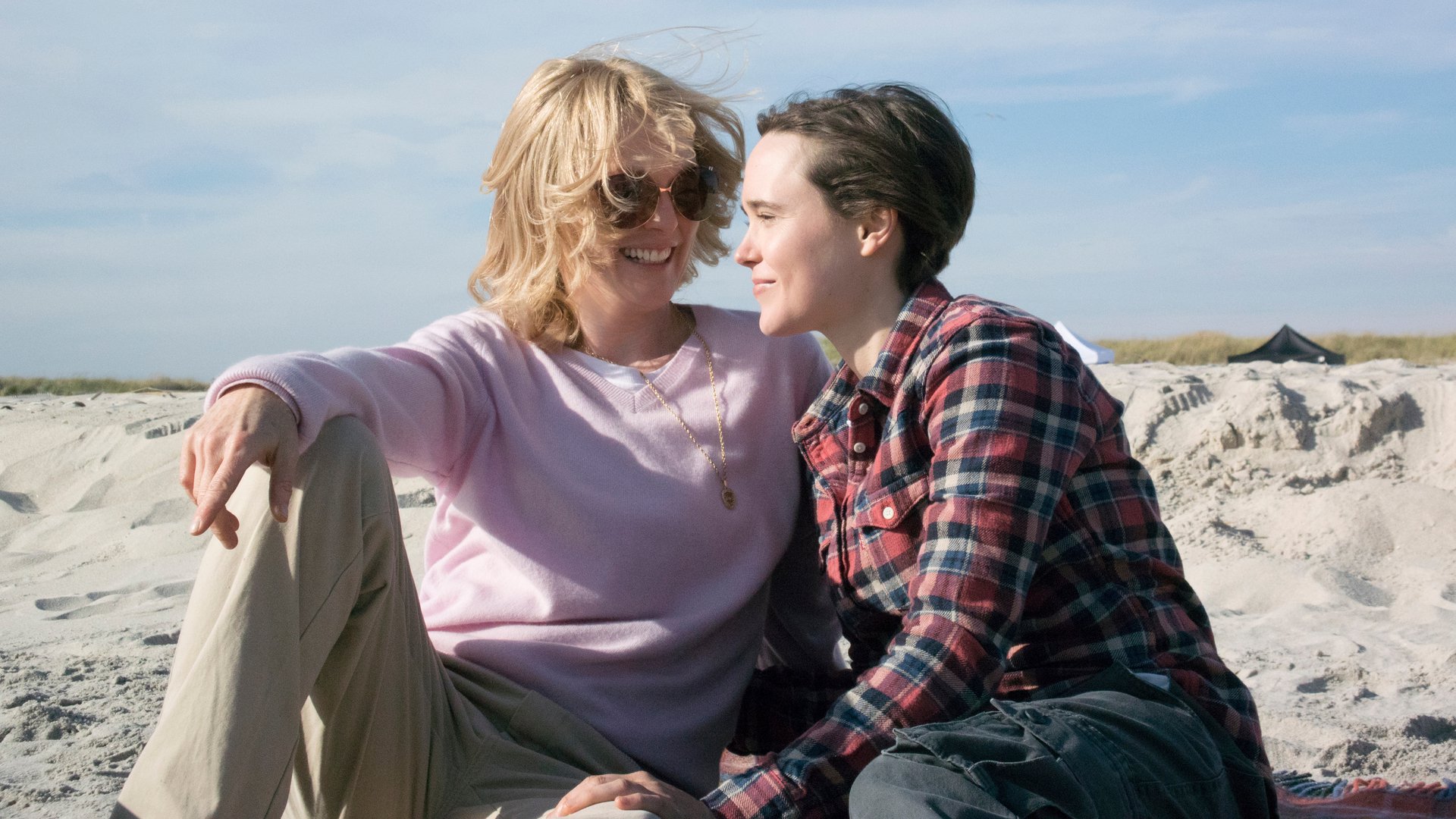 In LGBT History Month, a genuine piece of LBGT history comes to the big screen and is given something of the Hollywood treatment.

“Freeheld” is based on the 2007 documentary of the same name, which traced the fight by New Jersey police officer, Laurel Hester, for her pension to pass on her death to her legal domestic partner.  Time was running out: Laurel had terminal cancer, and it turned out to be a local case that ultimately took on national and international significance, as well as changing American law.  In July 2015, the United States Supreme Court ruled that the right to marriage is guaranteed to all Americans, including same sex couples.  But the story starts in New Jersey in 2005…

Laurel (Julianne Moore) has been a police officer in Ocean County, New Jersey, for over 20 years.  She takes the job in her stride – drugs busts, murder investigations – but what her colleagues don’t know is that she’s gay.  When she meets the much younger Stacie Andree (Ellen Page), she finds the relationship she’s been looking for and the two set up home together, registering themselves as Domestic Partners.  When she’s diagnosed with terminal cancer, Laurel assumes their legal status means that, on her death, her benefits will pass to Stacie.  But the Ocean County legislature, known as the Board of Freeholders, have another view.

The original documentary lasted just 40 minutes, concentrating on Laurel’s campaign, and its length tells you something about this version.  Its essence lies in the second half – the campaign, the relationship between the two women and Laurel’s failing health.  Much of the first half is taken up with Laurel’s police work and her eventual meeting with Stacie: it feels stretched and, at times, almost like padding to make sure of fitting the feature film format. A look at the documentary’s website, www.freeheld.com, shows that some of its scenes have been faithfully re-created in this dramatized version.  But it’s also been Hollywood-ised.  The real Laurel’s post-chemo baldness is nowhere near as perfect as Julianne Moore’s smooth dome.

As a portrait of gay people, it’s uneven.  Heading up the local action group that becomes involved in Laurel’s case is Steve Goldstein (Steve Carell), who describes himself as “loud, gay and a Jew”.  And he’s most certainly all three, always wearing his kippah and calling everybody “honey”.  Yet, much as he causes some laughter, he’s little more than a caricature and a gay one at that, making it uncomfortable in a film that’s about equal rights for the gay community.

The relationship between Laurel and Stacie fares better, with one aspect especially well-drawn.  Laurel is in her mid to late 40s, born at a time when it was unacceptable to be gay.  That, combined with the attitudes on display in the police force, means she’s secretive about her sexuality.  She hasn’t even told her closest colleague, Dane Wells (Michael Shannon), even though it’s pretty obvious he has a crush on her.  Stacie, on the other hand, is not much past 20 and, without the constraints of a public job or social attitudes to contend with, is far more open.

It’s a given that Moore suffers beautifully, although this is the second time in recent years that she’s battled bravely against a disease we all dread.  This time it’s cancer and she does it with her customary conviction.  On the male side of the story is the consistently impressive Michael Shannon as the counterpoint to the women at the centre of the story: uncomfortable with emotions and gay issues, but strong enough to back his friend all the way, even if it means being the only cop in Ocean County openly supporting her.

“Freeheld” gives you a true and inspirational story through a soft focus lens, aiming straight for your tear ducts.  It hits the mark – until you realise what it’s doing and start resisting.  More than that, it’s too glossy and clumsily wears its heart on its sleeve: a quick glance at the poster tells you all you need to know.  Thankfully, it’s redeemed by its leading actors but this is a film which is brought down by its good intentions.

Freeheld is released in cinemas and online on 19 February and on DVD on 22 February.