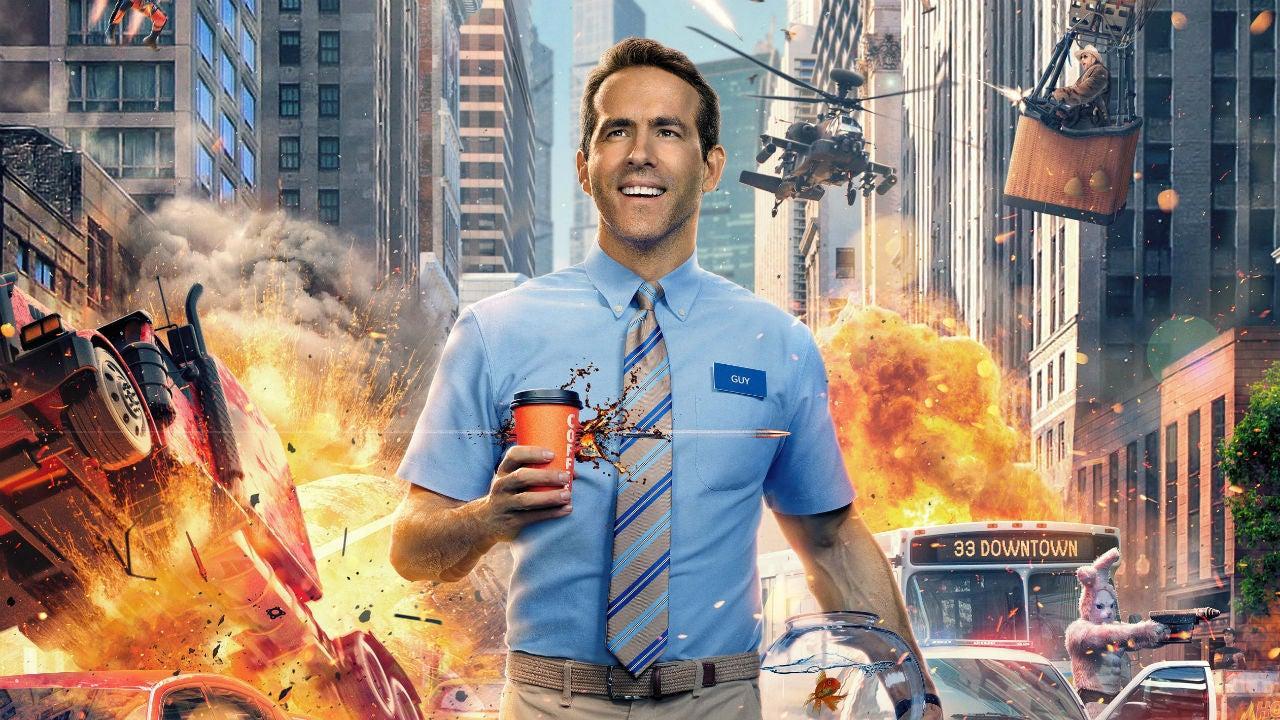 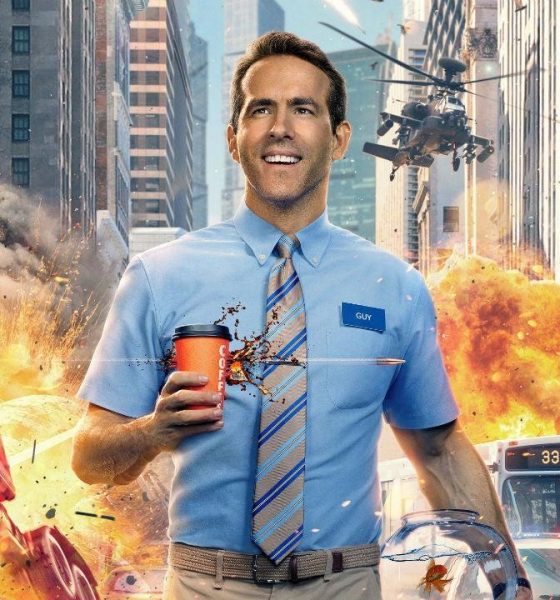 A plain white man wakes up, says hello to the world, puts on a blue shirt, greets several friendly pedestrians, gets a coffee and goes to work – on a perpetual cycle. No, I’m not talking about The Truman Show or Groundhog Day but Free Guy, the latest blockbuster directed by Shawn Levy that has captured the newest cinematic gaming world in the most perky of ways.

Following in the footsteps of the Tron saga, Pixels and Ready Player One, Free Guy is set in and around the game ‘Free City’, an open world online domain in which users complete numerous explosive and lawless missions to level up. Mirroring the Grand Theft Auto and Fortnite worlds, Free City encompasses ubiquitous violence that the online gaming worlds are often shamed for – yet by giving it a glossy Lego Movie-like appearance, it works to enthuse the audience for a fun two hours.

The classic bubble bursting moment finds Guy, our appropriately but unimaginatively named protagonist, changing his morning coffee order to a cappuccino (instead of the textbook medium cream coffee with two sugars). The cinematographic vertigo that comes immediately after is merely a precursor to the audience finding out that Guy is, in fact, a non-player character (NPC) within the Free City game that has transcended his liminal space. He chooses to steal sunglasses – the token symbol of heroism – from a bank robber (ie. a real-life player) which gives him access to the gameplay (and automatic cool points). We quickly learn that Guy has been able to gain consciousness beyond his regime as his code has developed into the first AI (gasp!).

The overriding plot is that somewhere hidden in the game is stolen code from another game idea ‘Life Itself’, that characters Millie (Jodie Comer) and ex-partner Keys (Joe Kerry) are trying to extract to expose the arrogant Free City creator Antwan (Taika Waititi). Essentially, this sees Guy in a spiral of flashy Herculean sequences as he levels up and works to assist Millie, aka Molotov Girl, and fall in love with her at the same time. The narrative works, perhaps making some sort of commentary on actual intellectual property issues in the gaming industry, but is ultimately a bit lost in the film’s attempt to pack a punch with every character.

Free Guy isn’t necessarily laugh-out-loud funny despite its efforts, but does cajole a certain unfaltering smileyness from its audience. Ryan Reynolds plays the archetypal wise guy to a T as his habitual comedic style allows – his facial expressions alone are hilarious, but his witty humour does feel a little walked in at this point, like hearing a good joke for the fifth time. Baring this, the beloved Taika is surprisingly good as the assy corporate hipster, going over-dramatic with his personification in what seems like a clever self-awareness of the silly role. Comer and Keery similarly make a great unlikely pairing – with a peculiar mix of film and tv actors, the casting is surprisingly synergistic. If anything, some impressive cameos, and some correlating nods to popular science fiction, make for an effervescent collective cinematic viewing.

The punchy soundtrack is a cheery accompaniment to the colourful action, but sadly has made Mariah Carey’s ‘Fantasy’ feel a tad sickly. Notwithstanding this, the film’s digital arena precipitates some impressive visual effects – what Inception was revolutionary in achieving with its architectural metamorphosis, Free Guy treats as average. With 20th Century Fox and Disney bolstering production, the film’s budget is visible at nearly every turn (how many rooms filled with flashy cars and weapons can you fit into one film?) but makes for a fundamentally stimulating experience.

Free Guy ticks all the boxes of the big budget blockbuster with its booming synchronicity of sound and action. Ryan Reynolds encapsulates the happy go lucky hero with cheeky charm, but in regurgitating his cartoonish comedy fails to go beyond expectations. The video game theft narrative is kept light and cheerful as the film instead capitalises on grand VFX, excellent cameos and timely references to pop culture. At the end of the day, it will surely make you smile.