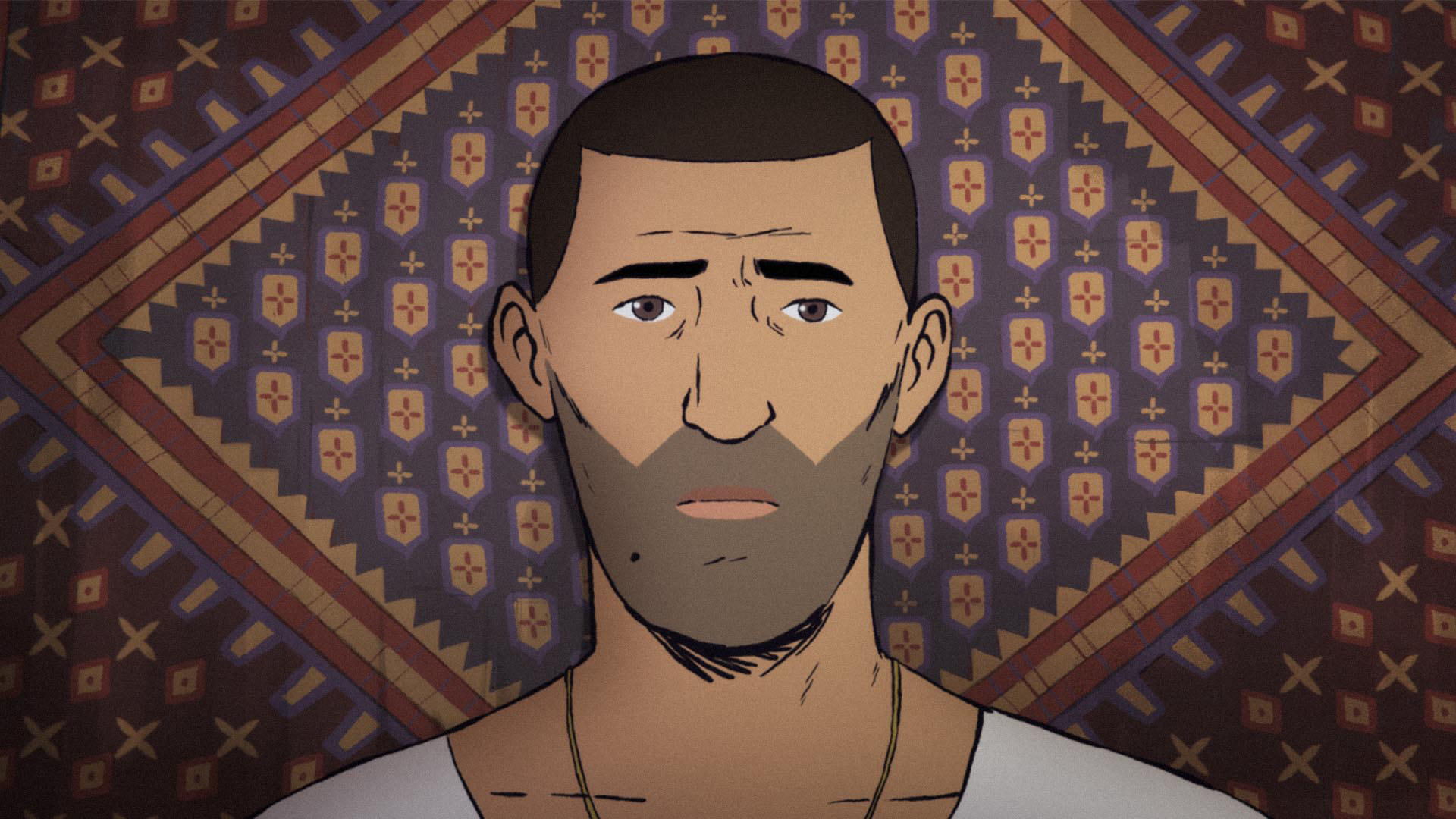 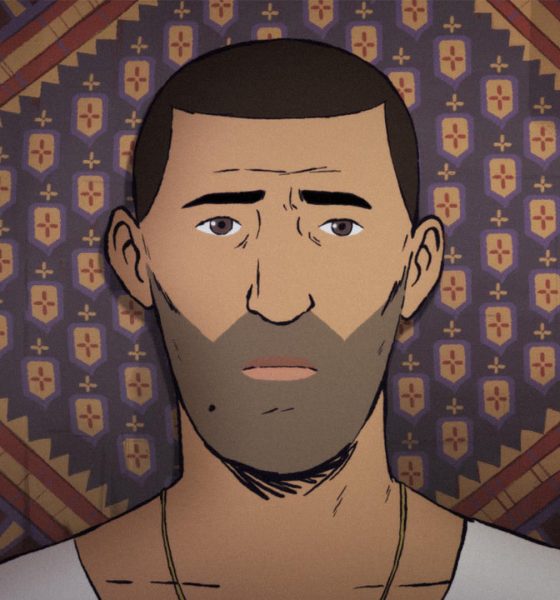 Flee is a medium-defying film for both animation and documentary alike, in service of harrowing, humanist storytelling. Touching on the still all-too-relevant refugee crisis of the Middle East, particularly Afghanistan, Flee uses various animation techniques to aid in Amin’s reliving of traumatic childhood events that come to shape his present. The seamless transitions between mediums along with the utilization of typical film language and sound design within director Jonas Poher Rasmussen’s film only serves to enhance the complexity of the film’s visual style, wonderfully and heartbreakingly enacting out Amin’s inner conflict concerning the definition of home and how this affects his relationship with himself and his loved ones.

Jonas and Amin were high school friends. Having kept his background hidden from his Danish compatriots since his immigration into Denmark as a teenager, Amin is interviewed in several sessions by Jonas. As the film’s director, the latter animates both the interviews and creates a visual tapestry out of Amin’s memory’s. Amin’s story is one of thousands, a refugee from a war-torn Afghanistan, a result of both western meddling and warring factions, that forces him and his family (his mother, older brother, and two older sisters) to flee the country and find a safe place to rebuild. Encountering countless struggles and heartaches, Amin sees the worst humanity has to offer while holding on to the humanity that is essential to him in overcoming these events and the subsequent trauma. In the present day, Jonas follows Amin through his current relationship with his fiancée to be and his self-imposed burden over surviving and being isolated from his family for so many years.

The film is incredibly rich thematically and emotionally, but only in so far as Jonas’ distinctive and elegant directorial choices in two different mediums. Yet, Jonas never loses sight of one simple fact: that this is Amin’s story, and so regardless of if the visuals are animated or anamorphic stock footage, the visuals are always framed from Amin’s point of view, his perspective framing the whole film. This allows Jonas to experiment with animation styles, going between 2D animated techniques to moving charcoal drawings when his memories are hazy when he is telling a story secondhand or projecting his anxieties and fears. These are refreshing visual breaks that tenderly compliment that complex interaction between memory and truth that Amin is caught in.

Flee is also firmly a documentary in that Jonas is a part of the narrative, his animated avatar every so often interacting with Amin’s, as well as includes the aforementioned unanimated stock footage of the Afghanistan Civil War in the late 80s, as well as the rise of communism in the country in the early 80s. What is truly intoxicating about the crossroads of this type of storytelling is how Jonas animates the frame from the interview he filmed and taped. The sound design is not a voice-over in a booth but has an onset mic’s white noise and echo. On top of this, Jonas, in these present-day interviews, will play with focus, include jump-cut editing, and have framing that is more typical of a movie shot on film than an animated frame. The inclusion of classical film form along with the conjoining of the two different genres serves to compound the film’s immense emotional impact.

The film is truly a therapeutic expulsion for Amin, allowing him to question his memory and confront his trauma to find a definition of what home is to him. The style visualizes how Amin’s memory can be unreliable and how vivid certain memories are, and how prevalent they still are to him. From this, the film takes a fascinating examination of how Amin and us all project current feelings or emotions on memories and how certain memories can colour your perception of the present. As Amin and his family reach Russia, their struggles only intensify the film distressingly. Still, they essentially depict the struggles of refugees in foreign countries as they face xenophobia, corruption, and language barriers that are taken advantage of. Amin’s retelling of his time in Russia is the most difficult for him and certainly the hardest to witness. But it all feels in the service of a greater catharsis, and this ends up linking to Amin’s identity as a gay man, which the film portrays affectionately, and the moments where his family and sexuality seem at an impasse, these are instead the film’s greatest moments of warmth and relief.

Flee is first and foremost about the notion of home. The film opens on one of the charcoal moving drawings of a family fleeing amongst a crumbling city as Amin says that the notion of home to him is “someplace safe, somewhere you know you can stay, and you don’t have to move on, it’s not someplace temporary.” Towards the end of the film, this scene is replayed in context: as a rendering of the fictitious story that Amin had to accept as truth, as memory, and in turn, it challenges his want for someplace to settle down in the present day. It was safer to be alone than to build connections that would endanger him and inevitably force him to flee once more. Flee is simultaneously a transcendent and crowning achievement in documentary and animated storytelling, Amin’s perspective retaining a clarity that is eminent until the wonderful final transition.