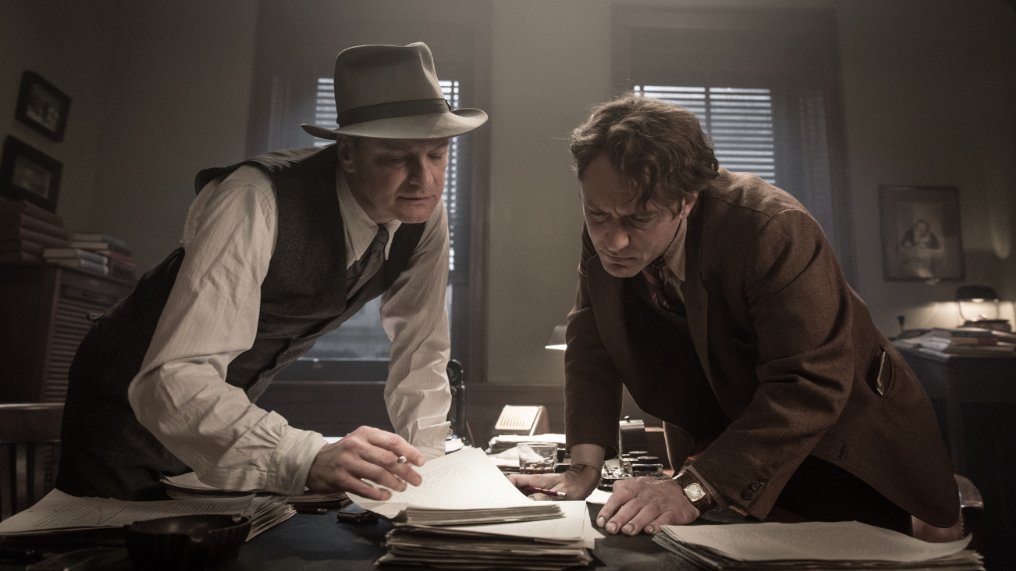 The trailer for the long awaited literary biopic Genius has finally been released online. The film which stars Jude Law and Colin Firth tells the story of author Thomas Wolfe (Law) and his editor Maxwell Perkins (Firth) who was famous for discovering literary greats such as F Scott Fitzgerald and Earnest Hemingway in the 1920’s.

Based on the book “Max Perkins: Editor of Genius” by A. Scott Berg the film charts the ups and downs of their friendship as Perkins struggles to edit Wolfe’s lengthy début novel Look Homeward Angel through to their eventual falling out after Wolfe started to resent Perkins’ input on his work.

First shown at the Berlin Film festival back in February, Genius received mixed reviews from critics.  Audiences will be able to make their own minds up when the film is released in the USA on the 10th June, no word yet on a UK release date.  It also stars Nicole Kidman, Laura Linney, Guy Pearce and Dominic West and is directed by the award winning theatre director Michael Grandage.