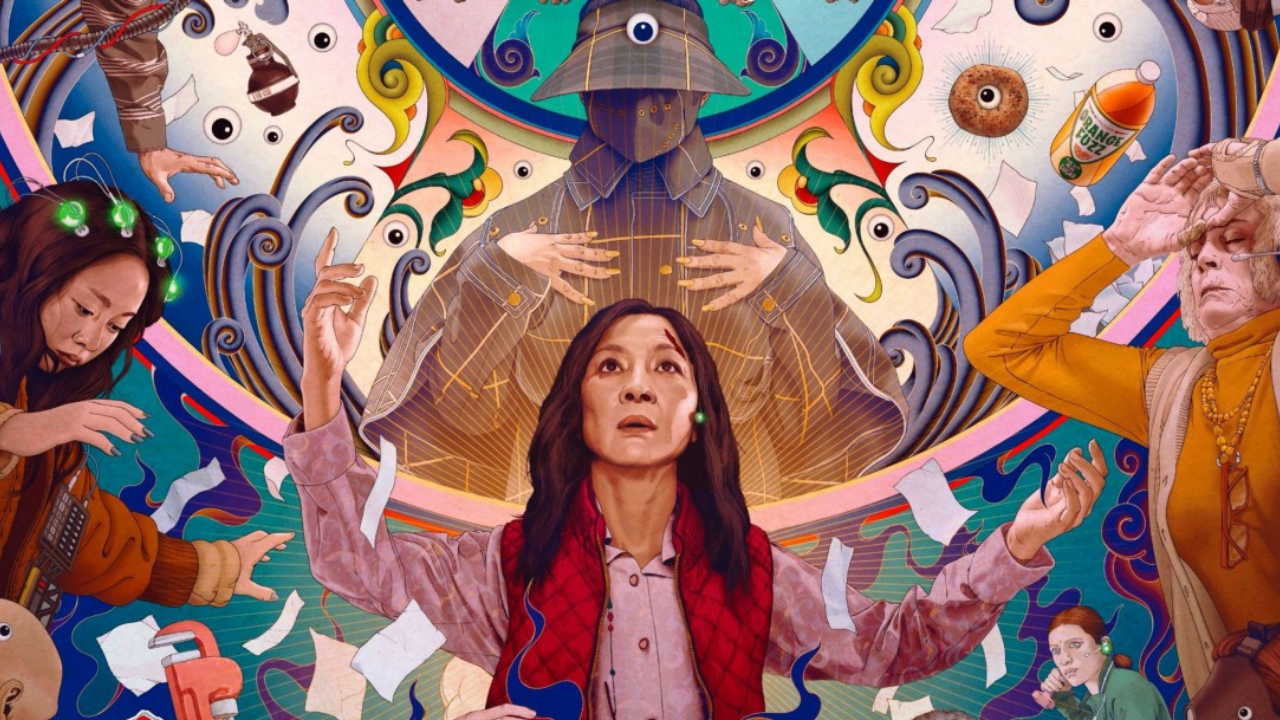 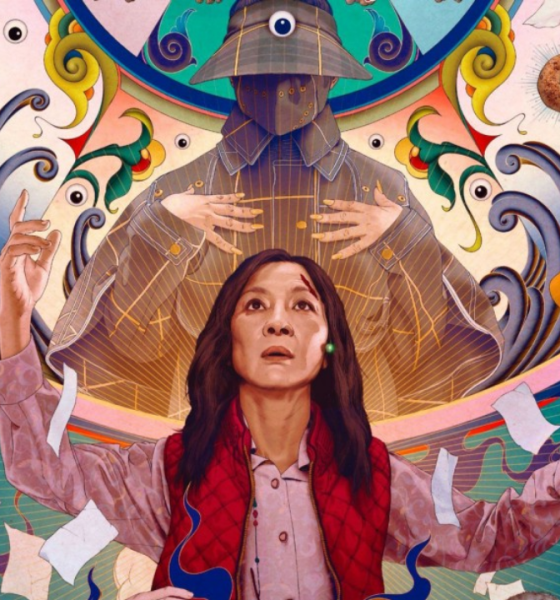 Starring Michelle Yeoh, Ke Huy Quan and Jamie Lee Curtis, Everything Everywhere All at Once is the second film written and directed by Dan Kwan and Daniel Scheinert aka Daniels.

When the film opens, Daniels quickly shatter an idyllic family moment between two parents and their child with a grim reality. At the centre is the overwhelmed Evelyn (Yeoh), a middle-aged Asian-American who runs a laundromat with her husband Waymond (Quan). She is struggling to prepare for a tax audit while caring for her wheelchair-bound father (James Hong) and connecting with her only child, daughter Joy (Stephanie Hsu). With so much going on, she is crying out for an escape. During a trip to the IRS and a tense confrontation with tax inspector Deirdre (Lee Curtis), Evelyn discovers that she can connect to versions of herself in parallel universes and that she is the key to stopping a powerful being called Jobu Tupaki, as well as saving her own multiverse.

To take down Jobu and master the multiverse, Evelyn is introduced to verse jumping. Similar to The Matrix, skills from other Evelyns are ‘downloaded’ but a painful-looking head socket is replaced with wireless earphones. The sheer scale of accessible multiverses created by Evelyn’s life choices allows an overwhelming yet dazzling visual chaos where the existential possibilities are endless. Despite her reluctance towards the unknown, it is not until her maternal instinct kicks in that she embraces the multiverse and becomes a badass – allowing Yeoh to show off her martial arts skills amid the Jackie Chan-style comedic choreography, as well as the power of the ‘pinky’ punch. Even kooky Waymond gets in on the action, breaking bones with a bum bag while inspiring Evelyn to unlock her potential.

But there is more to the film than the high-end concept of multiverses. It deals with existentialism and nihilism through an endless string of ‘what if’ scenarios (the root cause of the multiverse) and Jobu’s pessimistic outlook on life. All of which stem from the film’s core narrative – the dysfunctional relationships in Evelyn’s life, with Daniels subtly delving into the generational and cultural differences between three generations.

As a first-generation Chinese-American, Evelyn struggles with the language barrier (where Joy is considered a translator) and the family customs expected of her, which include caring for her father Gong Gong (Cantonese for ‘grandfather’). However, his critical nature conceals an unspoken yet evident fear of disapproval on her part to behave out of the ordinary, creating a shy and submissive nature. This not only causes everyone (especially White people such as the intense Dierdre) to walk all over her but drives her to hide Joy’s sexuality from him, resulting in a fraught relationship between mother and daughter.

However, Joy is also lost. As a Gen Z Asian-American, she struggles with speaking Chinese and feels that she is disappointing her parents with her life choices. Her antagonism towards her parents (more specifically, her mother) emanates through a lack of concern that not only shapes her chameleon-like persona of Jobu Tupaki but adheres to Evelyn’s quiet need for escape and simplicity, causing the elder to doubt the sanctity of her own existence. Despite her reluctance toward the unconventional and her naivety about the multiverse, Evelyn slowly begins to regain love and confidence with her life with every significant event – her marriage, her family, her business – comes, in a way, full circle.

Although Yeoh has made a name for herself among Western audiences through her martial arts skills and supporting performances in Crouching Tiger, Hidden Dragon; Crazy Rich Asians; and Tomorrow Never Dies, she effortlessly delivers comedy, emotion and physicality in her performance as Evelyn. In her first lead role in a Hollywood film, she is able to shine like the star she truly is and breaks the mould for Asian actors in Hollywood.

In fact, the strong performances from the film’s ensemble of Asian actors raise it to another level. Considered his comeback to acting, Indiana Jones and The Goonies star Ke Huy Quan’s return is a triumphant one as he combines poignancy and impressive action work that is on par with Yeoh while the legendary James Hong brings a confidence to his role as Gong Gong, showing a wheelchair cannot stop him being a strong yet hysterical character. With so many high-profile names to the project, Hsu more than holds her own as Joy, rocking an attitude and a melee of bold outfits that would rival Lady Gaga’s individualistic wardrobe. Supporting cast members such as Jamie Lee Curtis, Jenny Slate and Harry Shum, Jr. also bring something to the party, delivering comedy and suspense to the proceedings.

Regardless of its sci-fi premise and family drama, Everything Everywhere has a rare ability to sway audiences off its tangent through its humour. Whether it is butt plug-shaped awards or hot dog body parts, Daniels litters strong visual moments throughout their bold project that disarms audiences. Taking on stylistic inspiration from Wong Kar-Wai, children’s books and even Pixar, their take on the multiverse is also hilarious with Claude Debussy’s Claire du Lune occasionally playing to bring rare moments of serenity amid the chaos. The directors embrace the concept of being in not just different personalities but different states, culminating in a multitude of memorable scenes with a silent but standout interaction involving a pair of rocks. Through their direction and screenplay, Daniels is unafraid of anything coming across as off-kilter and ultimately dares to convey the multiverse in their own unique way. Along with Son Lux’s whimsical score, the result evokes laugh-out moments and scenes too nostalgic or bizarre to put into words, but every minute is memorable and entertaining.

It may sound too weird for audiences, but the originality and fearlessness driving Everything Everywhere All At Once make it stand out from anything else in the cinema. Visually dazzling, hilarious and surprisingly touching, it is a sublime masterpiece.