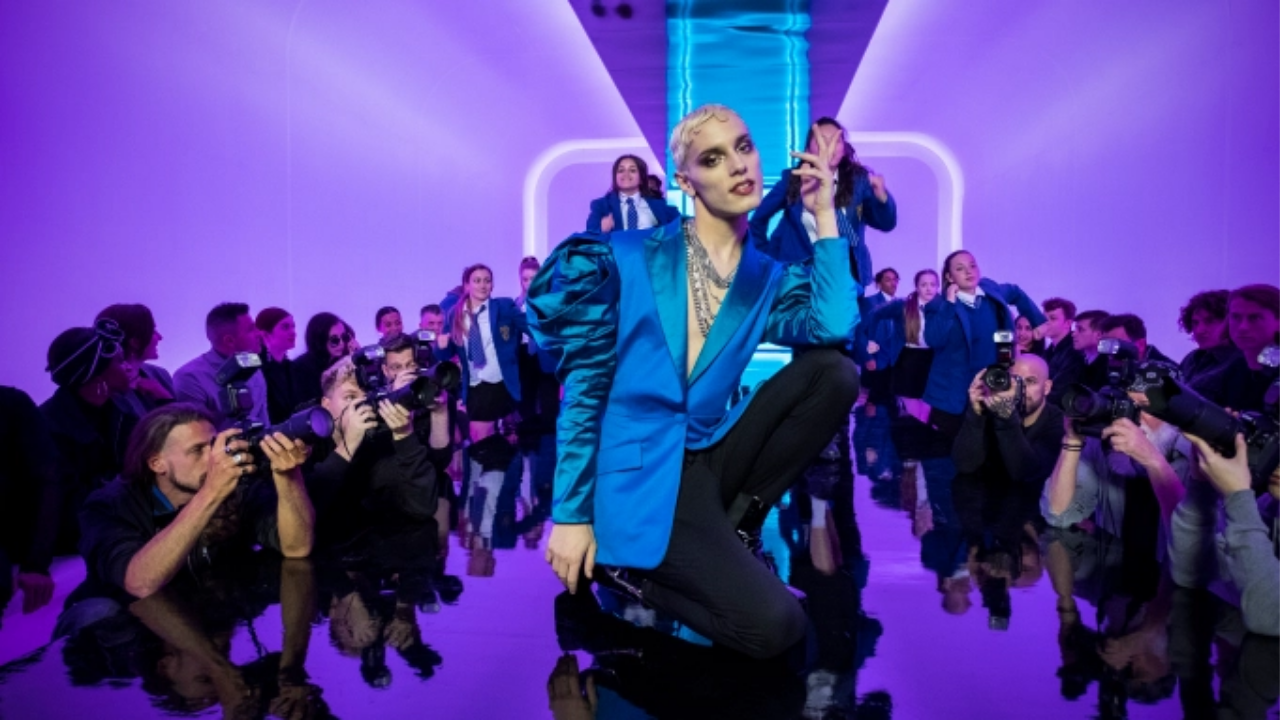 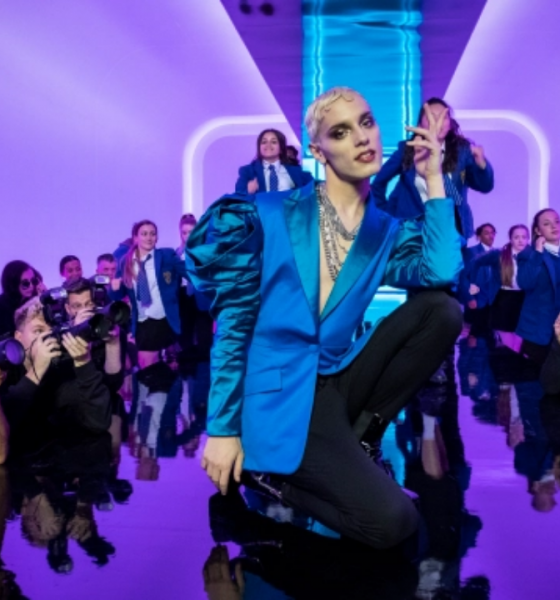 ‘Out of the darkness. Into the spotlight’. An inspiring lyric that reverberates throughout the immaculate soundtrack of this West End smash, rooted in working-class Sheffield. Back in 2011, teenager Jamie Campbell was fuelled by the fire lit by the sheer malice of his County Durham bullies. Bravely brought his heart-warming story to our screens with their darling mom Margaret through a vital BBC documentary that thankfully propelled the conversation of gender identity forward whilst emphasising the undeniable power of drag.

Ten years on, alongside the recent success of RuPaul’s Drag Race translating superbly to the UK scene. It has been a key component in the wider acceptance of drag queens and the dazzling, witty art they create, pushing their talents into the mainstream as they rightfully warrant a bigger platform to showcase them.

After a little over a year of queer people being starved of their safe spaces to thrive, consider this spirited film adaptation the warm, inclusive embrace to not just welcome you back but ultimately celebrate the parts of us we’ve long-repressed that we’ve finally allowed ourselves to fully embody.

Brought to life on the big screen through the bleached blonde brilliance of newcomer Max Harwood. The drab confines of a taunting classroom Jamie New is subjected to daily warrant a swift ‘sashay away!’, led by an unrelenting detractor in classmate Dean Paxton (Samuel Bottomley) and a narrow-minded teacher by the name of Miss Hedge (Sharon Horgan). Bolstered by the joyful bundle that is their bestie Pritti Pasha (Lauren Patel) alongside their ever-encouraging Mom (Sarah Lancashire) and family friend Ray (Shobna Gulati reprising the role). Jamie seeks a more colourful alternative career path in the form of drag, laying waste to the amusing hyper-masculine job advice offered.

Aiding them to take these tentative steps and evolve into a credible performer is ballsy drag mother Loco Chanelle (Richard E. Grant), a soulful veteran in this field who is taken aback by the tender age in which Jamie is pursuing such opportunities to shine. What begins as a standard craving to embrace their fabulous alter-ego on stage escalates into an overdue challenge of the school day norm. Jamie wants to rock a dress to his end of year prom, where they are met with fierce opposition.

It would have been frightfully easy for Everybody’s Talking About Jamie in its cinematic transfer to overly indulge in the gloss aesthetically. Much to director Jonathan Butterell’s credit it fully retains the grounded charm that made its stage counterpart so relatable. To begin with, keeping the choreography loose instead of being overly polished, as we’re treated to the playful B+W ‘Vogue’ riffs of ‘Work Of Art’ and the ballroom beauty littered throughout ‘Spotlight’ which wouldn’t look out of place on Strictly Come Dancing.

The crucial, poignant difference in this version is how it marries the politics of a painful queer past with the fearlessness of its modern queer community. In a time that perhaps queer cinema more broadly is wrestling with pushing the narrative forward with positive representation, without losing sight of why the older generations remain impassioned and are fearful of complacency—channelled through a powerhouse walkthrough by Grant’s Loco of the height of the HIV/AIDS crisis that remains sorely misunderstood by many to this day, alongside the despicable legislation of Section 28 implemented by a wretched Margaret Thatcher, which is underpinned by an anthemic new song performed by Frankie Goes To Hollywood’s Holly Johnson. A sequence that inevitably reduced me to tears. In immersing Harwood’s Jamie in those early Pride parades that have become too commercialised in modern times and those intimate queer spaces that were at a premium during that era. It’s a timely reminder to younger queer people that for all the progress made, we cannot be blind to the battles we’re currently encountering that threatens to undo the rights that were fought so intensely.

Commanding the screen from the outset, the film has unearthed a sparkling diamond in Max Harwood. Whether it’s the touching vulnerability expressed in those difficult exchanges with disapproving dad (Ralph Ineson) or being a killer lip-sync assassin in Legs Eleven with them introducing their drag persona to the masses. They are a character you root for every step of the way, in a role that to the uninitiated who themselves are struggling to articulate their own inner queerness outwardly will do many people a world of good once seen—tasked with delivering a beautiful song that is widely considered the showstopper of the piece. Sarah Lancashire is on fantastic form as Jamie’s encouraging mom Margaret who, for better or worse, is doing her best to protect her son from a tidal wave of heartache, whose rousing rendition of ‘He’s My Boy’ really gets those emotions stirring.

Never not a ray of sunshine Richard E. Grant is just fabulous in the role of Loco Chanelle, whose wit and wisdom provides the necessary kick Jamie needs to fulfil his dream and live his life unapologetically in his mission to change hearts and minds—still armed with a crowd-pleasing f-bomb. Lauren Patel’s Pritti ends up being a delightful ally who may just be harbouring deeper feelings of her own for Jamie.

Elsewhere, there are a couple of sore points in the transition of certain characterisations. Teasing hints of humanity on stage but sadly feeling one-note here. Whilst Sharon Horgan is an ever-reliable presence as Miss Hedge, and you are left craving more depth to the teacher/pupil dynamic instead of surface-level cynicism towards Jamie’s choices. Known as a source of freewheeling fun and hard truths, you suspect Shobna Gulati’s Ray has been a touch short-changed too, who is relatively restrained in this interpretation in comparison.

Minor niggles aside Everybody’s Talking About Jamie is the big-hearted celebratory tale of queerness we sorely need right now that is a fitting companion to a much-beloved stage show. Most importantly, for its target audience. If you’ve struggled to have a friend around you in recent times. You will absolutely find one in Jamie New.

And in that ‘meeting’. May you thrive.