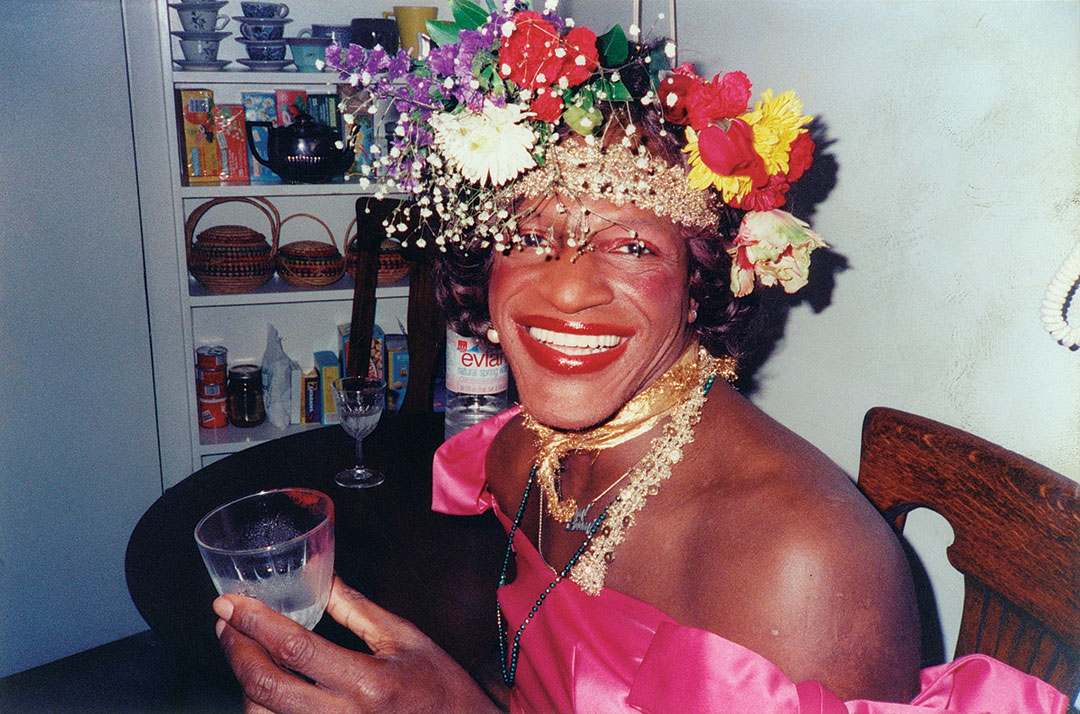 A formidable, fabulous figure whose glittering personality consistently lit up Christopher Street in West Village New York, leading the charge against the police in the infamous Stonewall Riots of 1969. Although Roland Emmerich’s woefully misjudged 2015 effort ‘Stonewall’ would wrongly lead the uninitiated to believe otherwise…

New Jersey born African-American trans woman Marsha P.Johnson will forever be considered an icon within the LGBTQ+ community for her tireless and fearless commitment to liberating gay men and women across the country, as well as fighting for the rights of the transgender and drag community.

In life, undeterred in living her truth. Yet through her passing on 6th July 1992, the cause of Marsha’s death is still shrouded in mystery 25 years on. Beautifully crafted by Oscar-nominated director David France, ‘The Death And Life Of Marsha P.Johnson’ encapsulates the caring communal spirit that she endorsed along with the sheer injustice and marginalisation that frightfully remains.

On the brink of retirement and with limited resources at her disposal through the Anti-Violence Project, we witness the continuing struggle to protect trans women from despicable acts of violence through the eyes of Victoria Cruz.

Desperate in her pursuit for closure to the case, she is firm in belief that Marsha’s worldwide status may prompt a radical rethink, in how these matters are dealt with from a legal standpoint. Re-examining every possibility, only to encounter fierce opposition from select former members of the NYPD and top-level government figures, this merely heightens Cruz’s suspicions that this was not the tragic suicide it was classed to be.

Peppered with startling archived footage and insightful contributions from friends who fought alongside Johnson, the outstanding quality of France’s documentary is how it widens the scope, forcing the viewer to contemplate just how much progress has been truly made within the LGBTQ+ community.

An impassioned rant from 1973 as fellow activist Sylvia Rivera who co-founded the organisation STAR with Marsha, challenging her fellow gay brothers and sisters for seemingly abandoning trans people. The dismay and disgust expressed by community advocate Ted McGuire, as the film highlights the protracted case of another trans woman in Islan Neddles, implying that the privilege bestowed upon gay men and women has left them shamefully forgetting the ‘T’ in LGBT.

The seamless intertwining of the sacrifices made in a historical past whilst highlighting the issues that are still prevalent in the modern day, makes for heartbreaking and eye-opening viewing. It also succeeds in being a superior, pacy procedural, that is as unrelenting as Victoria Cruz’s chase for the truth.

It’s only when she slows down by the Christopher Street Piers and we’re truly given a chance to peel away at the many narrative strands of this remarkable story, that the devastation and sense of loss not only through Marsha but various victims within the community, is overwhelmingly felt.

In a time where its country’s President seems intent on reversing rights. David France’s doc is a timely reminder that remaining united trumps being divided.

‘The Death And Life Of Marsha P.Johnson’ is both an astonishing achievement and tender tribute to its subject matter, enforcing that whilst she may not be here in body, what she stood for will always be front and centre of any Pride parade.

Related Topics:DocumentaryLGBTThe Death And Life Of Marsha P.JohnsonVictoria Cruz
Up Next