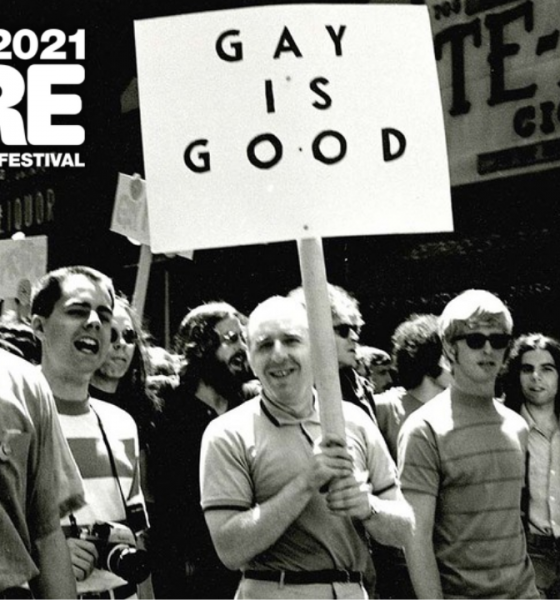 ‘There is no cure for that which is not a disease’.

If this line could be delivered and driven into the privileged minds of our current Conservative government, this gay man would be ever so grateful. At the time of writing, it has been close to 1000 days since they themselves made the promise of banning the wretched practice of ‘conversion therapy’, with frightfully little movement on the matter since.

To the uninitiated. This despicable attack on the lives of many a queer person stems back years, with those in the medical profession wrongfully encouraging and carrying out treatments in a wretched attempt to alter one’s sexual orientation and ‘cure’ them, arriving from across the pond. This powerhouse documentary from directorial duo Patrick Sammon and Bennett Singer couldn’t be timelier, documenting the titanic struggle of a bold group of queer activists challenging the might of an institution throughout the late 1960s and early ’70s, where the real sickness was present.

Bolstered by archival footage that flips between inspiring and deeply distressing, with its chilling opening of a 1966 Florida school address condemning homosexuality, striking fear into the children present fittingly setting the stage for the task ahead. ‘Cured’ seamlessly shifts through its heroic array of perspectives who were on the frontline, gunning for the oppressive APA (American Psychiatric Association) to finally remove it from its manual of mental illnesses. America was on the edge of a moral precipice in the midst of strong opposition of the Vietnam War, with the battle over Civil Rights for black Americans and women’s rights also raging alongside better protection of queer people.

Leading the charge to liberate its fellow members of the community were the head of the Mattachine Society of Washington, Frank Kameny who was already well versed in gay rights marches. The tenacity of Barbara Gittings, whose voice was heard showing solidarity with fellow lesbians on ‘The David Susskind Show’ in 1971, who fiercely rebutted the medical evidence its host was adamant was valid and topped off by the sheer bravery of John Fryer, who was at odds with his profession and went to desperate lengths to protect his livelihood, taking on the alias of H-Anonymous. Sparked by a stirring speech at a Dallas APA convention in 1972, which happened to be the first account their members heard of a practising psychiatrist who was gay, with his grotesque mask and voice-altered microphone outlandish signs of just how precarious his position could be if his true identity was discovered.

Years down the line since that historic 1973 triumph provided a crucial building block for LGBTQIA+ rights. The interviews conducted here with its key figures are as impassioned as you’d expect, who are frank and thorough in detailing how extremely limited the job market could be for queer people, who could so easily be exposed to blackmail that would compromise their sexuality. Documenting the heart-breaking decision of either being forced into a heteronormative marriage or be thrown into a mental institution through Reverend Magora Kennedy.

Transitioning into the unbridled joy of entering a gay bar for the first time expressed by Dr Charles Silverstein, where you finally escape the horrors of your own mindset inflicted by seven years of therapy and realise that this is the only remedy you’ve ever needed. Also emerging as a compelling middle man are the musings of gay rights advocate Richard Socarides, who went on to become a senior advisor to former US President Bill Clinton. His younger self at the time struggling to be open about his attraction to men, long at odds with his infamous father and heavyweight psychiatrist, Dr Charles Socarides, who happened to be the key antagonist installing such progress.

Shedding much-needed blinding light on a largely unknown part of queer history. Cured is a rich and rousing documentary that serves as a crucial reminder that we can’t get too comfortable in the fight for equality in the wake of current battles.