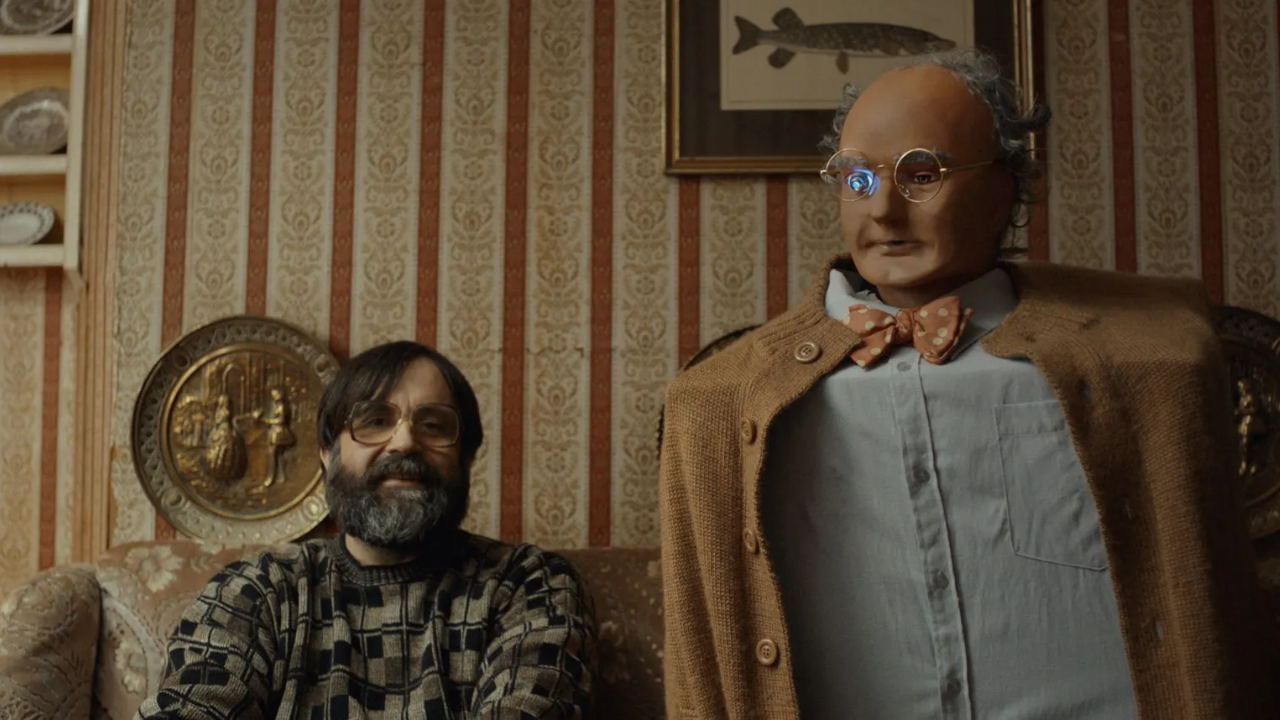 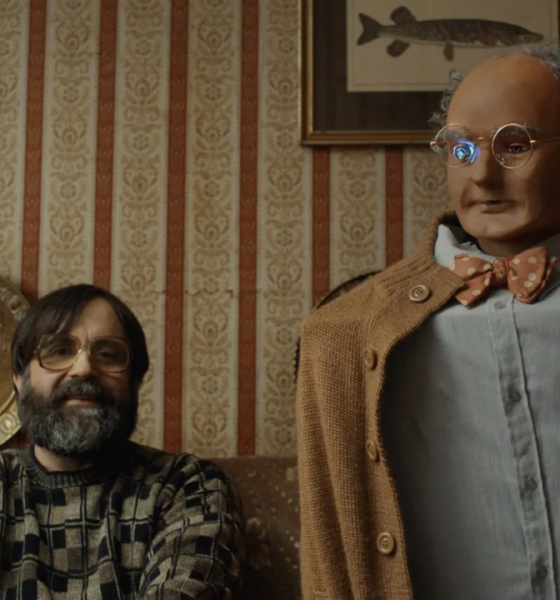 Given the exceptional circumstances in which society has found itself in recent years, many people have had a wealth of time on their hands, prompting us to recalibrate the mind in how we approach each day. When the deep melancholy that comes with having no one to talk to whilst feeling cut off from the world strikes, it can push you to pour all your efforts into something creative. How does building a talking robot with a mannequin head and a washing machine body sound? If, like Brian (David Earl), this seems awfully appealing.

Brian is looking to mentally rebound from the chilly bite of winter, where an intense sense of loneliness engulfed him. Rather like the dartboard, he takes aim at regularly; he’s clinging to the hope that one of his inventions hits the bullseye. Whether it be the minor interest drummed up by his pinecone bags or parading around the village with his flying cuckoo clock. They are his unlikely icebreakers for feeling more connected to the world around him.

Brian doesn’t bank on the low-key wonder of his latest cabbage-obsessed creation Charles to enrich his life, proving a welcome fit for his quirky sensibilities. He consistently breaks the fourth wall to muse over his process with its pitch-perfect mockumentary style, reinforcing his outcast label. The rapid growth of Charles’ personality leaves Brian trailing behind, reluctantly prompting him to face up to long-gestating issues such as finally addressing the brutish local bully Eddie (Jamie Michie), juxtaposed with acting on the simmering admiration felt for the softly spoken Hazel (Louise Brealey).

Brian and Charles plays out like a loving ode to British eccentricity, but even more so, the mad inventor and his creation dynamic often explored in classic science-fiction and gothic horror, subverted by the immense warmth and intimacy Jim Archer’s direction grounds the narrative in.

Aesthetically Charles’ curly grey locks are not a far cry from Gene Wilder’s Dr Frederick in Mel Brooks’s Young Frankenstein, with its madcap comedy closely aligned with the absurdity on offer here, as the lighter shades of his clothing prove a neat visual nod in drawing a melancholic, blue-jacketed Brian away from the darkness he was plunged into. Charles’s ever-improving articulation and eagerness to see the world (bless that Honolulu skirt!) enables a somewhat surprising parent/child style relationship to emerge. Where traditionally, the inventor of the piece would be hungry to wield power, Brian is far too timid compared to that role. Through the creation of Charles, his character arc is a more thoughtful brand of stepping back into the ownership of truly enjoying life with others, epitomised by a jig to a classic Communards track around the kitchen.

Portraying a character that has already served him well on the comedy circuit, you can’t help but find the initial shyness and dry humour David Earl delivers utterly endearing, exuding a sincerity that is invaluable in finessing the authentic friendship taking centre stage. Unenviably buried within such an imposing, cumbersome costume, screen partner Chris Hayward is terrific in establishing a distinct comedic rhythm with Earl’s Brian, whether it be the awkward physicality of being startled by birds or the delayed responses to a gentle telling-off. Their superior pairing yields frequently funny results. It may be borne out of junk, but Brian and Charles is solid gold.