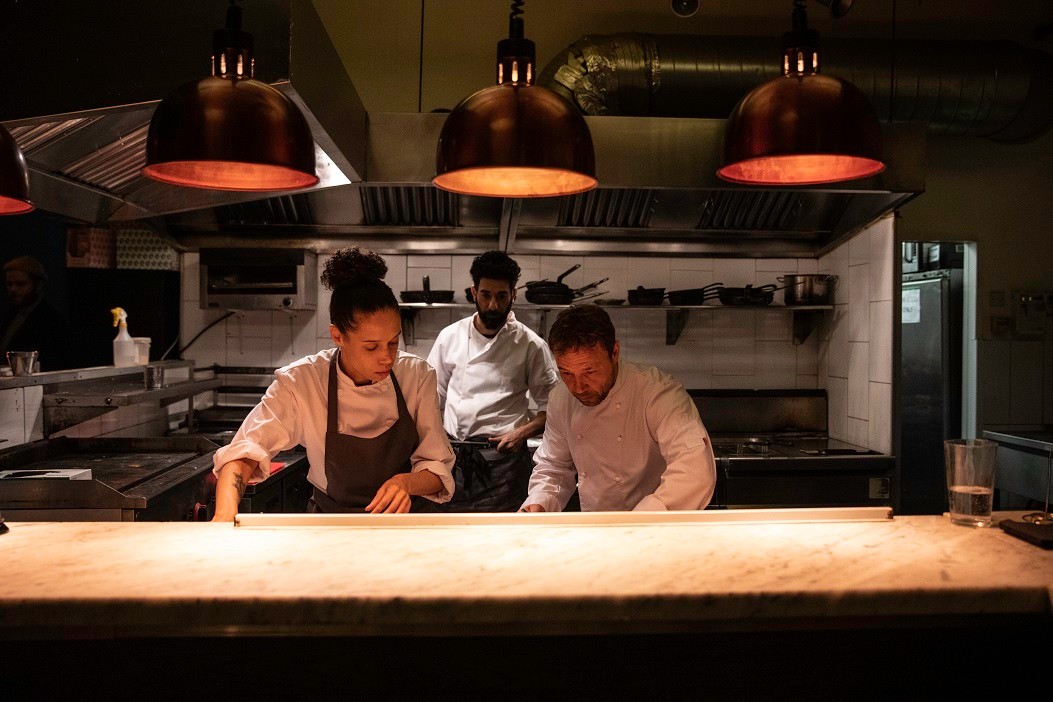 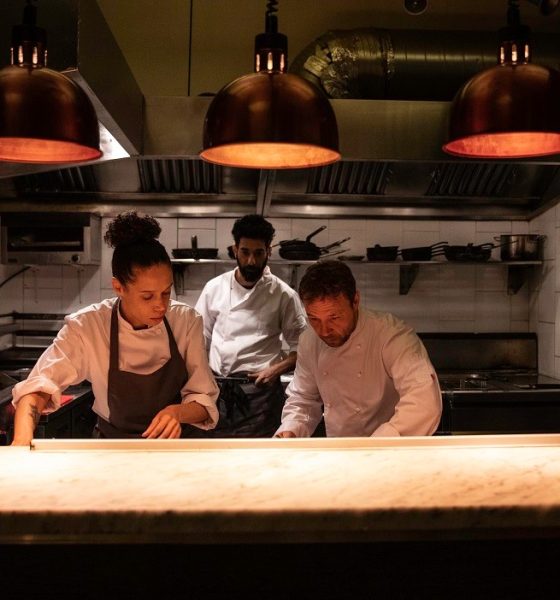 Expecting perfection may come hand in hand with taking yourself out for a Michelin meal (think small portions but big, immaculate flavour profile), and with such high expectations the preparation and planning must be faultless. Where cracks arise, as is the case for head chef Andy Jones (Stephen Graham), living in an intoxicated quandary of familial disconnection, loneliness and exhaustion can only lead to one thing: Boiling Point.

One festive evening, we are dropped into the shoes of our head chef as he tardily approaches his restaurant ‘Jones & Sons’ ahead of an unknowingly momentous service. The open kitchen restaurant in the trendy Dalston backstreets is a genuine venue in East London, however, in director Philip Barantini’s work of fiction, it is the bearer of extreme misfortune at the expense of its fine dining status. Whilst sounding ostensibly prosaic, the melange with which it presents its moments and characters makes for a highly stimulatory and completely versatile experience. The evening in question becomes a compendium of catastrophe, with each episode leaving the restaurant and indeed, Andy, in a further state of turmoil.

As per the kitchen’s forte, such fine cinema is the product of a precise mix of high-quality ingredients in the form of overlapping narratives amongst the evening’s populace. From the get-go, Andy is under siege from a surprise health and safety inspection wherein the venue’s rating is dropped from a five to a three due to his improper paperwork and working standards. To further dismay, key ingredients and staff are absent, and the obnoxious front of house manager Beth (Alice Feetham) reveals a number of noteworthy diners are on the cards, most significantly a visit from Andy’s former boss and TV chef Alistair Skye (a welcomed portrayal from Jason Flemyng). The bar is set at a superlative level and so the pressure in the kitchen begins to rise.

The film oozes layers of emotionality, similar to that of a mille-feuille or an onion, brewing several staggered snapshots of the night to perfect the flavourful stew that is the plot. From the sous chef Carly, superbly played by Vinette Robinson, having her talents and possibility for a raise fall on deaf ears; to a junior pastry chef accidentally revealing his history of self-harm as he rolls up his sleeves; to the high-spirited waiting staff revealing their intrinsically musical or theatrical dreams beyond hospitality; to a pregnant kitchen porter struggling for stability. An original and authentic screenplay is delivered with nuance and outright plausibility, reminding me eerily closely of the many faces I’ve met in the industry. Ultimately, the ensemble cast excels in their performance, with Graham’s man-on-the-edge showing his unwavering aptitude foremost.

Boiling Point is an extended vision of Barantini’s 22 minute short of the same name from 2019; though in this instance we are treated to a full 90-minute one-take. As the restaurants we frequent remind us that the table must be returned in an hour and a half, Barantini’s novel too sits us right at the dinner table in real-time, eyes gawking at the happenings in our immediate locus. Impressively going beyond this, cinematographer Matthew Lewis’ handheld camera becomes our eyes as we dart around the kitchen and in and out of the restaurant. It is the nature of this one-take that makes the film utterly immersive; making us feel at once a guest on the hunt for culinary excellence, and the staff waiting on a variety of imperious clientele. Akin to the expert level of Sam Mendes and Roger Deakins’ 1917’s planning, it is clear that the faultless visual fluidity has been achieved by rigorous blocking and sterling directing from Barantini.

As the name suggests, Boiling Point places its audience firmly within the pressure chamber that is the restaurant/kitchen and provokes a protean anxiety up to eventual breaking point. The stress engendered by witnessing the spiralling calamity is what keeps you on edge – in a slightly voyeuristic manner, the trepidation of a high-class review from critic Sarah Southworth (Lourdes Fabares) alongside grief from the most pompous of customers is gripping to watch; whilst there always seems hope that Andy will adapt and overcome. Emotions are set high, and Barantini elicits them from us to their peak across the runtime in a way that feels as if we have been part of the furniture at Jones & Sons for years. When Jones is told by a colleague to take a breath, the entire audience surely does too.

Pace is no mean feat in such high-quality filmmaking and nicely takes us from each corner of the microenvironment to witness the quiet solitary moments the staff take for themselves, whilst not missing any of the drama. Through this precision, the entire choreography of the film is a delight to watch. Fundamentally, Boiling Point serves a feast of passion and delirium as it visits the dining experience under the lens, markedly accentuating the demons that arise from the pressure in the kitchen.