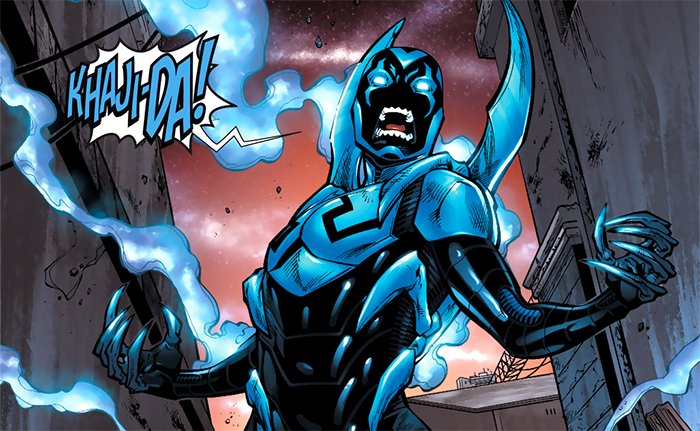 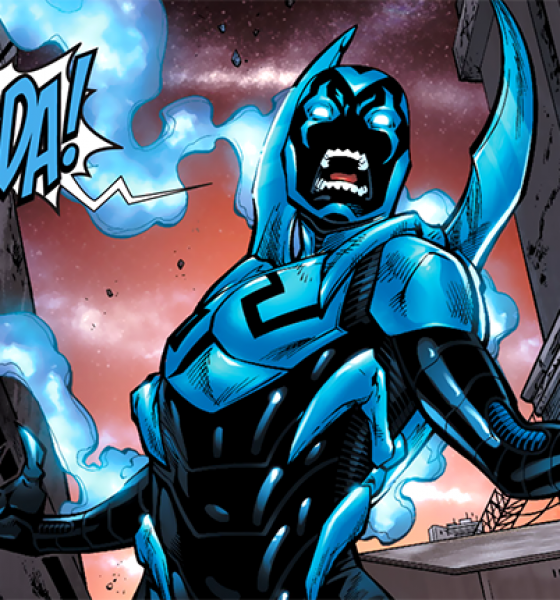 Warner Bros. has announced that a Blue Beetle movie – starring the young, latino version of the character, Jaime Reyes – is presently in the works for the DCEU. And if past instances are anything to go by, it’s likely this article will be as far as the story goes.

This flick is of course separate from Blue & Gold, the Blue Beetle/Booster Gold time-travelling comedy that was announced back in 2015, and would star the Ted Kord version of the character.

This purported incarnation of the superhero, Jaime Reyes, is an ordinary high school kid who accidentally bonds with an alien scarab that latches on to his back, and can deploy into a high-tech suit of armour at will.

No release date for Blue Beetle has been announced, and let’s face it, there likely will never be one.