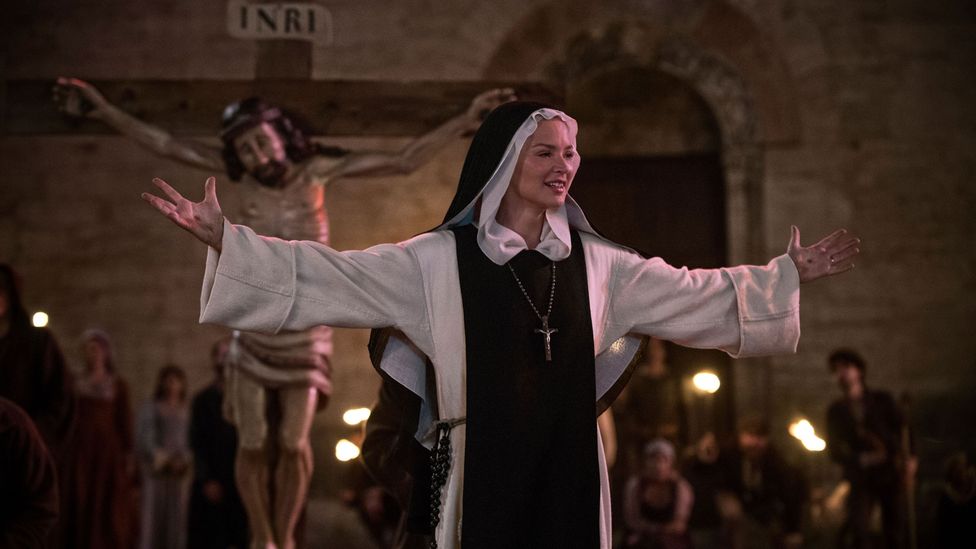 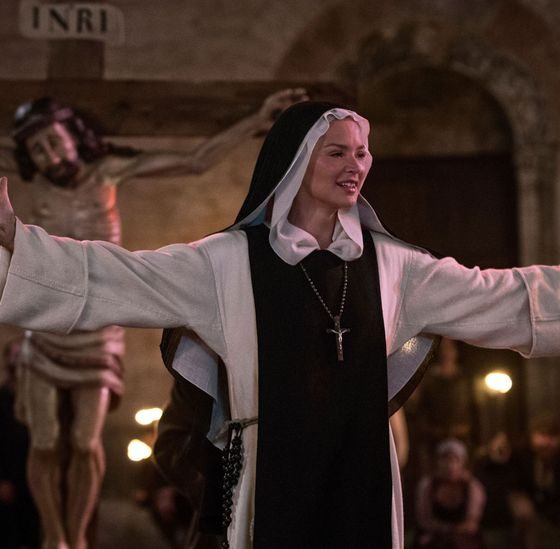 Starring Elle actress Virginie Efira and Charlotte Rampling, Paul Verhoeven’s latest film Benedetta is a biographical drama set in Pescia during 17th century Italy. The film revolves around Benedetta Carlini (Efira), a young nun who embarks on a lesbian relationship with another nun.

On her first night in the convent, the young Benedetta narrowly escapes death when a statue mysteriously falls on her, reinforcing her father’s claims that she is a ‘miracle child’. Fast-forward 20 years or so, Benedetta is compelled to help when the abused runaway Bartolomea (Daphne Patakia) wants to find refuge in the convent, which ignites her particular interest in the nun. Meanwhile, Benedetta begins to experience fervent religious visions that not only brings her and Bartolomea closer but arouses suspicion from the Abbess (Rampling) and her daughter Christina (Louise Chevillotte).

As Benedetta Carlini was known for her lesbian relationship, Benedetta’s core narrative is unclear. Despite her unwavering devotion, the increasing strength of her visions shrouds her in mystery. The audience is left guessing as to whether Benedetta is a religious vessel, especially as her outbursts timely distract others, and she never fully denies the accusations against her. Her integrity slowly becomes lost as her relationship with Bartolomea deepens behind closed doors, which raises questions as to whether her faith is now governed by lust or vice-versa.

In addition, her love for Jesus takes a heavily romanticised (and occasionally incredulous) direction as he is seen as a knight in armour when she is in peril. Verhoeven and David Birke’s screenplay leaves the meaning of these visions ambiguous to audiences so we are left to debate as to whether this is to be taken as spiritual guidance or a hint of her burgeoning sexual awakening.

The screenplay also explores the power of faith as the people of Pescia are quick to take Benedetta for her word due to her wounds (stigmata) and make her the Abbess – so much so that a bitter Christina publicly accuses Benedetta of lying, only to be swiftly and violently punished for lying herself. It is this resounding belief in Benedetta that guides the charged dialogue, which emphasises everyone’s eagerness to prove their loyalty and love for Jesus.

Seen previously in Verhoeven’s Elle and, more recently in French comedy Bye Bye Morons, Efira is quite cool yet sullen as the eponymous nun, which only makes moments involving her character’s outbursts unintentionally hysterical. Nonetheless, she shares a seductive chemistry with Patakia, who delivers a compelling yet quietly emotive performance. Meanwhile, Rampling is a beacon of calmness in the convent as the Abbess, who chooses to rule quietly and with neutrality. She provides an interesting counterpoint to Lambert Wilson (better known as the Merovingian in the Matrix franchise) is understated as the slimy Nuncio, who is eager to uncover the truth behind Benedetta’s taboo relationship.

Verhoeven slowly builds the tension through intimate direction while Jeanne Lapoirie’s cinematography brilliantly emphasises the sun-kissed cobbled streets of Italy and provides a serene backdrop for Benedetta‘s graphic scenes (with an expectant maid providing a needless yet brazen moment). Not only do they make intermittently uncomfortable viewing but they also cause the film to dip in context – are we watching Benedetta’s forbidden relationship or her life as a mystic? But considering the film is loosely based on Judith C Brown’s book “Immodest Acts: The Life of a Lesbian Nun in Renaissance Italy” and Verhoeven’s penchant for explicit sexual scenes, it is probably the former.

By the time Benedetta reaches the end credits, there is enough intrigue to the eponymous nun to read more about her. Unfortunately, the narrative succumbs to inconsistencies in tone and context, resulting in an idealised and confusing biopic.