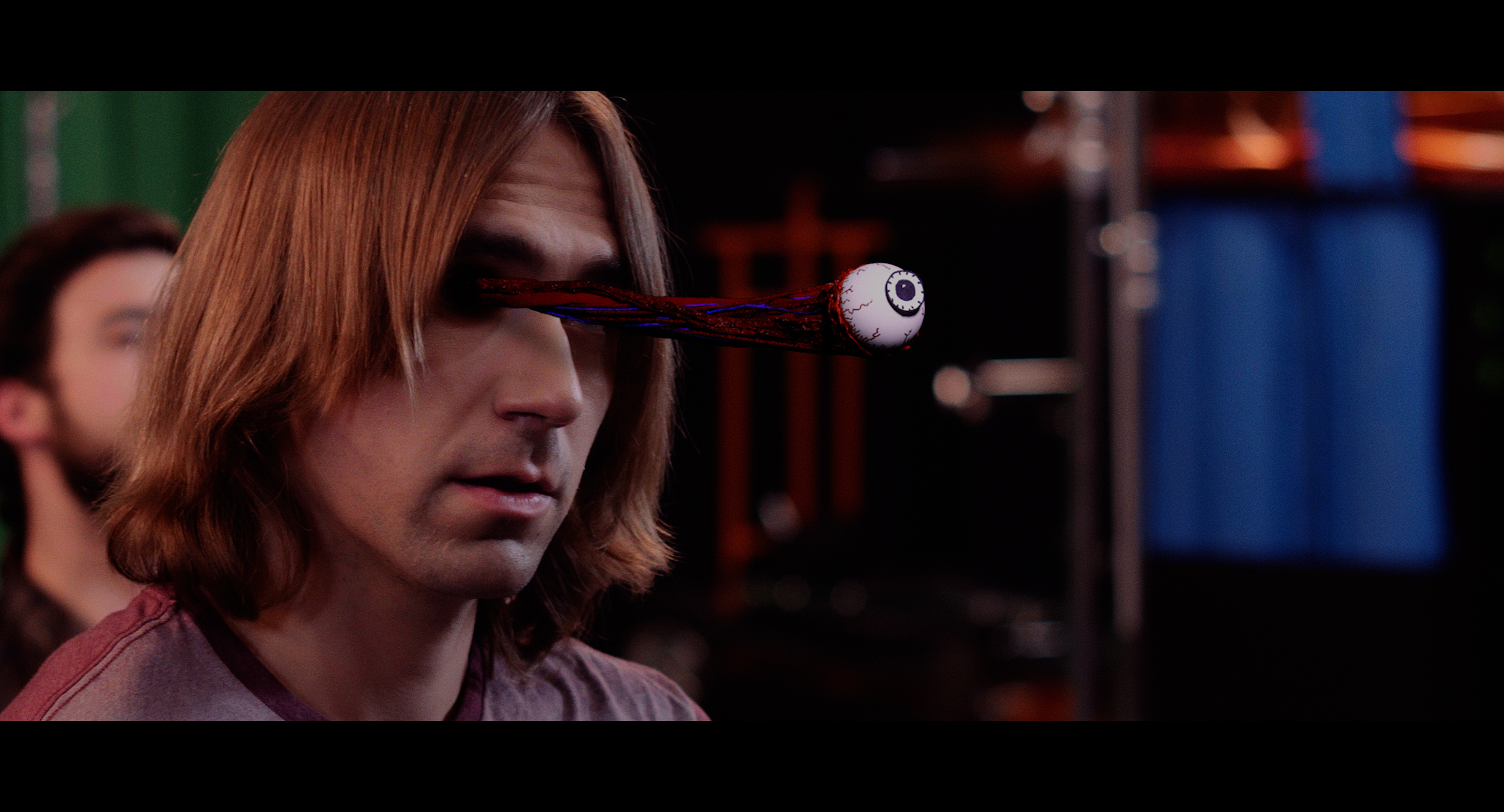 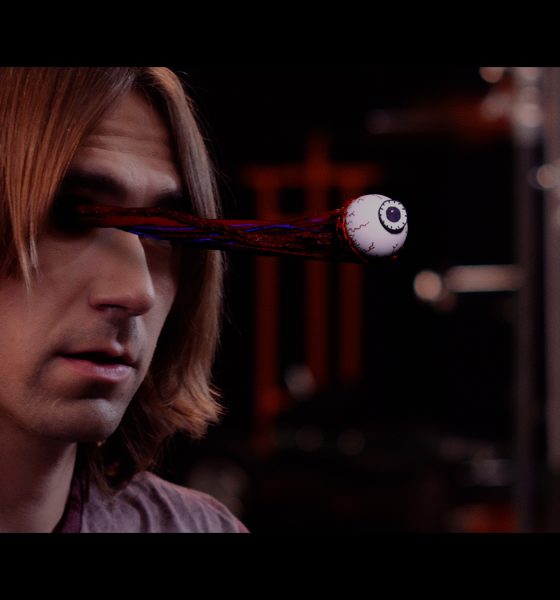 Congratulations on the completion of your first feature film, ‘Shellfish’. Can you tell us about the movie?

Shellfish is a live action, coming of age comedy enhanced by a bit of stop motion animation. Amidst mounting parental pressure to find a real job, college filmmaker Keller has one week to secretly produce a short film with his brother and longtime crush. Mishaps abound, forcing them to confront each other about much more than the production issues at hand. Ultimately, Keller must become less selfish and learn to value his present relationships and moments over those captured on film.

Every two years, UNLV awards the Johnny Brenden Filmmakers Grant to one film student to produce their feature film based on the strength of their feature length script. Writing one page for this interview is daunting for me, so 100 pages to reach feature length seemed insurmountable. Write what you know. I knew about making no budget videos with my friends, and the endless list of things that could go wrong during production. There seemed to be a wealth of comedy and drama to mine there.

Ultimately, the script evolved by talking it through with close friends, coworkers, and family. Keller, the main character and also the maiden name of my grandmother on my mom’s side, values what’s captured on camera above all else. He fears death and wants to preserve these moments. While I was still writing, a coworker asked, “What has he lost to make him fear death?” That was the magic question. That process of probing deeper and deeper helped refine the script, and I couldn’t have done it without input and support from those around me.

Possibly the most important question though, “What will make our micro-budget feature stand out?” Stop motion. The first video I ever made was stop motion, and I had never seen a film incorporate stop motion animation the way we have in Shellfish. The film probably exists – I just haven’t seen it! Robert Zemeckis being my favorite director, I wanted to ‘Roger Rabbit’ it. Early on in the film, Keller feels intense, emotional pressure and a stop motion fire is lit under his chair. Keller takes up stop motion after a traumatic event in his life, nearly every intense emotion in the film is visually depicted through onscreen stop motion, and the puzzle pieces fell into place from there.

The atmosphere was lively. The key cast and crew of about thirty, some days nearly a hundred, were almost entirely students with a sprinkling of family and friends. You could sense a palpable energy from young filmmakers hungry to make the best movie possible, given our limited time and resources.

There were many challenges. Essentially nobody, myself included, had ever worked on a feature length film before. Locations became unavailable the day of, equipment was stolen and ruined by a rogue ocean wave, and we were always chasing the sun. Overcoming challenge after challenge I feel ultimately brought us closer together as a team. We filmed the first half of the movie over an intensive four weeks. We were supposed to film the entire movie during that time.

I live and work in LA, so for the next three months, I took a bus to Vegas and back every weekend to film the rest of the movie. I was exhausted and stressed out of mind, but luckily, I would be greeted on set by an energized crew ready to make some more movie magic.

What are the highs and lows for you of filmmaking?

The biggest high always is showing the finished project to an audience. Going from words in a script to the film playing on a big screen surges every emotion in my body. Relieved and excited that it’s done, unbelievably nervous about audience reception, and ecstatic if the film garners a reaction from the audience, especially an intended one.

The highs outweigh the lows, but the lows are painful. One night, a hard drive corrupted, and we thought we lost three days’ worth of footage. Felt like a sledgehammer to the gut. We were running behind schedule and had plenty more to shoot that night. My AD, DP, and I made the call that we’re not going to tell the rest of the crew and just going to press on like everything was fine. A week later, with the help of some pros, we fortunately recovered the footage. I have a lot of stories like that, but I don’t like to focus on the lows.

My other favorite high is when something goes better than planned while the camera is rolling. Those moments are like magic. We filmed a scene where two characters are jamming out on some tambourines and awkwardly stop when their mom walks in. However, when we shot it, the leg on Mackenzie’s chair he was sitting in snapped and flung him backwards out of frame. It was HILARIOUS. The crew erupted into laughter, but Tyler Yarbro, Associate Director, yelled, “Stay in the moment!” We did, and that shot ended up in the final cut. Any time something went surprisingly right from then on, we called it “breaking the chair.”

How would you describe yourself as a director?

Animated, musical, and flexible. I get very impassioned about the material I’m directing and like to give actors the freedom to do whatever they want in a scene. Once I see how they’ve interpreted it, I’ll either let it be because it’s better than whatever I was thinking, or I’ll build on it with the actors. Oftentimes, this involves a lot of gesturing, musicality, and improvisation from all parties. If we can enter a zone where we understand and trust each other to take risks, we’re in a good place because playing it safe rarely results in fun. For me, the best moments on screen are almost always a result of that kind of collaboration.

My go to film will always be School of Rock. It’s a perfect film. Honestly, I think 50% of my personality can be accredited to nature/nurture and the other 50% is Jack Black’s performance in School of Rock. Its quotability knows no bounds, and it only gets funnier and more heartwarming the older I get. It’s a fine wine, that film. You’re not hardcore unless you live hardcore.

It still blows my mind that a career path as incredible as filmmaker even exists, and even more mind blowing that that is my career. Anyways, I’d be a standup comedian. I feel any career path I pick needs to involve making people laugh, ideally with and not at me. I did stand up professionally for a while, and it’s something I would like to pratfall back into once the world opens up again. That said, no matter what career path I pick, I’d like to think all roads ultimately lead to filmmaking.

Shellfish is actually the prequel to another movie I wrote, but that movie Coral would require a much bigger budget. Until I get that budget, I have a horror/comedy short coming out later this year called ‘Pillow Fight.’ Perry Bruno, who plays Kruko in Shellfish, and I are writing the script for our next feature. Like ‘Pillow Fight,’ it too is a horror/comedy with a lot of heart. I’ve released a couple singles during quarantine, and this year, I’ll be releasing my second album, along with the original score for Shellfish. I am also constantly producing content for Disney and D23: The Official Disney Fan Club as a full time Video Producer.