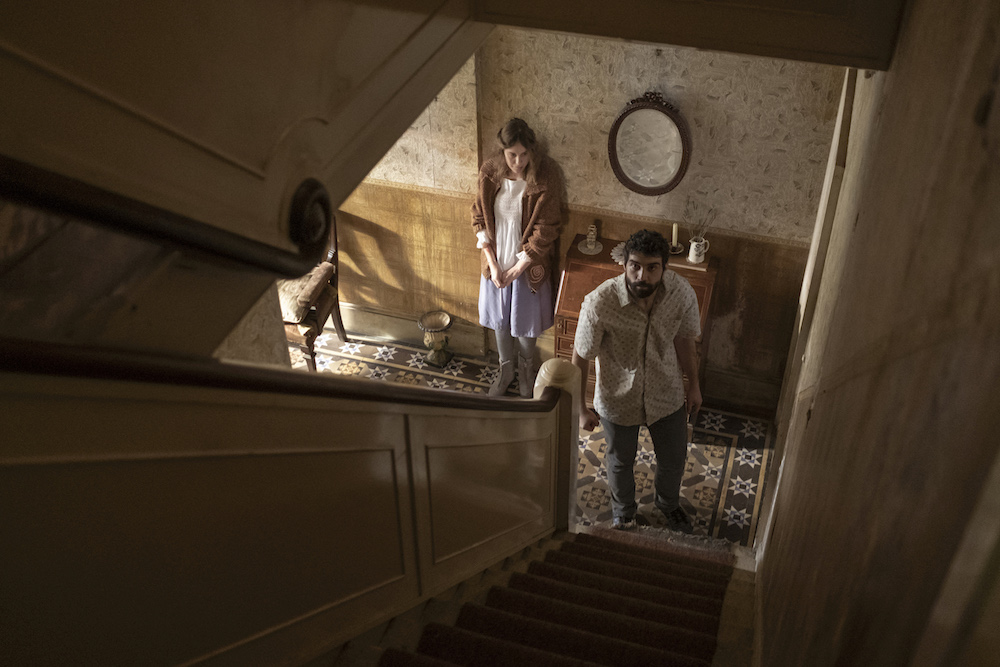 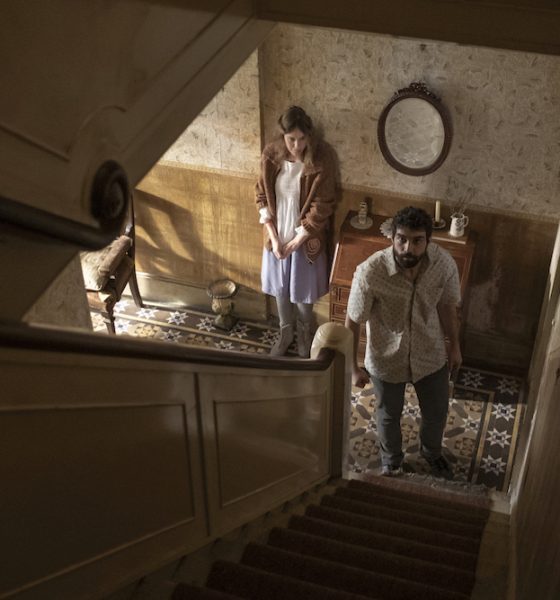 The re-emergence of iconic scream queens like Jamie Lee Curtis’ Laurie Strode and Neve Campbell’s Sidney Prescott is an emphatic signal of the endurance of impeccably crafted female leads in blood-soaked franchises. Fittingly in recent times, the genre has been catching up behind the camera with a fantastic flurry of compelling offerings from female directors such as Prano Bailey-Bond’s Censor and Julia Ducournau’s Raw, displaying a thrilling understanding of the catharsis that can be borne out of this gnarly arena.

A softly spoken beauty alongside Josh O’Connor in God’s Own Country. For Alec Secareanu here, he must make do with intense encounters of a rather beastly nature in this visually arresting oddity from first-timer Romola Garai.

Initially, for Tomaz (Secareanu), the fear deeply ingrained within him stems from the appalling atrocities of war. Standing guard with his steely glance looking to deter others from completing desperate attempts to cross the border and escape such conflict, whilst in another instance, his eyes can’t be peeled away from the unearthing of an amulet buried in the dirt. The film time-hopping nimbly reveals his remote location in both settings and perhaps his moral compass, too, as he’s lost in the misty wilderness.

His anxiety is hardly dampened in modern-day London. From blessed with the freedom of movement his woodland trappings once offered him, with hostile attitudes running rampant in the direction of fellow migrants. The severe deprivation he encounters daily is exacerbated when the decaying building he’s sought refuge in is set ablaze, with Imelda Staunton’s Sister Claire soon swooping to his rescue.

Swiftly offering a cost-effective alternative through the promised upkeep of a drab house occupied by Magda (Carla Juri). Unfortunately for Tomaz, the horrors he encountered before choosing this unlikely path are about to pale in comparison. Already dealing with the great reluctance from Magda being greeted by his brooding presence, the agonising screams penetrating the walls from her unwell attic-based mother merely intensify the unease.

Amulet thrives on ambiguity. The grimy décor of its interiors suggests the character motivations are far from pristine. The tight framing, almost as if the walls are closing in on the brutal truth that lurks within them. The dated attire worn particularly by Magda teasing the underlying subtext of dismantling those patriarchal gender roles and breaking a potentially rotten cycle that in turn feeds into the genre demands of impressively realised body horror.

The level of ambition from director Garai is admirable. The atmosphere was initially at least intense. But with long stretches of the film played in a low register combined with its approach to narrative. The somewhat deliberate execution of its story regularly leaves you on a meandering route before it eventually escalates for a ballsy gasp-inducer of a final act that leans hard into surrealist territory.

Far more clear-cut is the quality of its performances. The internal battle raging inside Alec Secareanu’s PTSD-suffering Tomaz is brilliantly rendered with his character’s game-changing revelation, solidifying the compelling promise of its leading man. The mild-mannered mystery of Magda created by Carla Juri is consistently alluring as Garai slowly positions her for a hell-raising power grab. It could be argued that her narrative arc isn’t quite as fleshed out. The frightfully persuasive Sister Claire, screen veteran Imelda Staunton peppers the film with the delicious bite of dialogue, with one costume change proving to die for.

Hamstrung by its uneven structure, you can’t deny the confidence in which Romola Garai delivers Amulet. Thematically rich and evocative in its startling imagery, a very promising debut for all its faults.