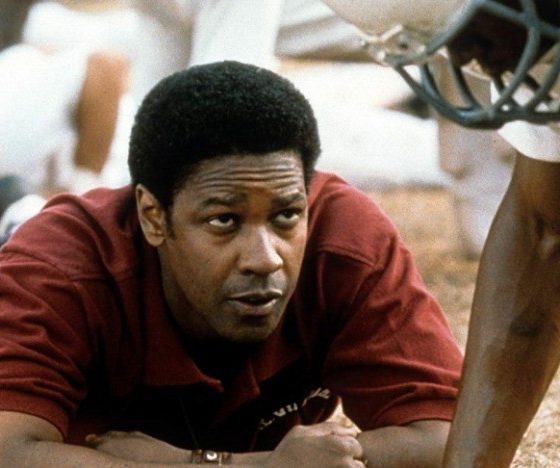 The EPL is approaching mid-season; the NBA season just got underway; the NFL playoffs are about to start, and the Olympics were postponed until next summer.

We thought we’d put together a shortlist of some of the best movies about sports with all of this in mind. By the way, if you’re into the occasional punt on upcoming football matches, you can use this parlay calculator to

Of course, this is an extremely subjective topic, but we figured we’d throw a few out there anyhow. It should also be noted that these are placed in no particular order.

Back in 2001, Barry Skolnick directed this instant classic comedy adapted from the screenplay of the 1970s Amerian flick, The Longest Yard, which was about the other football. The plot is based around a former star footballer who was banned from the game for match-fixing in an international game against Germany – by the way, if you like the occasional punt on your favorite teams hitting the pitch, you can use this parlay calculator to check your possible payouts.

Danny ‘the Mean Machine” Meehan gets incarcerated for a three-year term after he gets blitzed and drives drunk with police on his tail to the local watering hole. After which, he assaults the police officers and is subsequently arrested. Once in jail, he’s blackmailed by the prison governor to tune-up the prison football team for the next season. The governor wants him to coach the team but Meehan insists on training a rag-tag team of footballers that can be used as scrimmage fodder to tune-up the prison team.

Shenanigans ensue as Meheen tries to earn the respect of his fellow inmates while also trying not to run afoul of the governor and guards. If you haven’t seen this, you should. After all, it’s a story that has been told four times: the original in 1974 with Burt Reynolds, Mean Machine in 2001, and the Adam Sandler remake of The Longest Yard in 2005, and Captain Masr (Egyptian remake).

You may remember the apartheid government. Invictus is not only a wonderful movie about sports but a political powerhouse highlighting human rights and social injustice.

Invictus starts out by showing Nelson Mandela’s release from Robbeneiland in 1990.  Matt Damon plays the role of Pienaar,, the famous South African flanker. Although the film isn’t wholly accurate when it comes to historical facts, the acting is convincing and the sentiment is matters. It’s still a great sports movie, even though they missed the mark quite significantly as to how intense the game of rugby is as well as the South African team’s style of play.

Another movie that focuses on racism and segregation is Remember the Titans. This sports drama from the year 2000 is based on real-life events. Herman Boone, a black football coach (the other football), is recruited to lead an all-black football team in Virginia. But given the racial tensions in 1971, the school district decides to combine the white football team and black football team and gives Boone the head coach job, over Virginia Highschool Football Hall of Fame coach, Bill Yoast, who happens to be white. At first, Boone refuses, seeing it as unfair to Coach Yoast, but eventually acquiesces and takes the job leading the first interracial football team in the state of Virginia.

Racially-motivated conflicts ensue and early on at football camp, but as training and the season itself progresses, the teammates find a measure of unity. Still, the world isn’t ready, and as they enter the state semi-finals, Coach Yoast realizes that the officiating is clearly one-sided, rigging the game in an attempt get the mixed-race team to lose so the school board can fire Coach Boone.

Conflict, scandal, brotherhood, tragedy, perseverance, this movie has it all, and it’s essentially a true story. I’m not the only one to list Remember the Titans as one of the best sports movies of all time; it’s frequently ranked in sports movie lists and usually at the top of football movie rankings.

These are just three sports movies from the last two decades. Obviously, there are dozens more, but this would quickly go from an article to an entire index of great sports movies. What are your favorite sports films of all time?