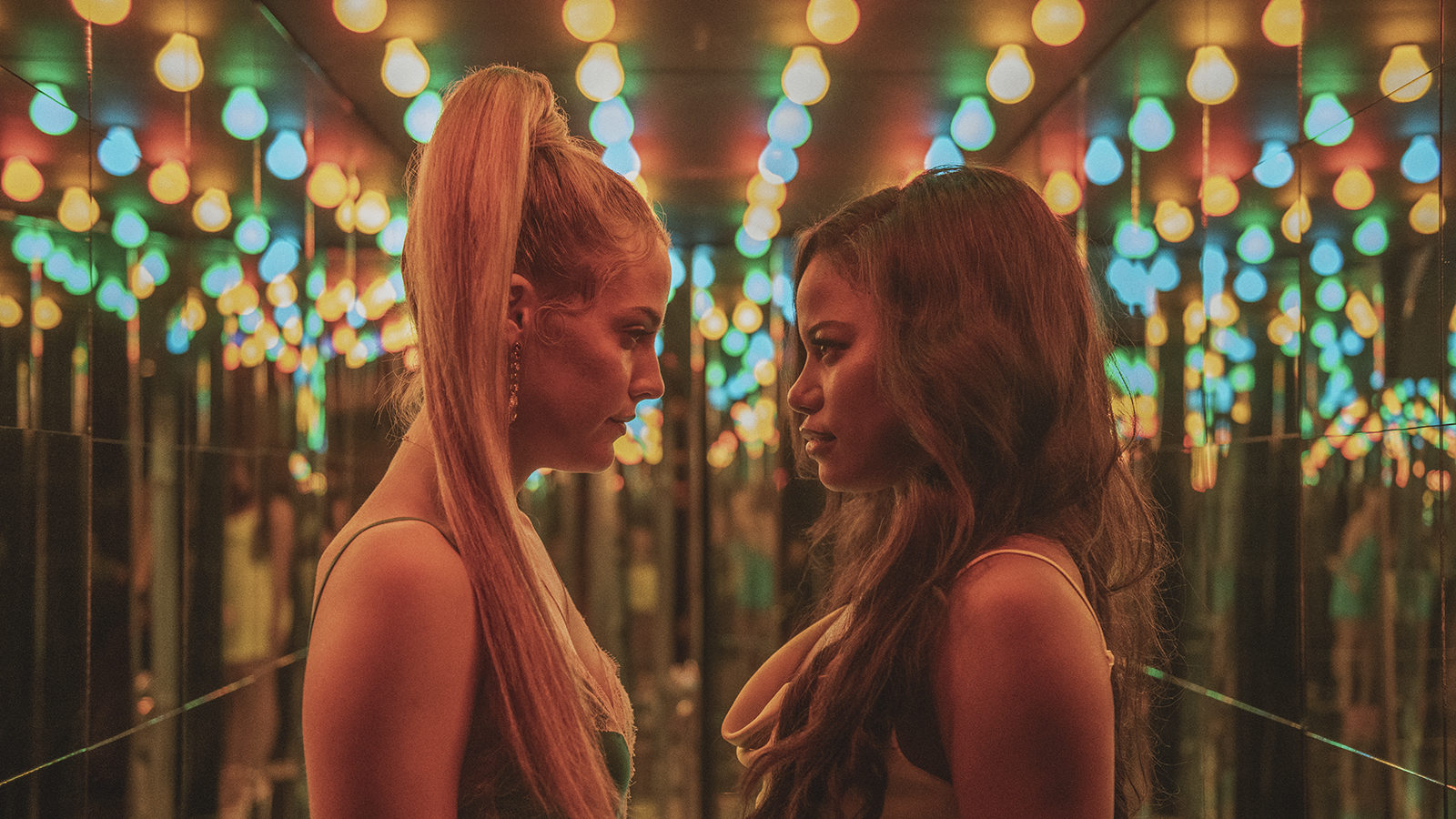 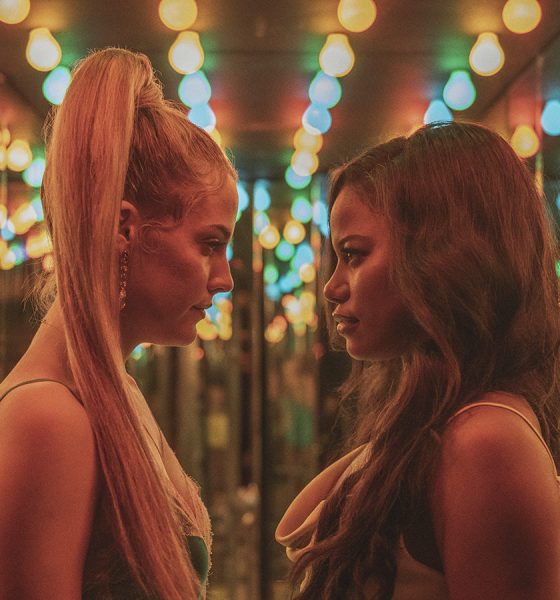 In October 2015, a 148-tweet thread from stripper Aziah ‘Zola’ Wells went viral as she chronicled her wild 48 hours after meeting fellow dancer Jessica. What followed was an internet sensation, a Rolling Stone interview and now, a Hollywood film.

#TheStory as it became known, and the film, open with Zola’s now-infamous tweet, “Y’all wanna hear a story about why me & this bitch here fell out? It’s kind of long but full of suspense.” After Zola (Taylour Paige) agrees to travel to Florida in search of some lucrative dance jobs with Jessica (Riley Keough), who she just met whilst waiting her table at Hooters, their trip soon becomes much more than just dancing, as Zola finds herself in a world of violence, sex trafficking and kidnap. Director Janicza Bravo builds on the thread, using the vast majority of the tweets to form the narrative for this feverish road-trip movie for the social media generation.

What plays out on screen is a snappy take on an ultimately dark and dangerous subject. Bravo has cleverly managed to maintain Zola’s unique voice throughout the film; it is, after all, her story and her to-the-point and often hilarious observations originally told through her tweets, have been transposed into muttered quips or fourth-wall-breaking narration that really allow the film to flow at a frenetic pace. This fast pace feels reflective of the universe in which it was originally formed – the desire to read (or, in this case, watch) the next update feels like a new way of storytelling through the medium of film, rather than being resigned to the Twittersphere.

Paige and Keough blend perfectly on-screen, with Paige delivering a multi-dimensioned character in Zola, who we feel develop throughout – as she becomes less & less interested in making money and more inclined to survive the weekend. Keough’s turn as Jessica is also impressively multi-faceted, switching from innocent teen-mom to confident dancer. Yet as we uncover more of her situation, the real Jessica becomes more and more apparent.

As well as the strong performances of Paige and Keough, the impact of Colman Domingo cannot be understated. Known initially as ‘X’, he drives Zola and Jessica to Florida; however, as the reality of their situation unfolds, so too does X’s real persona. Domingo is a riot, flicking between jovial friend and violent pimp – it’s another string to an ever more impressive bow.

The backdrop to the movie is dark, and the gravity of the underlying problem it highlights should not be overlooked. It’s a testament to the filmmakers and the cast that the message is there, and it’s the viewer’s decision on how to interpret it. The sex work and trafficking is demeaning and dangerous, yet it’s cut to a montage of penises littered with heart emojis and jaunty music. The violence takes a backseat for a large part of the film, yet the threat of violence for those embroiled in the tale is always there. The film doesn’t paint those paying for sex in a particularly bad light. Instead, it takes aim more at the ease in which it seemingly takes place with such little protection for those being exploited.

Zola is unique in where it takes its inspiration from, but it also feels like a unique movie experience overall. You’d be hard-pressed to find something similar to compare it with, and that is why Zola is so special.