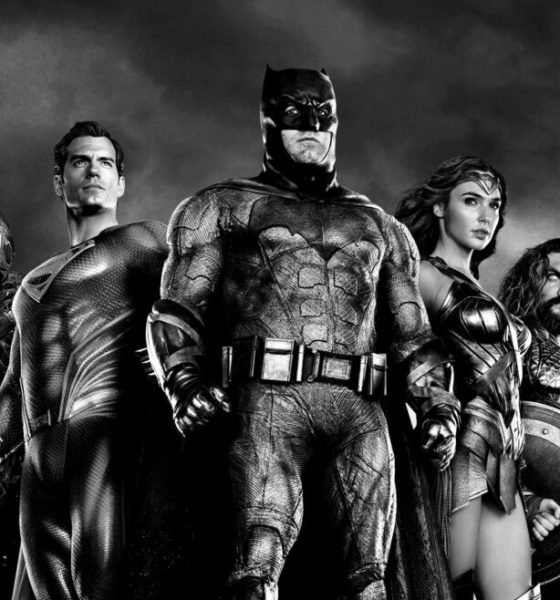 The story behind the Snyder Cut will go down in cinematic history. Behind the sheer horror stories of the Josstice League, there was some light. A trove of fans banded together and made the impossible happen as Zack Snyder was grieving the loss of his daughter Autumn. By the sheer determination of artistic integrity, we are here today to talk about his vision released to the world finally.

Determined to ensure Superman’s (Henry Cavill) ultimate sacrifice was not in vain, Bruce Wayne (Ben Affleck) aligns forces with Diana Prince (Gal Gadot) with plans to recruit a team of metahumans to protect the world from an approaching threat of catastrophic proportions. The task proves more difficult than Bruce imagined, as each of the recruits must face the demons of their own pasts to transcend that which has held them back, allowing them to come together, finally forming an unprecedented league of heroes. Now united, Batman (Affleck), Wonder Woman (Gadot), Aquaman (Jason Momoa), Cyborg (Ray Fisher) and The Flash (Ezra Miller) may be too late to save the planet from Steppenwolf, DeSaad and Darkseid and their dreadful intentions.

Zack Snyder’s Justice League is a symphony of wonder that is so satisfying. A cataclysmic odyssey that bursts with euphoria and adrenaline. The mammoth task of sitting through this four-hour juggernaut of a film flies by. The momentum is continually shifting as we bear witness to Snyder’s full vision. As each chapter unfolds, Snyder shines a light on each of his characters and give them the screen time they deserve. Ray Fisher’s horrible experiences with the re-shoots may not be laid to rest, but his Cyborg is the true soul of the Snyder Cut. There is much more depth of conviction in his ark and demonstrates Fisher’s passion for the character.

As many have noted in the past, Snyder’s films can be too dark for some film audiences. Oddly enough, his version is a well-balanced experience of light and dark. The usual CGI clad moments are more extensive than ever, but it actually has some humour. Gone are the forced Whedon laughs, and here Snyder allows his cast to embrace themselves. Between these comic relief, moments are scenes that will blow the minds of any DC fan. It has everything a blockbuster should have, full of Easter eggs, f-bombs, cameos, and action.

At times you may feel the scenery is absolutely bonkers, but this is what Snyder’s vision is about. It breaks the usual comic book film conformities by delving deeper into the lore and character narratives. This is not a sugar-coated experience whatsoever, but Snyder has never truly cared for conformities. This is a film for his fans who have worked hard to raise awareness for suicide prevention and banded around someone who needed their support. Re-building his vision was a way of dealing with grief for Snyder, and as the film ends, the words For Autumn show up, and that precedence can be felt. While he still mourns the loss of his daughter, but he continues to keep her spirit alive.

Bringing these much-loved heroes to life in this battle for hope can be testing for any actor. Ben Affleck yet again shows why he was worthy of the cowl. The stern and ageing aura around him continues. Gal Gadot’s Wonder Woman feels like the one Snyder wrote all those years ago. Her Amazonian ways outbalance the character in Patty Jenkins version. Jason Mamoa and Ezra Miller go beyond the cringe-worthy comic relief of the 2017 version. Their purpose is set from the very beginning, and it breathes much-needed life into their characters, along with Ray Fisher being the true epicentre of the Snyder Cut.

We all know this film will divide opinions, but the true passion behind the camera is evident. As the film draws to an end, one last piece of bate is left wiggling on the hook, and I will be honest, I want to know what happens next. Many questions need to be answered, and there is a lot to be discussed and theorised. Without going into spoiler territory, the grandeur of Zack Snyder’s Justice League is a lot to take in, but damn, it was worth the wait.

WeWork: Or the Making and Breaking of a $47 Billion Unicorn ★★★