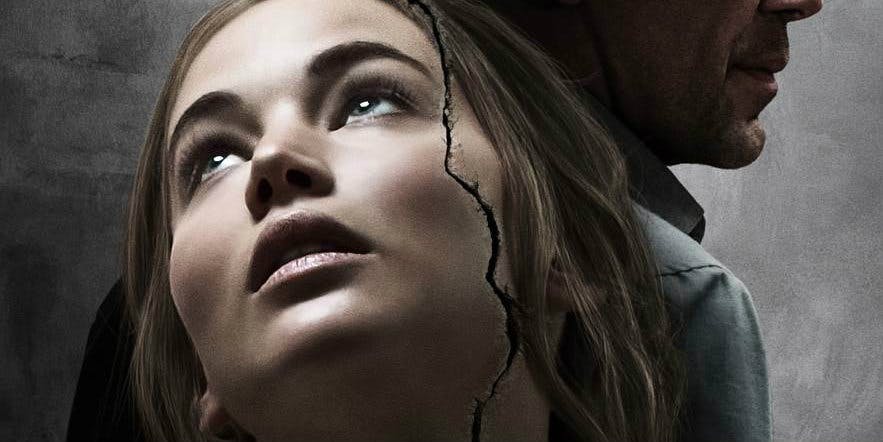 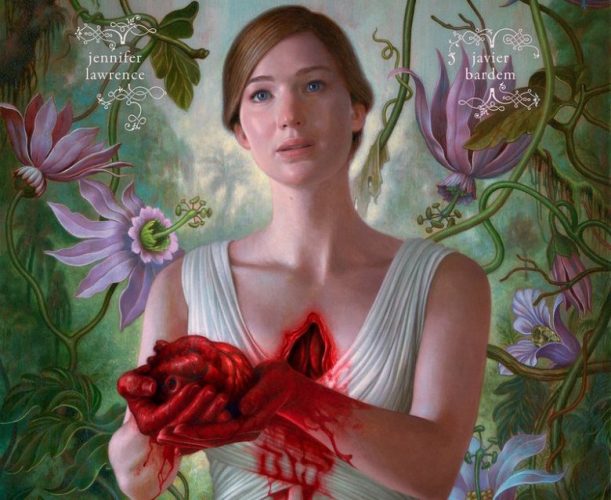 I have never seen such insane divisiveness over a film. Sure, I wasn’t around when “Saló” was released, but the controversy over “mother!” has been brutal and prominent from numerous angles. Fox News was pleased to report the film was assailed as “a grotesque and nauseating attack on Christians” while CinemaScore awarded the film with the rare F score. “mother!” has proved to be a love it or hate it film, and it’s understandable. This is Aronofsky at his most pretentious, depraved, and inaccessible, so get ready for a horrifically demented ride or do not bother.

There seem to be two predominant issues moviegoers are having with “mother!” It is either taken as a literal home invasion thriller–in which you end up with a shitty sci-fi story about a guy who can control a woman for all eternity–or considered a spoon-fed and over-the-top Bible story. The latter has been argued mainly by those familiar with Aronofsky’s work (AT LEAST IT WASN’T NOAH, GUYS) and his highly allegorical nature, prominently claiming the biblical references are akin to Aronofsky screaming metaphors in our faces, much like Jennifer Lawrence during her murder spree in the final act. Both arguments seem to miss the point. What Aronofsky has created in “mother!” is truly unprecedented in filmmaking. Not only is he retelling a story–the story, in and of itself, doesn’t exist. Arguably, after viewing “mother!” the physical nature of the film no longer matters. The parallels and personifications of the concepts presented are what make it an incredible experience. Cinematically, the film is a masterpiece, but because its entire embodiment is a metaphor, it cannot be taken at face value. That goes without saying, if you can’t stomach its frenzied nature and (highly effective) shock factor, it will not sit well with you. This has been the case for a lot of people, but when you have infant cannibalism and a woman being brutally beaten and almost sexually assaulted while being called a “fucking cunt,” the screams of “misogyny” are understandable–though arguably entirely missing the point. Sure, it’s Aronofsky blatantly yelling, “LOOK WHAT YOU’RE FUCKING DOING!” but it doesn’t take away from the artistry of the film.

Oh, Lord Almighty (literally). Where to begin? Let’s start with the basics. “mother!” is an entirely metaphorical film that personifies two things, the story of Mother Nature/Gaia vs. God and the story of Christianity from Genesis to Revelations, while also acting as a commentary on our sociopolitical climate and how the Church has both shaped and destroyed the Earth. We meet God as he rebirths a scorched landscape and home, allegorical of Earth, along with the rebirth of Mother Earth. Her love and connection to Him is bound from the start yet always doomed for the apocalypse. From here on out, we are presented with the story of Genesis onward, with the arrival of Adam (Ed Harris), whom is later seen with an unsightly cut on the right side of his ribcage (sound familiar?). Eve arrives the following day in the form of Michelle Pfeiffer, whom absolutely steals every moment she is on screen. She drunkenly bitches and quips and eventually eats the forbidden fruit (shattering the crystal) and both are cast out of the Garden of Eden (his study, which he proceeds to nail shut). Their glorious children, Cain and Abel, arrive (in which the Gleeson brothers are cynically psychotic), and everything plays out accordingly as Cain kills Abel and turns away from God, telling Mother, “You’re still here? Good luck,” before walking out the door. Kate Mara and friends soon arrive as a destructive force, symbolizing Babylon and the Flood as Kate breaks the sink, causing the home to flood and temporarily driving the masses out. Mother is then impregnated with the Son of God (oh boy) which inspires Him to write the Bible, bringing utter chaos and complete destruction upon the home. Kristen Wiig is a fun character to consider, as it seems she functions as the Church (being His publisher) and is later seen assassinating presumed non-believers in the chaotic final act. However, it has also been pointed out that her fight with His editor makes her akin to Lucifer. As Harrison Martin states, “Mother meets Him’s publisher (Kristen Wiig), who claims she was skeptical of Him’s relationship with Mother, but now sees her as a good inspiration. Eventually, Him’s fans go crazy over his work and begin looting his home. We see Him’s publisher taking part in the madness, killing innocent people with a gun. This is an allusion to Lucifer once being God’s most favored angel and falling from grace. Lucifer was not happy with God’s creation of the Earth and mankind. The publisher fighting the editor is similar to Lucifer fighting Michael before being expelled.” While this may be reaching, nothing can be taken at face value in this film.

The final act of “mother!” is harsh, and that’s a severe understatement. As the baby is akin to Jesus Christ, we knew things were not going to end well, but baby cannibalism was a lot to take in. (Apparently not physically. I don’t know. I don’t eat babies.) This is perhaps the most literal part of the film–the eating of His flesh and drinking of His blood. It is a twisted holy sacrament only Aronofsky could’ve executed so well. Because Aronofsky doesn’t know when to quit, we soon thereafter see Mother thrown to the floor and brutally beaten while being called a “cunt, slut, whore,” and about every demeaning vulgarity while being punched and kicked repeatedly. We even have frontal nudity during the assault. Aronofsky is screaming in our faces at this point, “YOU’RE KILLING MOTHER NATURE, YOU PIECES OF SHIT!” The shock factor is to be expected, and despite its horrific and emotionally draining nature, it is wholly effective. This goes beyond shock factor. What Aronofsky creates in the final act of “mother!” is severe claustrophobia, anxiety, and fury. The mental assault he imposes while unfolding such an intricate film is phenomenal. He even throws in protesters, police officers, SWAT teams, all for the sake of commenting on our current state. The film functions impeccably as an allegory, a biblical retelling, and a warning. It is meant to make you feel awful to force a step back and take a look at the bigger picture. How this has been interpreted or sits with audiences may be a reason for its divisiveness.

Certain aspects of “mother!” added to its confusing but beautifully constructed appeal. Mother’s parallels to Mary Magdalene and the Virgin Mary are a strange juxtaposition to her personification as Mother Earth/Gaia. The yellow elixir she consistently gulps down also remains a mystery, functioning as an anti-anxiety medication for Mother. Parallels have been drawn to “The Yellow Wallpaper,” a short story from 1892 by Charlotte Perkins Gilman, in which a woman is driven to depression and madness by her oppressive husband. Additionally, despite the physical clarity of Mother’s connection with the home, the bleeding hole in the floor plays several roles throughout the film. Though initially embodying the Mark of Cain, it continuously bleeds when she is in distress, at one point in a different location. During the film’s final act, people are posing and taking selfies with it, peace signs in the air, while the hole is both bleeding and on fire. Perhaps this is an additional societal statement from Aronofsky about people glorying nature in disregard as it is being destroyed. One of the most distressing takeaways from the film is also the fact that Mother Nature is always at the whim of a narcissistic God, whom will always create and use her, eternally dying and being born anew. Is this to say nature is always doomed to deplete and fail at the hands of God and his creation? This is a bold statement, if it’s what Aronofsky is implying. As Mother states: “You never loved me. You just loved how much I loved you. I gave you everything. And you gave it all away.”

Ultimately, “mother!” is not a film for everyone, but its artistry is undeniable. Even after two viewings, I’m convinced I’ll pick up on and change my viewpoints on certain aspects of this film after seeing it again, and again, and again. It is a masterpiece–understandably not for all–that deserves to be acclaimed and discussed in detail for the interpretive and cinematic experience it embodies.