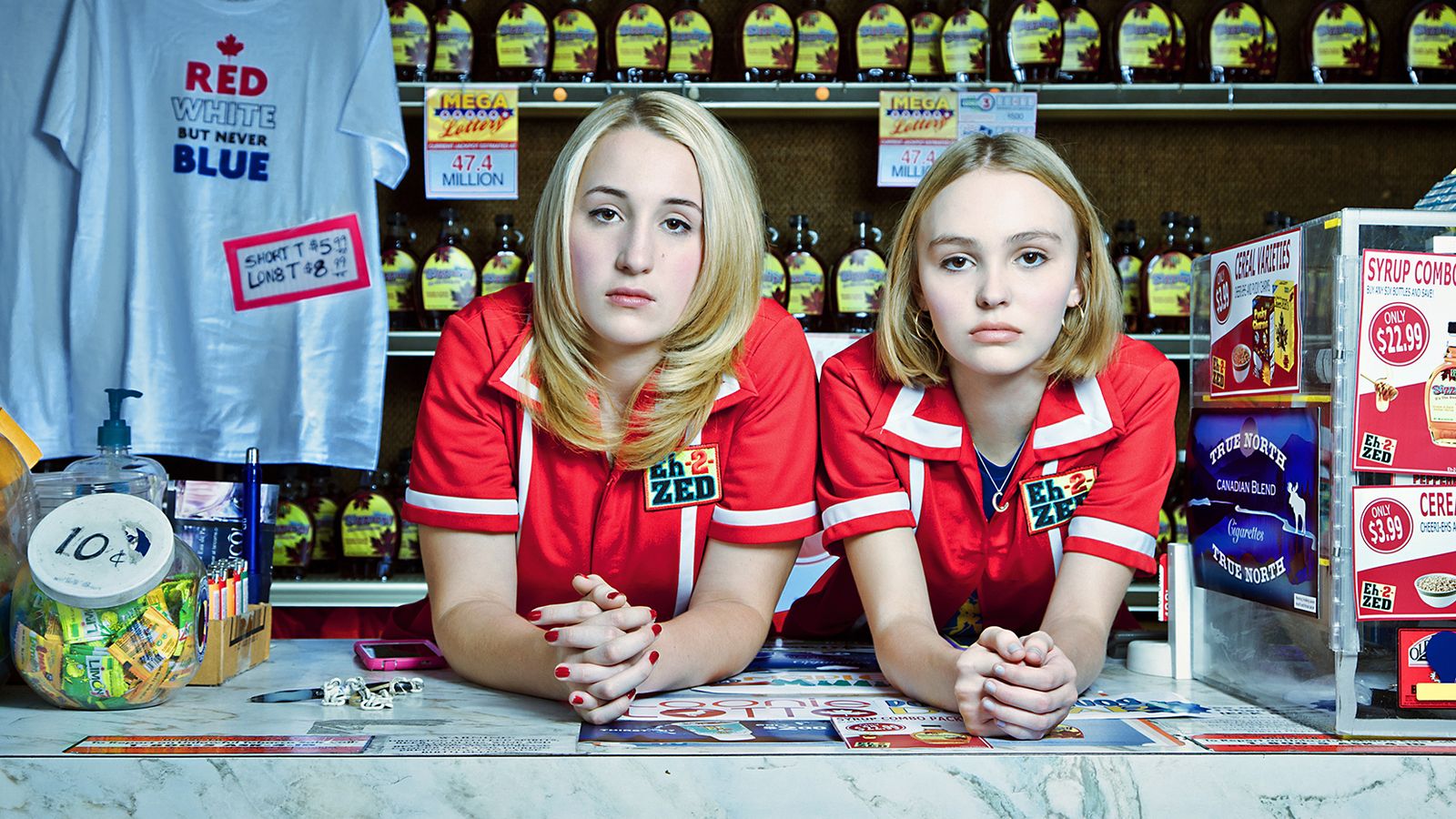 Yoga Hosers has had some of the worst reviews in recent film history. Currently sitting not too pretty at 21% on Rotten Tomatoes. That’s even lower than a DC movie, which is saying something. However, this isn’t going to be another one of those reviews. I have some nice things to say, for the most part.

From the permanently stoned mind of Kevin Smith, the wunderkind director of Clerks, Mallrats, Dogma and Chasing Amy, comes the second in his bizarre and always inventive True North trilogy. The first film was Tusk, a film I admired but found it very hard to like or enjoy, and here is the second film which carries over several elements and characters but thankfully not the grim disposition that made Tusk an incredibly hard watch.

In a world of convenience stores that Smith knows all too well, we find the two Colleens, bored and full of snark as only teenage girls can be. Constantly glued to their phones, obsessed with social media, it is an accurate if not moderately alarming portrayal of modern day teenagers. What begins as an amusing PG-13 version of Clerks quickly takes some sinister turns, and before long the girls are being overrun by tiny Nazi sausages dressed in Mounty uniforms that are full of mutated sauerkraut. 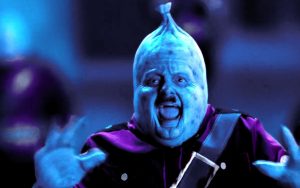 You read that correctly. These things are called Bratzis. Each one of them is a little monster that is easily killed, squashed or ripped apart, all of them superimposed into the scene, and each one played by Smith himself in near unrecognisable prosthetics. They’re funny in a way but they wear thin as an adversary quite quickly, eventually giving way to a larger and much more intimidating threat in the form of the Goalie Golem. Behind all of this madness is Andronicus Arcane, one of the founding infamous Canadian Nazis, played with delightful panache by frequent Smith podcast collaborator, the man of ‘seven impressions’ Ralph Garman.

As far as film plots go, this is one of the crazier ones. But it the strangest way, it works. The chemistry between the two leads, Lily-Rose Depp and Harley Quinn Smith, is just fantastic and I hope to see them both again, because these two young actresses carry this film. They make it worth watching. Cameos from several Kevin Smith players round out most of the cast, with Johnny Depp also returning to his peculiar character of Guy LaPointe. Along with constant playful jabs at Canada and a smart script, Smith has created a strange film, its small budget sadly doesn’t quite allow it to live up to the imaginative driving force but that too adds to the charm. And what Yoga Hosers has in abundance is charm. 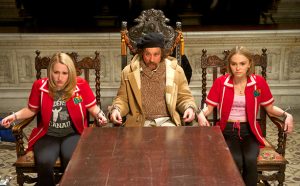 The Bratzis sadly don’t work, a poor enemy and unlikely to fall into the Monster Hall of Fame, and it feels like there is a chunk of story missing at times, possibly lost in the edit.

The True North trilogy will conclude with Moose Jaws, which is described quite literally as “Jaws with a moose”, and this will feature the Colleens once more and also the return of Jay and Silent Bob. It seems easy these days to criticise Kevin Smith but it might just be that he is entering his most imaginative and creative phase, he’s making films unlike anyone else at the moment, and that is absolutely to be praised.

Yoga Hosers is an amusing film with two incredibly likeable leads, and an impressive supporting cast, let down by poor effects and bad character design. It certainly is not the disaster most critics are claiming it to be, there’s plenty to enjoy, and possibly even more on repeated viewings.