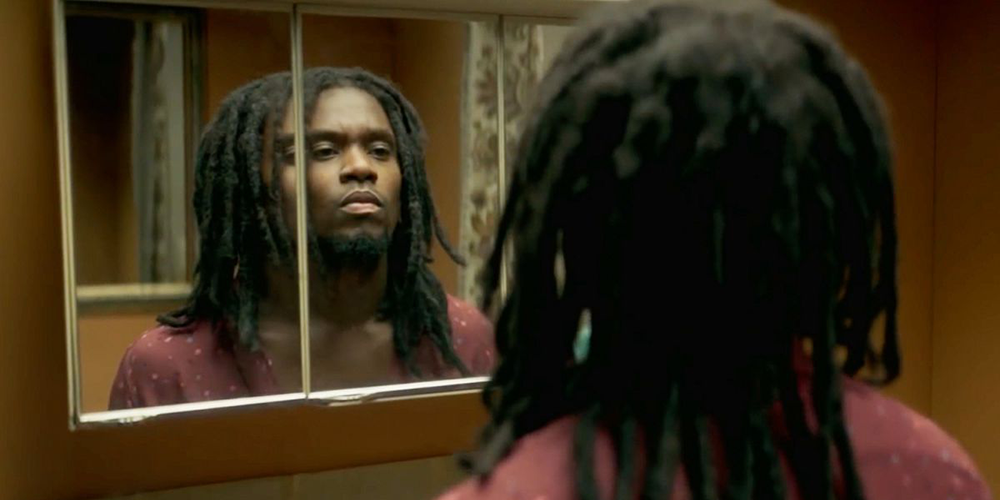 There’s a rote familiarity to be found in the story of Yardie that makes it easy to see why charismatic performer Idris Elba would choose Victor Headley’s hit novel as the course of his directorial debut. “It’s Idris”, you think to yourself going in, “besides starring in Stephen King adaptations, there’s nothing this guy can do wrong”; and, for the most part, that’s academically the case here. A down-and-dirty street-level drama with enough aspiration to assuage any budding Scarface fanatic, the film offers Elba a grand enough demo reel with which to strut his directorial stuff. What it doesn’t offer though is a script worthy of that strut, Yardie the sum of its parts with one very large component ensuring the engine never quite gets revving.

Opening with what can charitably described as an overdose of exposition, we delve straight into the story of Jamaican-born youth D (a far too subdued turn by Kidulthood’s Aml Ameen) with all the harsh brutality and violence of Hotel Rwanda. Taken in by crime lord King Fox (Sheldon Shepherd) following the slaying of his older brother, D soon finds himself at the centre of that week’s gangland beef – his only option for safety to be sent into exile aiding the British side of Fox’s drug operations. Safety’s more of a theory than anything else, however, when D’s inability to leave well enough alone puts him square at odds with London crime boss Rico (Stephen Graham) and sees his estranged love and their young daughter placed right in both Rico and Fox’s crosshairs. 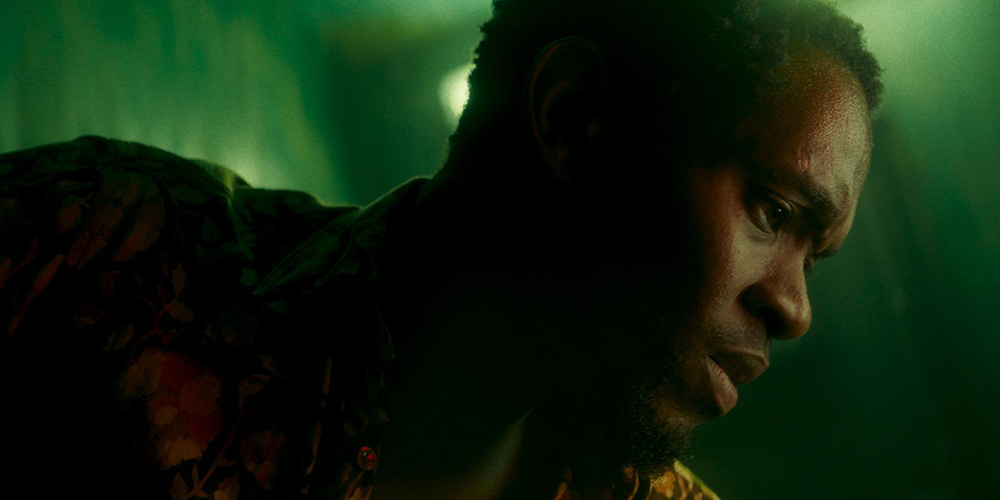 Though Ameen’s likeable enough, his performance here feels immeasurably more heartless than Elba’s adaptation truly needs. It’s largely neither party’s fault, admittedly, with an astonishingly turgid screenplay instead the bearer of most of Yardie’s shortcomings. Despite a writing duo of startling prestige behind it all – Brock Norman Brock penned Bronson once upon a time, and Martin Stellman only wrote bloody Quadrophenia of all things – the script can at best be thought of as cornball, but, perhaps most easily, shouldn’t be thought of at all, standing as it does as one of the most lacklustre collections of paper bound together since Uwe Boll mercifully dropped out of the game. Dialogue that plays as if out of panto, story beats that couldn’t be any more phoned in if they were delivered by 118 runners, it’s a mess of farcical proportions. And it’s made exponentially worse by Elba doing as good a job as he does with his straight-faced adaptation.

John Conroy offers up some arresting visuals, with Nick Angel’s score an effectively haunting piece throughout. As with Elba’s stylistic confidence and eye for creating a sense of atmosphere though, they ultimately prove window-dressing for a window you won’t be particularly bothered to peer through for the sheer repetition of its contents. Repetition that largely serves to exemplify each of the minor cracks that endlessly emerge along the slow crawl toward the closing credits, such as Stephen Graham’s bafflingly inconsistent accent, Sheldon Shepherd’s depiction of King Fox as the subject of a Chappelle’s Show parody, and a revenge story so stunningly telegraphed in advance that even Liam Neeson would have pled for a rewrite.

Far from being a “bad movie”, Yardie is instead a farcically worn one, suggesting that while Idris Elba may in fact be quite a good director, he’s certainly got a long way to go as regards picking interesting projects.