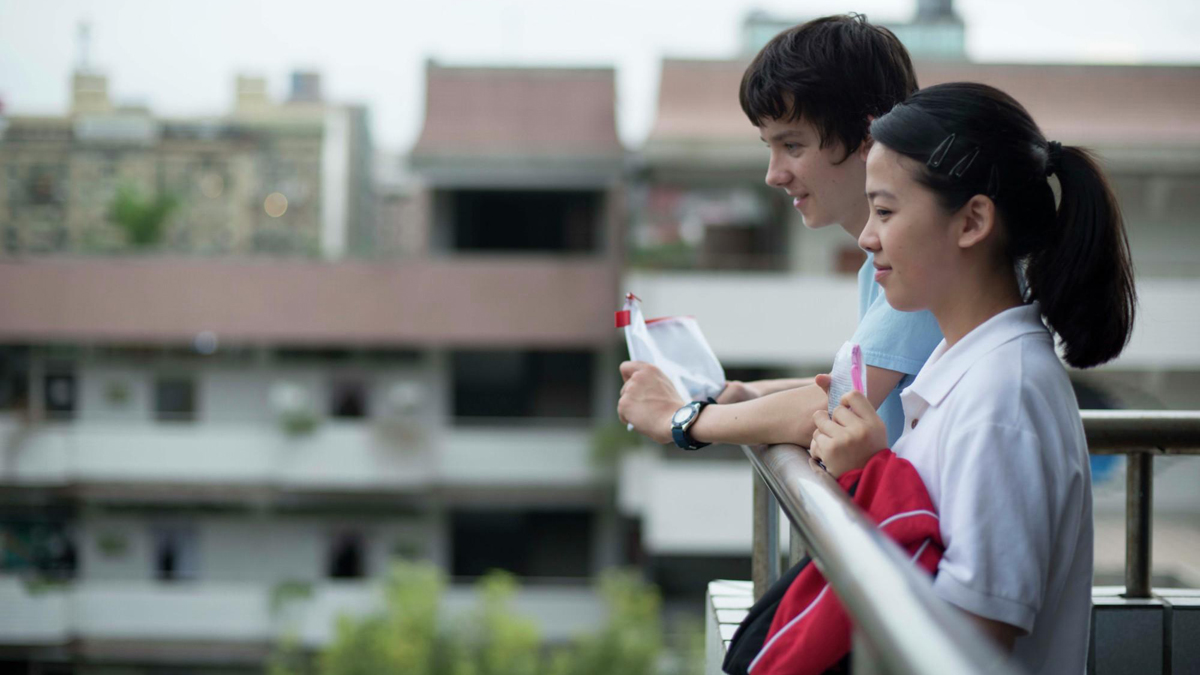 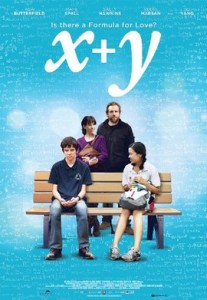 In our own formative years as we become comfortable with the regimented schedule of our daily education, many of us grow attached to a ‘subject’. Developing a skill that is deemed superior in comparison to the capabilities of fellow peers. Some may go to great lengths of declaring it their ‘coping mechanism’. Their ‘therapy’ as the pressures of the outside world prove far more daunting, than studying in the modest confines of a classroom or bedroom.

Before the wonderfully weird world of cinema, mathematics was mine. In primary school, the ‘Darryl Vorderman’ remarks were a regularity as my rapid-fire answering of sums and timetables left many bemused and myself uneasy. Secondary school, it was the establishing of a wonderful friendship that defied the teacher/pupil dynamic, a wise-cracking maverick of a woman whom for all my introverted nature, somehow connected with me. A mentor i miss dearly and a catalyst for pushing on with my own passion. With its inspiring narrative, Morgan Matthews’ directorial debut ‘X+Y’ stirred those exact emotions as we become engrossed with the beautifully realised story of Asa Butterfield’s Nathan Ellis.

Nathan’s opening monologue emphasises the insecurities of his character. A sense of disconnect from the people that dominate his life and the ways in which the world works, as he struggles to convey and comprehend why a mere human would show such passionate displays of affection for him. Diagnosed with autism at a relatively young age, the ‘challenges’ are evident as familial tragedy proves an unfortunate obstacle in stabilising his relationship with doting mother Julie (Sally Hawkins), deeming herself intellectually incapable to truly bond with her son.

Immersed in his own headspace as he takes great pleasure in constructing/identifying patterns, it prompts special treatment of a different nature as Rafe Spall’s disillusioned, deadpan teacher Mr Humphreys attempts to kick-start his own enthusiasm for the subject, by teaching Nathan. Striking an unlikely rapport through their respective social awkwardness and cynical wit, enter Eddie Marsan’s enthusiastic coach Richard, eager to become acquainted with the country’s brightest minds as he looks to assembles his squad for the International Mathematics Olympiad. Will he deem Nathan a suitable candidate?

Matthews’ documentary background evident as he captures and pans adoringly, as we leap between the grounded, urbanised sheen of England and the sweeping vibrancy of Taipei, it’s the ideal visual metaphor for the issues tackled within its sensitive story. How do we measure success? Or love? Through the accolades obtained or the fondness we have for the people around us? Often wondering how one truly engages with such a troubled teenage soul, where many have persevered to little avail. Never flippant handling the subject matter of autism, Nathan’s plight is one which many will resonate with and one which its director navigates through in poignant, tear-jerking fashion.

Possessing raw vulnerability alone. A revelation when faced with the troubles (an excruciating bathroom scene a tough highlight) of his intelligent counterparts. Asa Butterfield’s piercing eyes as the invading sights manifest into an almost Technicolor haze and slight expression of movement are exquisitely observed, making every nuance count in an accomplished central performance. Whereas her on-screen son is declared an emerging genius, Sally Hawkins is sublime as the try-hard mother figure Julie, whose equal strain and admiration is rarely sugar-coated. Rafe Spall’s often hilarious, occasionally heartfelt turn as Mr Humphreys is terrific, as the details of his own tragic backstory brings great gravitas to proceedings.

Its resolution may veer into over-simplifying in a film where Marsan’s coach laments over-complicating. Yet ‘X+Y’ is a wonderful British gem, that implies no matter the problems we face, there’s never an easy equation. We often just need that precious commodity. Time.