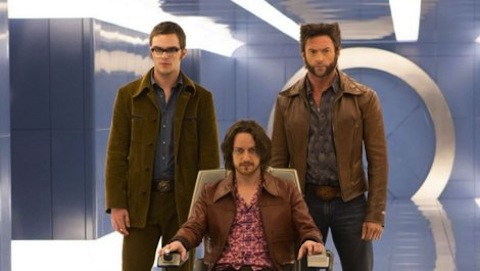 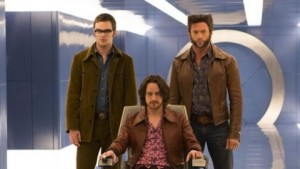 The X-Men franchise is under the spotlight once again after the recent release of Bryan Singer’s excellent X-Men: Days of Future Past. To celebrate this new release, I thought it would be a good time to look at the best moments from the franchise so far.

I’m sure everyone will have their thoughts on which moments deserve to be ranked as the best, and with seven movies now in the franchise I’m sure everyone’s choices will be different. As such, these are my favourite moments from the series thus far and they are the moments that really stuck in my head long after watching the movies. 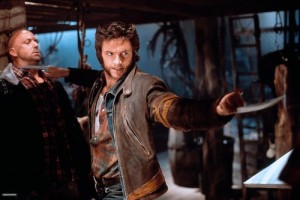 It doesn’t take long for Bryan Singer to introduce us to Wolverine in the first X-Men movie. After a brief introduction to the world of the X-Men, we are soon on our way to seeing what Wolverine does best, fighting. Stuck in the Canadian wilderness, Logan takes bar fights to earn a little extra cash and while he can take any punishment dished out, the one thing Logan won’t stand for is being kicked in the nuts, he takes it personally. As his next dim-witted opponent finds out, the one thing Logan is good at, is dishing out pain.

5) Wolverine throws a guy out the window 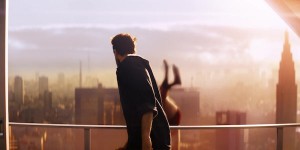 For some, The Wolverine movie was a bit dull, personally I liked it though, and one of the more memorable scenes was when Wolverine interrogated Noburo about the attempt on his own fiance’s life. Wolverine gives him ten words to explain his actions or else he goes through the window, and Noburo wastes nine of those before Wolverine punches him in the face. Giving him a chance to explain, Noburo reveals the assassination attempt was part of a deal with his fiance’s brother in order to claim her inheritance. Once Noburo is done talking Wolverine decides he doesn’t like what he’s heard and thusly throw Noburo through the window to the pool several stories down. When Wolverine’s partner asked how he knew there was there was a pool down there, his reply was simply “I didn’t!”

4) Iceman comes out to his parents 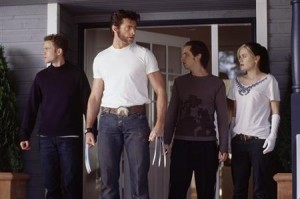 One of the quieter moments in X-Men 2 comes after Wolverine, Iceman, Rogue and Pyro have managed to escape the attack on the X mansion. Fleeing to Bobby’s (Iceman) house for safety, they attempt to hide the true nature behind their sudden appearance at Bobby’s home but soon find themselves having to come clean. The X-Men have often been used as metaphors for people who are different, whether that be religion, colour or sexual orientation and this scene is the closest the series comes to the real drama of someone “coming out” to their parents. The drama and subtle touches are key, and are well handled by Singer, even down to Bobby’s mother asking him “have you tried, not being a mutant?” 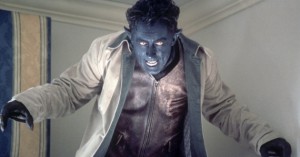 The opening to X-Men 2 is simply stunning and remains one of the franchises best set pieces. Bryan Singer first introduces Nightcrawler as he attempts to assassinate the President of the United States. Nightcrawler’s ability to teleport anywhere is used to perfection here, and really sets the tone for the rest of the movie. The scene is tense, and even though Nightcrawler fails in his attempt to kill the leader of the free world, it is clear that Bryan Singer has upped his action credentials since the first movie and this is a signalthat he has upped the ante in this movie too.

2) The attack on the mansion 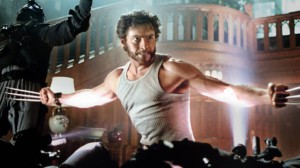 The attack on the home of the X-Men is one of the most tense and finely crafted scenes in the entire X-Men franchise. When William Stryker discovers that the privately funded school in upstate New York is also a mutant training facility, he orders a strike on the mansion to kidnap several mutants and gain access to Cerebro. He succeeds, mostly, but not before Wolverine has gone berserker on Stryker’s men and killed/injured the majority of them. When Wolverine utters the line “you picked the wrong house bub” to one of Stryker’s guards, you know things are about to get messy.

By far the most dramatic scene in X-Men 2, and one of the most dramatic in the entire franchise, is the moment when Jean Grey sacrifices herself to save her mutant brothers and sisters. Having defeated the evil William Stryker, the X-Men attempt to flee Alkali Lake before its dam bursts and the sheer power of the water takes them with it. As they are about to take off, the X-Jet suffers a malfunction and prevents them from taking off, Jean see’s only one way out of this and exits the jet. Once outside she forms a protective barrier around the jet and manages to ignite the engines which allows it to take off, leaving her to get crushed by the water. Director Singer had been hinting at Jean turning into the Phoenix, and becoming one of the most powerful mutants alive, throughout the entire movie, we even see a Phoenix type shape form over the lake in the final scene of the movie. It is just a shame he didn’t return to complete the story and instead we got Brett Ratner’s X-Men: The Last Stand.

Do you agree/disagree with my choices? Whatever your thoughts are, let me know in the comments section below.