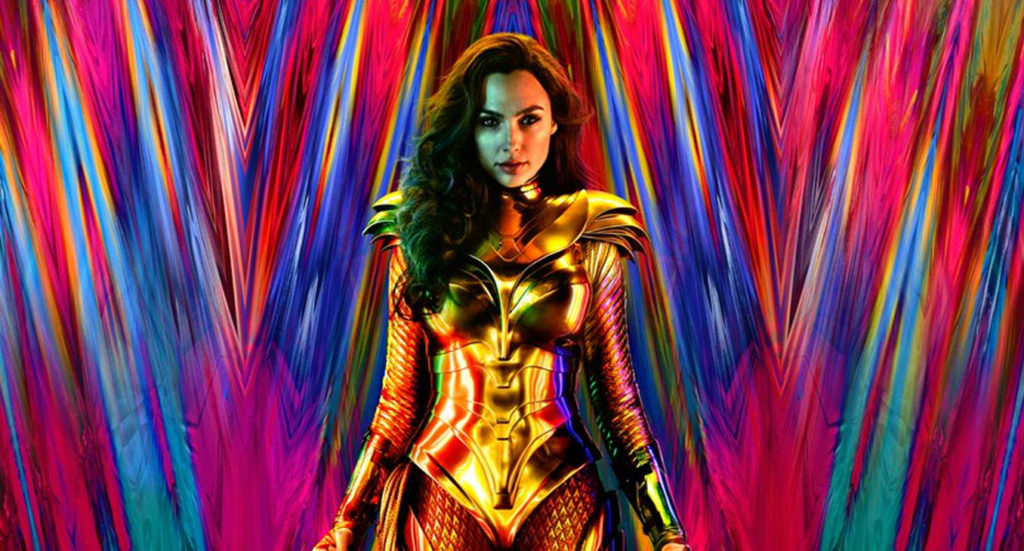 When Diana Prince walked over no man’s land in her first cinematic outing, it became an instant cinematic moment. The goosebumps flowing through your body and a few tears streaming from my tear ducts Patty Jenkins vision of Wonder Woman grabbed me and has never left my mind. Gal Gadot has championed one of literature’s most nuanced characters with grace, optimism and hope. Wonder Woman 1984 has jumped many hurdles to come out in cinemas finally, and it seems fitting during the festive season.

Set in 1984 Diana Prince (Gal Gadot) leads a quiet life working at the Smithsonian and now residing in Washington DC. Her life has changed dramatically since her previous outing, and she still mourns the loss of her partner Steve Trevor (Chris Pine). As her new colleague Barbra Minerva (Kristen Wiig) starts work at the museum, a mysterious stone needs to be identified, but celebrity philanthropist Max Lord (Pedro Pascal) has other plans for the stone.

Patty Jenkins sequel finds an exciting balance of thoughtfulness and action in this comic book caper. The film takes us back into Diana’s past as she learns about the importance of truth and how being truthful will make you a more incredible person. While she is running through an obstacle course of epic proportions, Jenkins weaves the fun of Wonder Woman with vibrant colourisation and fast-paced action. We are fully submerged into this world within its first 15 minutes. As we move into 1984, we see Diana has done a lot of growing up but leads a life of solitude. You can sense the loss she has suffered and how she can’t move on. Jenkins heavy emphasis on grief takes an emotional toll on the film and left yours truly in tears at moments. Diana has shied away from the world but continues to save the lives of the innocent. Her inner conflicts are what drives WW84 and Gadot channels grief in a tenderly natural way.

While there is a lot of heavy subject matter within WW84, the film is filled with stellar action sequences. Patty Jenkins keen eye gives the viewer a plethora of wide scope sequences full of adrenaline, power and flare. The shopping mall scene feels like a real 80s throwback, Jenkins moves through downtown Washington DC and shows you this fast-changing world. Full of arcades, mullets, fast food and cringeworthy outfits. As a robbery ensues at the mall, Wonder Woman crashes through the ceiling and saves the day. In this wondrously choreographed sequence, we see what Wonder Woman is all about. In this hyper-colourised moment, Jenkins delivers the full thrill of Diana but also how much the world needs her.

Patty Jenkins does balance this narrative on a very fine line, as some moments are overly explained and can become tedious. For every scene like this, Jenkins compensates it with a rich plethora of character arcs that become very compelling. While this film is about Diana, there is a focus of Max Lord and Barbra Minerva too. They both have their issues, but greed and the want for change drive them down a dark path. As Diana struggles to comprehend the return of Steve, she becomes overpowered by the mysterious stone. While she fights her demons to be at peace with herself, it comes at a high cost morally. This emotional tug of war drives a sequence of events that pushes Diana to her limits.

Gal Gadot is a beacon of hope for me personally. Her positive attitude and kindness towards people make her Wonder Woman. In WW84, she is challenged to give a more emotional performance than usual, and she succeeds. There is a scene towards the end that shows her full prowess that is emotionally crippling and tender. It was that scene where the whole message of WW84 is on full view. While we will always grieve for our loved ones, we must continue to live for them and ourselves. Newcomers Kristen Wiig and Pedro Pascal equally bring a lot to the table. They are a pair of rouges that haven’t had the world given to them on a plate, but they try to make their mark. Wiig’s outsider perfectly balances the humour and drama of the narrative. While Pascal is a black hole of wanting, and this urge takes over his soul. He has forgotten who he is and what he wanted to achieve in life.

Wonder Woman 1984 is an entertaining thrill ride that challenges us to reflect upon ourselves. Tragedy may affect us, but it shouldn’t shape us as we try to live.