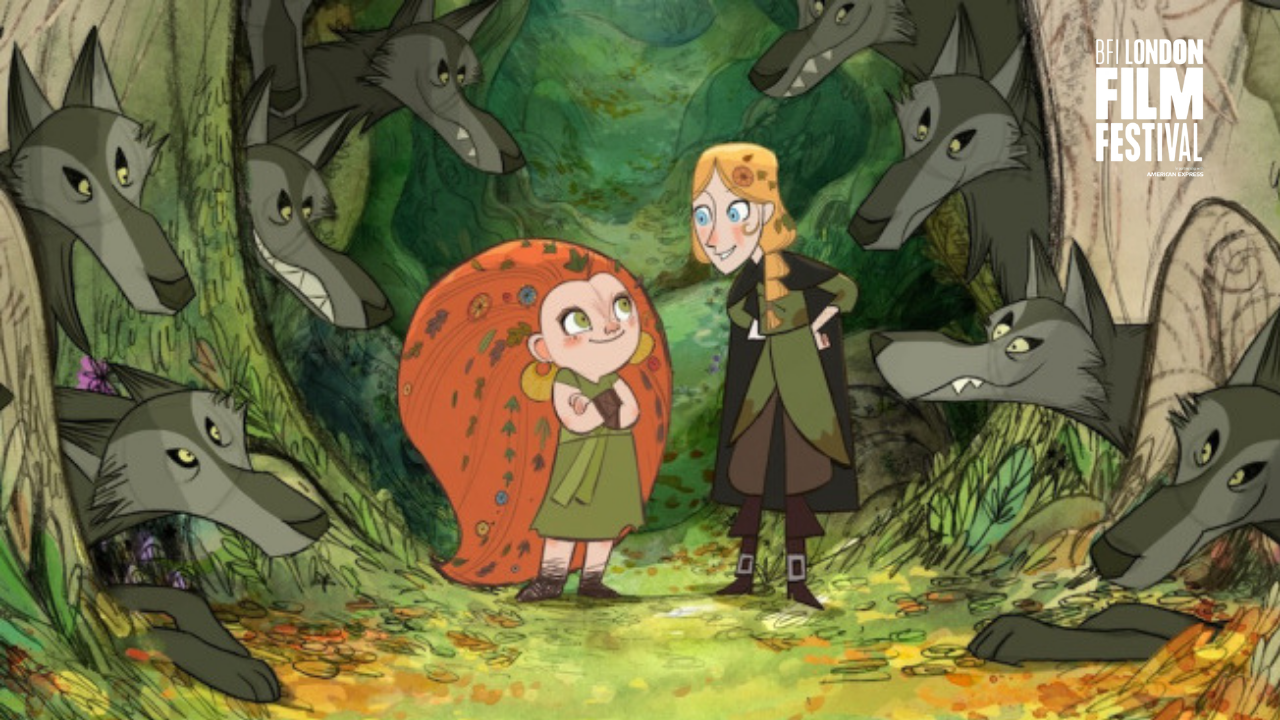 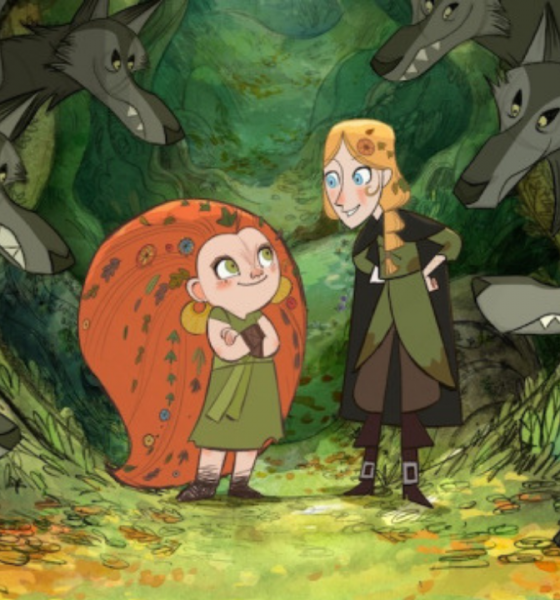 Seemingly from out of nowhere, Wolfwalkers has emerged as a serious contender for 2020’s film of the year. I say seemingly out of nowhere, but when the folks over at Cartoon Saloon (Song of the Sea, Secret of Kells, The Breadwinner) are the masterminds behind the work, then really it should come as no surprise at all. The Irish animation studio’s unique brand of folkloric cinema suffused with ample helpings of visual flair and narrative intricacy have seen them quietly slot themselves in alongside the likes of Studio Ghibli and LAIKA as masterful storytellers, cut from a different cloth to the megabucks monoliths built by the likes of Disney and Illumination.

With Wolfwalkers, we find ourselves transported to Kilkenny, Ireland, in the 1650s. Young apprentice hunter Robyn (Honor Kneafsey) and her father Bill (Sean Bean) have travelled from England to help the Cromwellian Lord Protector (Simon McBurney) vanquish the land’s last remaining wolf pack. Robyn and her beloved hawk Merlin playfully act out hunting for wolves in the film’s opening, where Robyn’s love for her father and will to impress and help him bursts forth as she breaks his rules to accompany him to the forest’s edge, where the wolves reside.

When Robyn sneaks a little too far from her father’s reach on one excursion, Robyn is ensnared by a trap, only to be found by Wolfwalker Mebh (Eva Whittaker). Whilst Robyn tellingly lashes out as her father has taught her to, earning herself a significant scratch in the process, the feisty Mebh frees her. Unbound and newly unafraid of one another, Mebh shows Robyn a little glimpse into her way of life as the pair pursue some “town tasties”. Along the way, Robyn learns that the wolves pose no threat or danger, and that they simply await Mebh’s mother’s return so that they may leave the village alone.

When her discoveries and suggestions fall on deaf ears with her vengeful father, Robyn goes to bed, awakening to find that she herself has become the very thing her dad has been sent to destroy. From there on, her entire worldview shifts before her very eyes, both literally and figuratively. Visually, minimalist brush strokes and a rough, almost conceptual art style bring us into the Wolfwalkers’ POV, offering an enchanting experience quite unlike anything else the medium has evoked before. Narratively though this transition more than matches up in power too, as Robyn’s true journey of self-discovery alongside Mebh begins.

With a missing mother to be found and a bloody battle to be avoided at all costs, Robyn finds herself at the centre of a sprawling story of family, womanhood, the clash between man’s colonialist designs and nature’s own laws, and identity itself. Unafraid to viscerally demonstrate man’s bloodlust and hunger for power, as the villainous Lord Protector brings Kilkenny’s populace to a frenzied boiling point, Robyn is charged with saving two worlds from devastation.

In a film with such high stakes narratively and stylistically, Cartoon Saloon’s storybook-like Nordic-inspired animation utilises colour marvellously to evoke mood and dictate tone. As the film progresses, Kilkenny and the forest’s environment themself become as much a feature of the tale as any man or beast. Wolwalkers’ ochre, autumnal palette is just sumptuous to behold, and the fantastical realms of the inner forest, contrasting the concrete austerity of the town, remind us with Miyazakian flair that nature is magic and humans would do well to keep that in mind as they seek to rule over and own it.

Boasting a truly astounding and fiercely idiosyncratic animation style, and with a surge of magic coursing through its every frame, Wolfwalkers is an elemental tale told in inimitable fashion by an animation studio only just reaching the height of their powers. It is a beautifully written, impeccably performed, and utterly beguiling picture from beginning to end, and in the form of the plucky and morally resolute Robyn, the folks over at Cartoon Saloon have given us a heroine for the ages.

It wouldn’t be superlative to suggest that Wolfwalkers is amongst the greatest animated films of the past decade – this is simply spellbinding work.