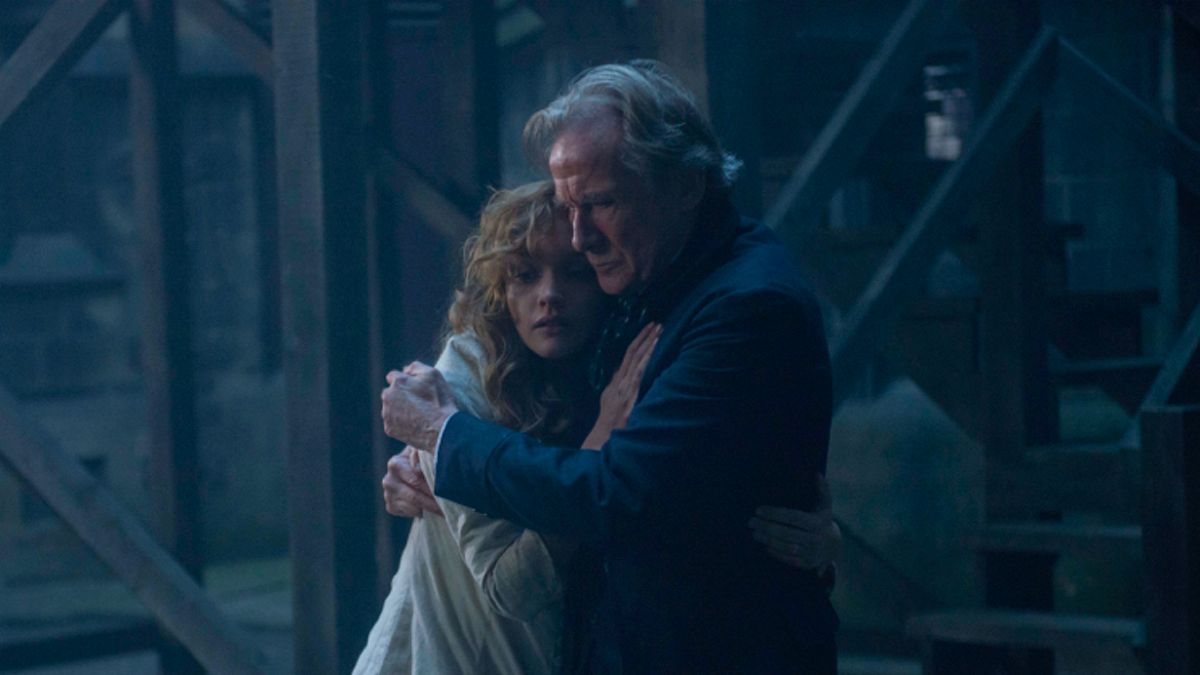 To celebrate the release of ‘The Limehouse Golem on DVD & Blu-ray from Boxing Day (December 26th 2017) we’re giving away a copy of the film on DVD, a copy of the book and a poster signed by Bill Nighy.

To win this great prize bundle, simply answer the question at the bottom of the page!

The tradition of serving up gothic terror at Christmas dates back to the 1800s and this year sees acclaimed thriller, THE LIMEHOUSE GOLEM, enter the fray, arriving on digital platforms on Christmas Day and on Blu-ray and DVD on Boxing Day courtesy of Lionsgate Home Entertainment UK.

Victorian London is gripped with fear as a serial killer – dubbed The Limehouse Golem – is on the loose and leaving cryptic messages written in his victims’ blood.  With few leads and increasing public pressure, Scotland Yard assigns the case to Inspector Kildare (Bill Nighy, Their Finest) – a seasoned detective with a troubled past and a sneaking suspicion he’s being set up to fail.  Faced with a list of suspects, including music hall star Dan Leno (Douglas Booth, The Riot Club), Kildare must discover which one is the killer before the Golem strikes again.

Based on the novel by Peter Ackroyd and scripted by Jane Goldman (The Woman in Black), Olivia Cooke (Me and Earl and the Dying Girl), Sam Reid (’71), Daniel Mays (TV’s Line of Duty) and Eddie Marsan (Filth) star in suspenseful murder mystery, THE LIMEHOUSE GOLEM; serving up the perfect antidote to the festive season’s more saccharine excesses.

Check out this clip from the film

Q. Bill Nighy, who stars in ‘The Limehouse Golem’, played which character in ‘Love, Actually’?