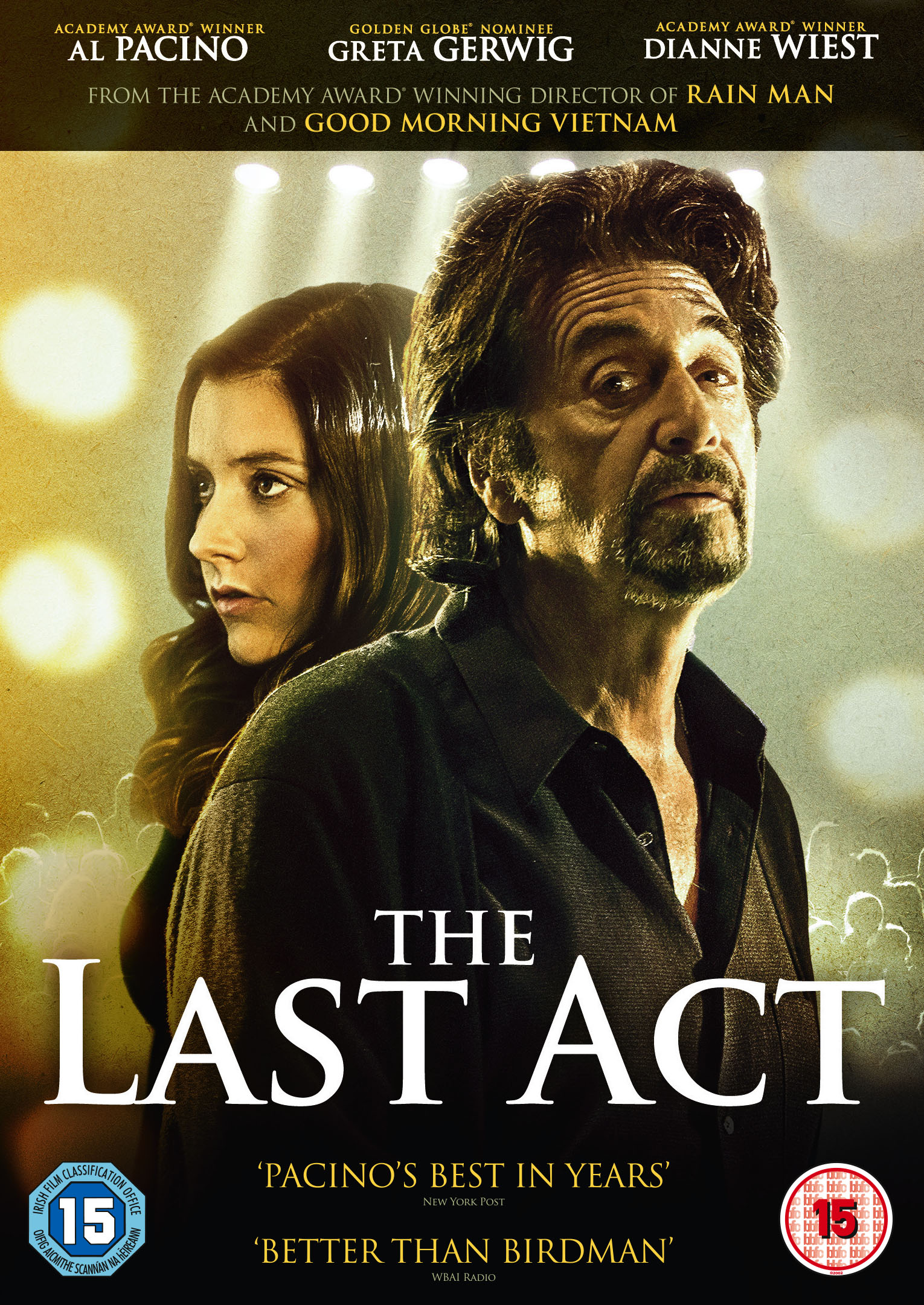 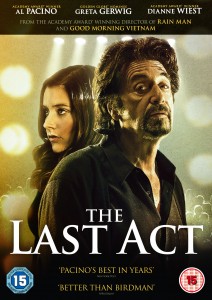 “The world was his stage…

The Last Act, from Academy Award® winning director Barry Levinson, tells the story of Simon Axler (Academy Award® winner Al Pacino; The Godfather); an aging actor who is struggling to separate scenes from his play from real life events. As his world slowly starts turning upside-down, Simon embarks upon an affair with a friend’s lesbian daughter (Golden Globe® nominee Greta
Gerwig; Frances Ha), but soon finds it is difficult to keep up pace with her.

To be in with a chance of winning a copy of ‘The Last Act’, simply head to our twitter page @MovieMarker , follow us and retweet our WIN! The Last Act on DVD tweet, we posted a little earlier making sure you include the hashtag #TheLastAct

The closing date for entry into the competition will be 12pm on the 4th May. Entries after this time will not be counted.

Three winners will be selected at random from those who meet the criteria as set out in the competition article – follow @MovieMarker,retweet the competition tweet and ensure the hashtag #TheLastAct is included. If any of these conditions are not met, the prize will be transferred to the first runner-up, then second and so on.

Winners will be notified via twitter and direct message no later than 5pm on the 4th May.

WIN! DATE AND SWITCH on DVD!