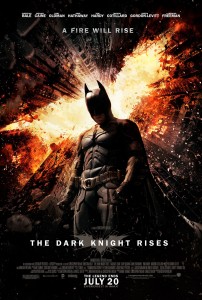 Easily the most anticipated film of 2012, but on July 20th.. the talk and the legend will END.  To coincide with Christopher Nolan’s grand finale to his Batman trilogy ‘The Dark Knight  Rises’ which sees the rebirth of Bane and Catwoman, Movie Marker is prepared to send fans of the films ‘batty’ by giving away some prizes!

For your chance to win, answer this question correctly..

Q: The composer of The Dark Knight Rises received an Academy Award for his original score for The Lion King. More recently, he was nominated for Best Original Score for Christopher Nolan’s Inception. Name this composer.

Simply send your answer to admin@moviemarker.co.uk along with your name and home address to be in with a chance of winning.

You must be a registered user on the site to be considered so sign up on the right hand side of the page.