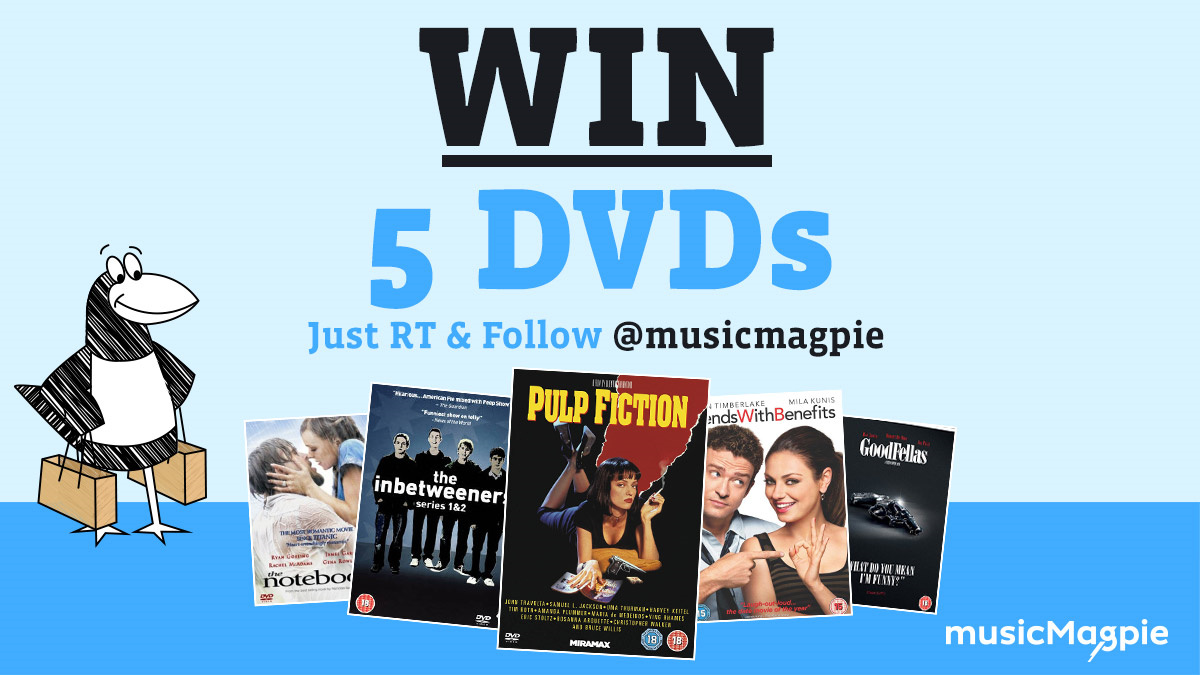 We’ve teamed up with musicMagpie to offer you the chance to win some great TV and Film prizes on DVD from their pre-owned collection!

To be in with a chance of winning, you’ll simply need to retweet one of our competition tweets and be following @musicMagpie on twitter! You’ll have a couple of chances to win as there’ll be several tweets over the coming days!

Of course if you don’t win, you can always head to the musicMagpie online store and pick up some bargains, choosing from hundreds of new and used DVD’s! 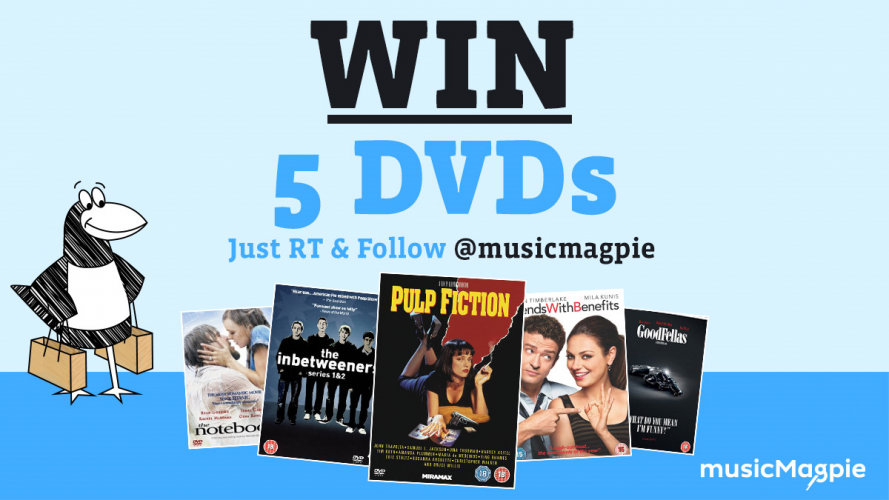 The competition will end at 2100 (GMT) on the 16th February, entries after that will not be counted.

To be eligible you must have retweeted one of the several competition tweets which include the above image and you must be following @musicMagpie on twitter.

This competition is run in association with musicMagpie and they have final decision on eligibility for winners.