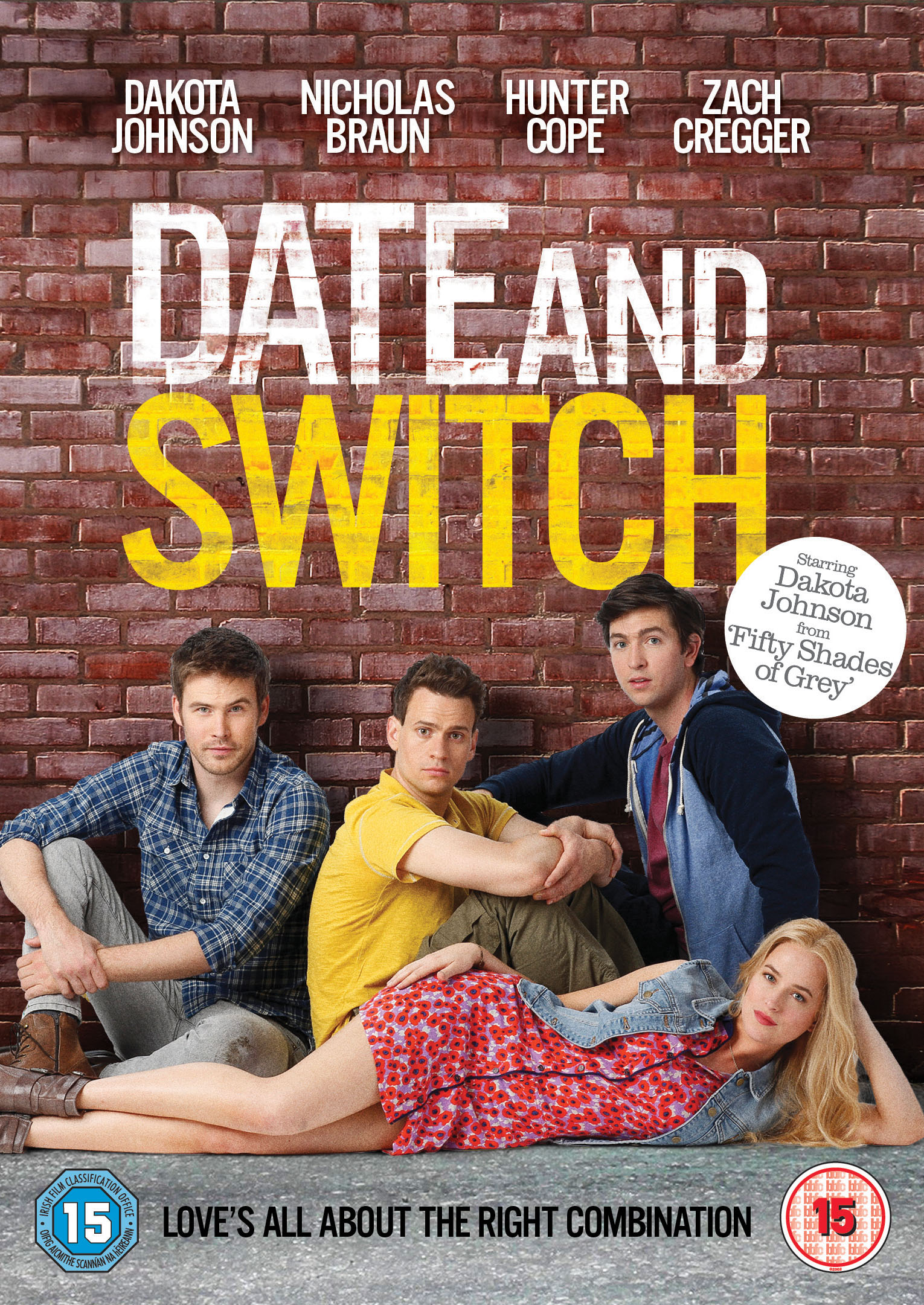 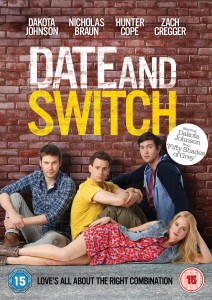 With the upcoming release of the brand new comedy from the minds of Alan Yang and Chris Nelson, we have copies of the DVD to give away to the winners of this competition! That’s right! Answer our question and you could win a FREE DVD!

LIONSGATE
Presents
DATE AND SWITCH
Avaliable on digital download 26th January and on DVD 9th February,
2015. From the comedic writer behind Parks and Recreation comes high school comedy, DATE AND SWITCH. Starring Dakota Johnson, of the upcoming Fifty Shades of Grey) and Nicholas Braun (The Perks of Being a Wallflower) this cheeky romantic comedy tells the story of lifelong friends, Michael and Matty who make a pact to help each other lose their virginity before their high school prom. But when Matty tells his best friend he’s gay, complications ensue and their friendship is tested as they attempt to fulfill their pact. Also featuring Sarah Hyland (Modern Family), Nick Offerman and Hunter Cope.

To be placed in our draw to win a copy of ‘Date and Switch’ simply answer the question below correctly! Send your answer along with your posting address to competition@moviemarker.co.uk.