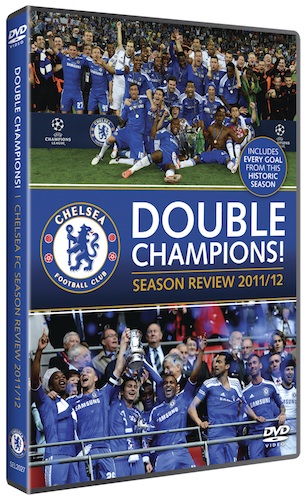 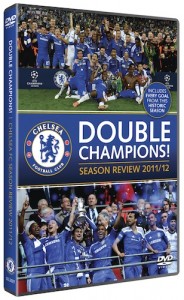 You may be thinking.. why on Earth is MM giving away football DVDs? Well.. with the excitement of Euro 2012 engulfing us all, we wanted to make an exception!

A competition bound to prick up the ears of the blue sector of London, we are giving away two copies of Chelsea FC’s traditional Season Review DVD for 2011-12.

To be in with a chance of winning, answer this question correctly.

Which Hollywood actor is a fan of the London based club??

For Chelsea FC, 2011/12 was an incredible season that will live forever in the hearts and minds of players and fans alike as the club completed an historic double. Chelsea first beat Liverpool at Wembley to win The FA Cup. Then the club ended years of heartbreak to finally lift the coveted Champions League trophy, beating four times winners Bayern Munich at their home arena in one of the most exciting finals in recent times.

A season that promised so much looked to be heading towards disappointment as Chelsea’s league and European form faltered.  However, under Chelsea old boy and club legend Roberto Di Matteo, the incredible spirit of the club shone through with Chelsea putting together two sensational cup runs which will stay with their fans forever.

Every match and every goal from this unforgettable season are covered in this action-packed DVD review. Extra bonus material includes interviews with Petr Cech, Branislav Ivanovic and Salomon Kalou as well as a montage of the season’s most memorable moments.