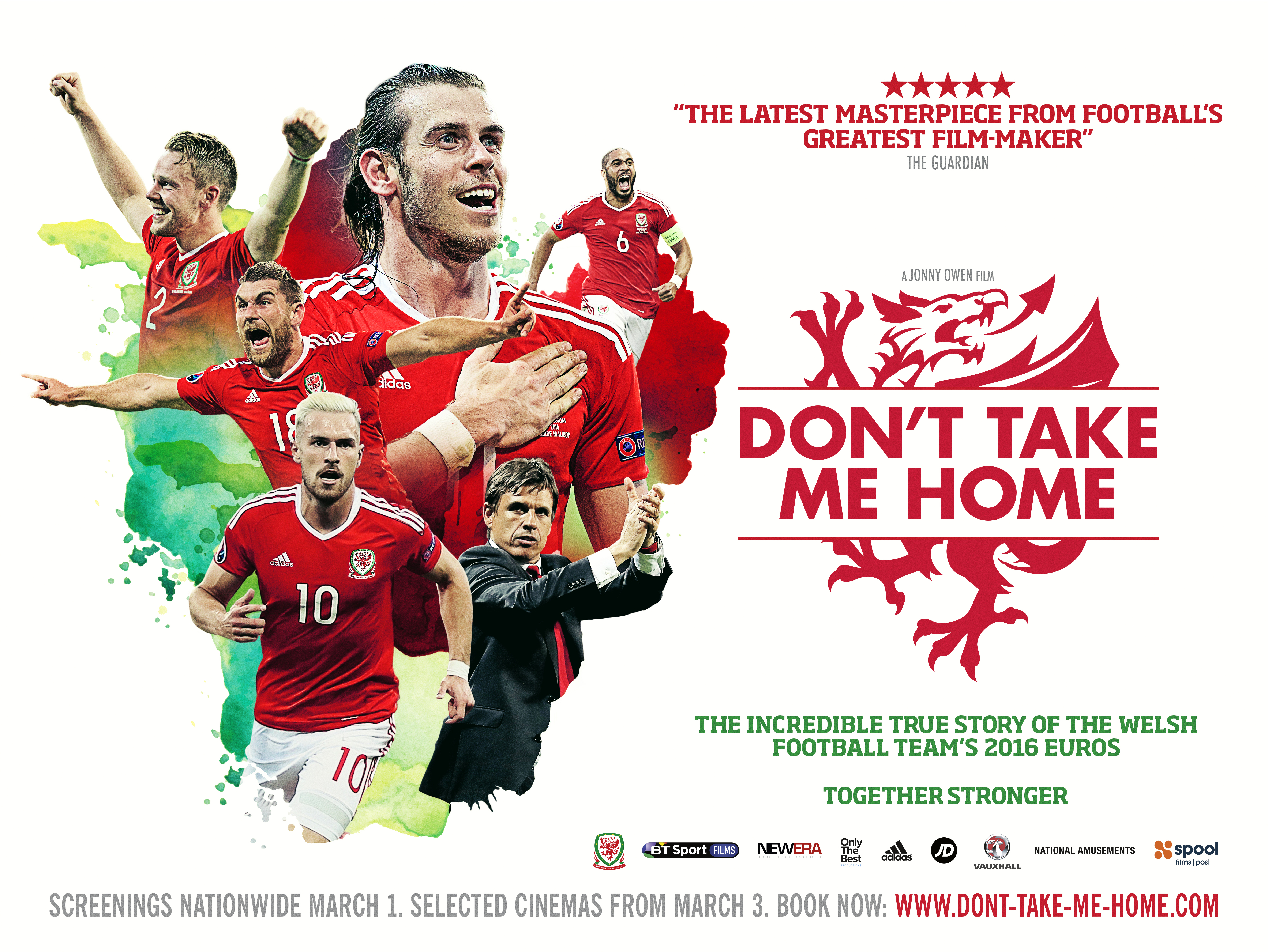 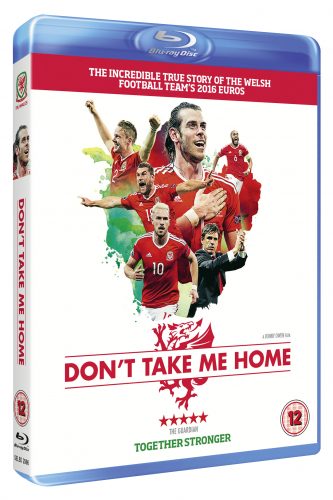 To celebrate the Home Entertainment release of the rousing feature-documentary DON’T TAKE ME HOME, we have a Blu-ray copy to giveaway.

An inspiring documentary from Welsh filmmaker JONNY OWEN (I BELIEVE IN MIRACLES) following Wales’ remarkable journey to the final stages of the 2016 European Championships.

For the last 60 years Wales have tried and failed to qualify for a major football tournament. Having gone through the grief of previous manager Gary Speed’s tragic death, heavy defeats, and positioned as a tiny country team with no pedigree, all bets were off for how the underdogs would perform.

Led by star player Gareth Bale, the team quickly became the outside favourites, dazzling millions of viewers. There’s an ancient Welsh saying,  “Yma o Hyd” which translates as, “we’re still here” – a defiantly apt statement from the smallest country in the history of the game getting to a major tournaments semi finals.

DON’T TAKE ME HOME tells the story of that journey, how Wales shook the footballing world to its very foundations, beating tournament favorites Belgium to the reach the semi-finals – focusing on the players, managers and supporters

To be in with a chance of winning simply answer the following question:

A) Exit Through The Giftshop

B) I Believe In Miracles

Winner will be notified by email after the closing date on July 7th 2017 from all valid entries. This prize is provided by Spirit Entertainment and no alternative prize is available.