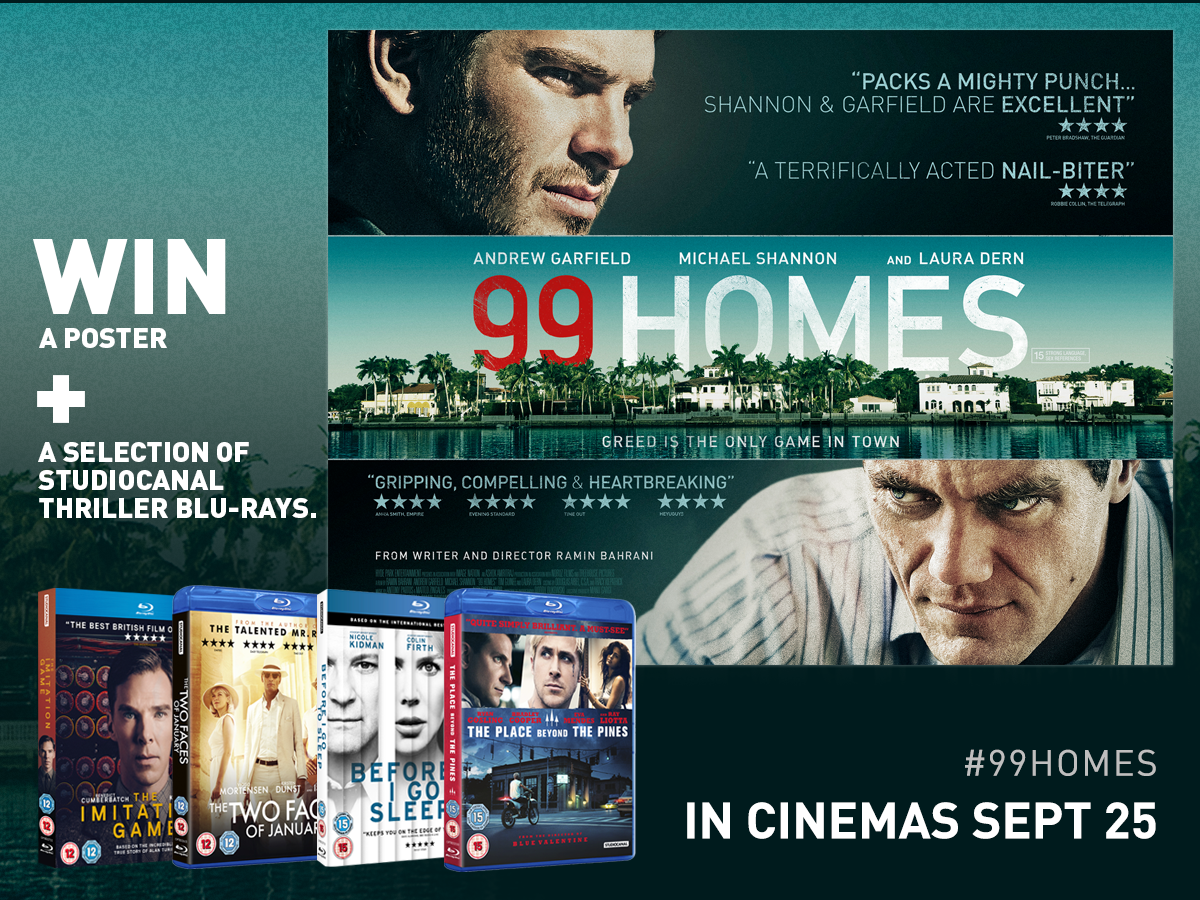 “Andrew Garfield (The Social Network) and Michael Shannon (Boardwalk Empire) star in the critically acclaimed 99 HOMES. Set against the backdrop of the foreclosure crisis and inspired by true events, 99 HOMES is a tense and riveting thriller about the lengths one man will go to support his family. In cinemas September 25th.”

Ahead of the release of the thrilling 99 HOMES on Friday 25th September, we’ve teamed up with STUDIOCANAL to bring you this wonderful competition to win a poster of the film along with a bundle of Blu-rays from the studio.

To be in with a chance of winning this fantastic prize, simply answer the following question:

To enter simply send your answer to competition@moviemarker.co.uk

A winner will be chosen at random from all entries across all platforms (email, facebook, twitter) after the closing date of Monday 28th September at 1pm.

Winner will be notified via the method by which they entered. Email, or direct message on twitter or facebook. To be entered correctly via facebook, you must have liked the Movie Marker page and shared the post. To win via twitter you must have followed the @MovieMarker page and retweeted the compeition post that is pinned to the profile page.

There is no alternative prize, the films listed in the bundle cannot be exchanged for other titles. There is no cash alternative.

If for any reason the chosen winner is not contactable a second winner will be drawn from the other entries and so on until a suitable winner is identified.

Related Topics:99 HOMESCompetition
Up Next