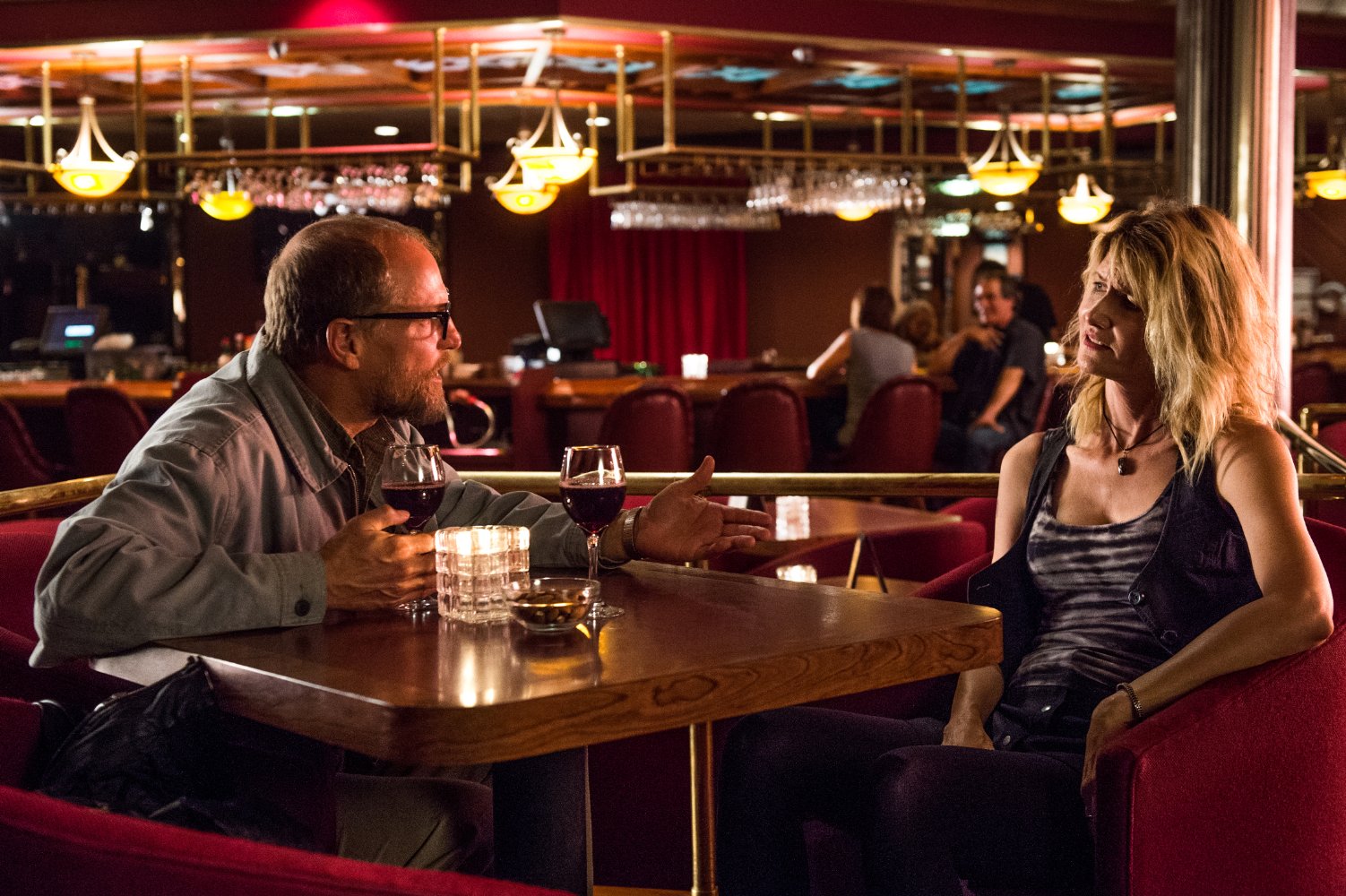 Daniel Clowes’ graphic novel comes to life as Woody Harrelson brings the neurotic filterless Wilson to the screen. Gut-bustingly hilarious and refreshingly loose in its absurdist comic narrative, The Skeleton Twins director Craig Johnson (working from a script by Clowes) knows just the right level of diner-coffee-fuelled energy to thrust into proceedings, proceedings for which only such an eye could keep up with the comedic tour de force that is its eponymous lead.

Bill Murray may have remained unchallenged in the “indie-movie curmudgeon” stakes this past decade or so, but Harrelson stakes a mighty claim as the man who wants to talk to everybody despite an inability to filter the things that spew from his mouth. Like St. Vincent with Zombieland wit, Wilson feels throughout like a role tailor made for the Natural Born Killers star – a small-town tale that offers him the depth of a festival-friendly drama, but with the riotous F-bomb-laden comedic aggression of a Harold & Kumar movie. If there’s a role Harrelson was born to play, it’s this, and to call it an awards-worthy offering (something of a rarity nowadays for comedic performances) wouldn’t be understating the quality one bit.

Cinematically, there’s a somewhat disparate plotting to it all – with Harrelson’s middle-aged loner reconnecting with his estranged ex only to discover she never quite got that abortion she claimed seventeen years earlier leading to everything from parental reconnection to prison and beyond – but the brilliantly captured energy of its lead keeps Wilson tied rather firmly together and ensures it never slips out of director Johnson’s hands. A terrific supporting cast help rein things in further – with Laura Dern, relative unknown Isabella Amara, and the always engaging Judy Greer each showing off a different facet of the women in Wilson’s life – and some startlingly cutting gags from writer Clowes ensure its never anything less than memorable.

Comparisons with St. Vincent seem unavoidable in light of the tone and deadpan familial comedy Wilson tackles, yet that’s not necessarily a bad thing in context. Wilson offers one of the best performances of Woody Harrelson’s career, and certainly marks one of his most memorable characters. It proves periodically touching, but never lets up in being outright hilarious, offers its director the opportunity to make a sincere indie drama, but never even briefly shies away from R-rated hilarity. Wilson’s a picture you should most definitely make time for and a character you should get to know, even if the central gag hangs on the notion that you really shouldn’t want to.

Norman: The Moderate Rise And Tragic Fall Of A New York Fixer