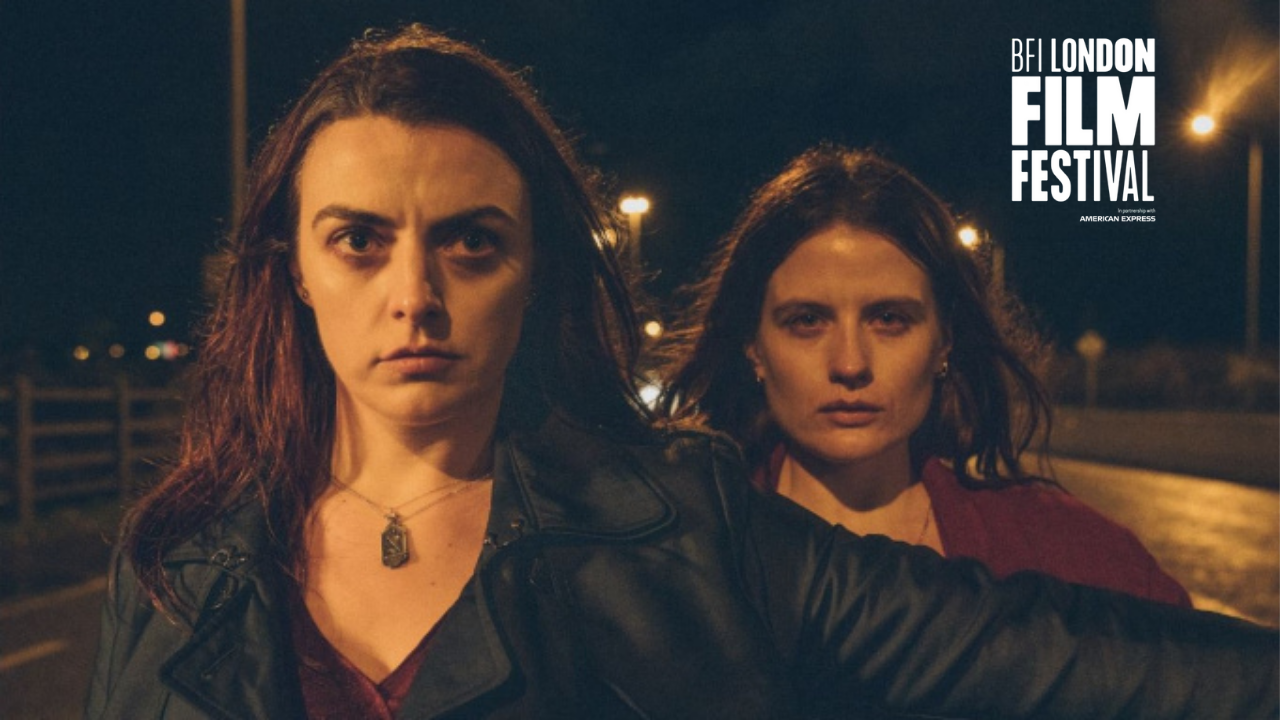 Sisters Kelly (Nika McGuigan) and Lauren (Nora-Jane Noone) reunite following Kelly’s year-long disappearance, in a film which looks at the cause and effect of childhood trauma. Orphaned at a young age, their dad killed in The Troubles (the three-decade conflict between nationalists and unionists) and their mother’s death shrouded in mystery and still gossiped about, and they struggle to bond again in a place once ravaged by the fighting.

As Kelly, actress McGuigan, who has devastatingly since passed away after a short illness, lights the film with a kind of talent that is rare to see. Driving the film, we’re introduced to her from the opening sequence when she arrives back in Ireland and makes the trip to the border. Looking exhausted but defiant, it’s unclear where she’s been but she’s clearly a survivor. Once reunited with her sister Lauren; however, she’s painfully vulnerable and easily sinks into the role of the younger sister.

The sisters discuss their mum’s death frequently, Kelly even finding her old coat and adopting it as her own. The stark red of the coat becomes almost a mascot, with strangers in town remarking casually, harrowingly, on how she’s the spitting image of her mum.

The theme of mental health is explored at length as questions about their mother’s behaviour and neglect growing up are questioned; Christmas in July, accidentally letting them get heatstroke one summer after a day of swimming in the lake. As they probe into the past, Kelly seems to unravel at the same time – looking for an identity she’s lost, struggling to feel at home in the only place she’s ever really known. As Lauren, Noone builds on her character to find the strength needed to pull her family close and protect it, as it becomes clear she had to do when they were children. The role of siblings, it seems, never really changes.

Although the film opens with powerfully emotive footage of the violence once seen here, as well as the ‘Good Friday’ agreement which brought an end to it, the history of the town is frustratingly only really hinted at in the rest of the piece; Lauren’s place of work is a large warehouse which stands on a large bombing site, one of her colleagues has a limp from being in the wrong place at the wrong time. I craved more of the human story behind it and less of the stark details of what happened. Often Brady got close, an encounter with a perpetrator at a bar was slick with tension, but it was over before it began. It’s then I came to understand that the characters, like the community, are trying to put it behind them. To keep on moving on.

While the third act of Wildfire, unfortunately, struggles to sour, the unflinching, powerful performances by Noone and McGuigan keep it reaching for higher ground. It’s well worth a watch for this reason, and as a stark and necessary reminder of the painful conflict brought to a community that is still healing. Brady has a unique talent, and I’ll be waiting with bated breath to see what she does next.